Smith, who left the Italian Rugby Federation for the Glasgow job, will be looking to replicate the same ball-in-hand attacking approach that was successful for him when he was in charge of the Toyota Cheetahs in the erstwhile PRO14, and the former Springbok back now finds himself with the task of trying to take the Warriors forward to being the force they were in the predecessor of the Vodacom United Rugby Championship.

Smith, who has coached in both PRO14 and Vodacom Super Rugby, said while it will still be difficult to win in South Africa, teams will take a step up now that they know what they will face in the Republic.

“It’s good to compete, I’ve competed with them in the Currie Cup and Super Rugby," said Smith.

"It is an excellent competition to be part of through the years, and now with the South Africans coming in, they are just adding a bit more spice and intent.

“Them coming in, playing in the final, will definitely influence the way the rest of Europe is looking at the game again. They should expect a step up from all the other European teams, which is inevitable after last year."

Asked what was needed for the European sides to do better in Africa, he immediately pinpointed physicality.

“South African sides are very happy at home, they love waking up and all the build up towards the day. We grew up with that, the braaivleis fires on the way to the game, the excitement outside the stadium and the temperature is very good. Very few games are played in the wet and uncomfortable weather. The environment in South Africa is a little bit different,” Smith explained.

“You just need pillars that back up the ball-in-hand approach that you want to play.”

After a stint as Italian national coach, Smith turned his attention to the development of young Italian talent, and has already seen some of the fruits of his labour come to fruition, as the Under-20 side beat Wales earlier this year.

The structures he put in place should strengthen Benetton and Zebre Parma, but Smith admits he missed coaching on the field, and when the Glasgow approach came, he couldn’t say no. 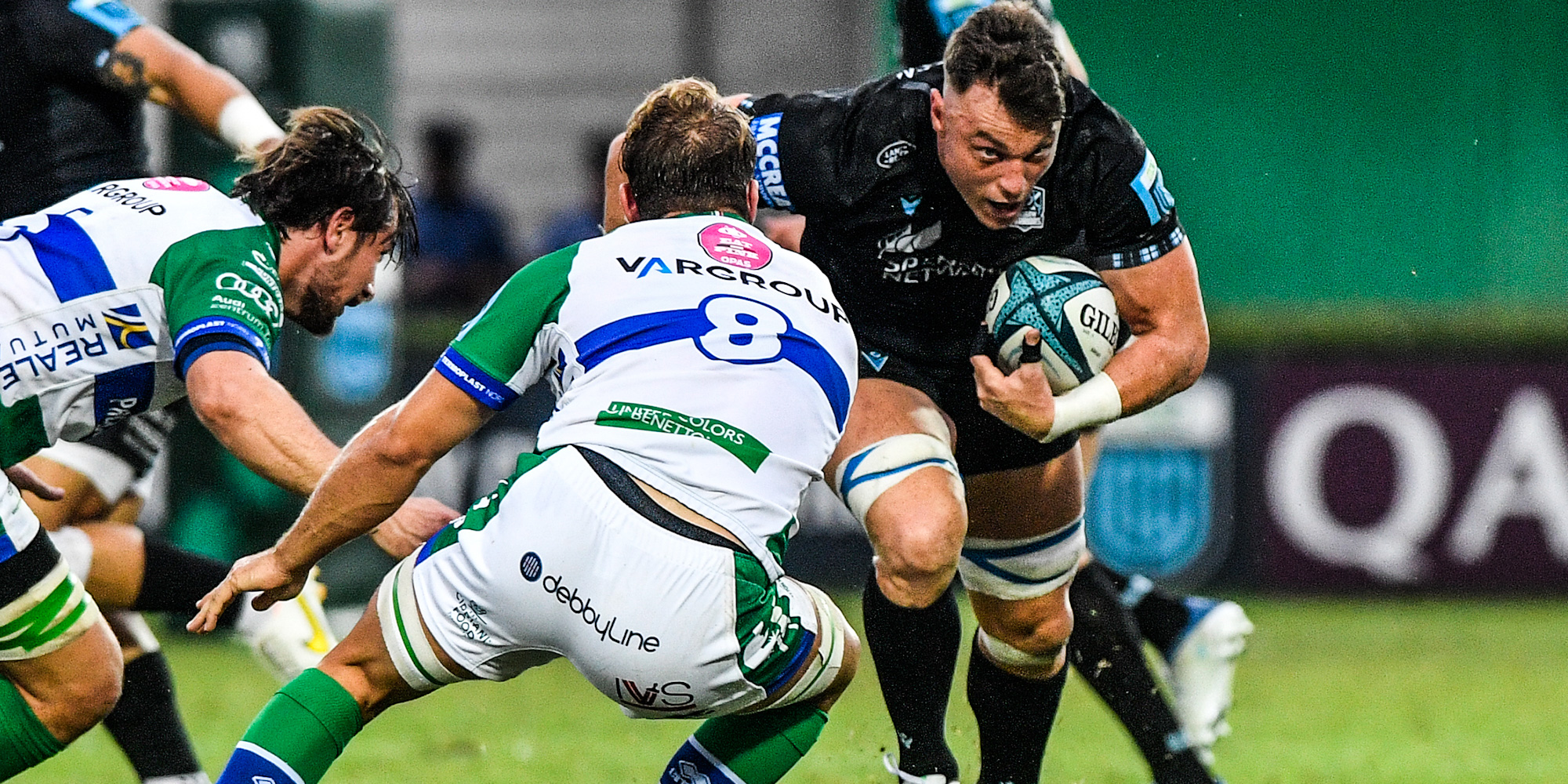 Jack Dempsey on the attack for Glasgow in their Vodacom URC defeat against Benetton last weekend.

“I’ve done a fair job there in Italy - I put structures in place, there was no high performance system and now there are 25 guys in their high performance department, and they are tracking 125 players," he said.

"They have a medical environment that are looking after those players. They have a head medical doctor and physiotherapist, S&C and all the coaches are aligned. There is - as I call it - an Italian job programme written from training intensity to what we need in the gym. But at the end of the day I always wanted to go back to the field.

“When I wanted to leave after the Six Nations, there was nothing there - there was just 30 players to choose from and I had to use Test week windows to train players and that was a frustration, and so I said I would rather go.

“I explained to them what they needed and so they basically begged me to stay and put it in place. I put it in place, now I want to coach, want to be back on the field.

“Glasgow’s way of doing things is very similar to what I want to do. With the artificial pitch and what Gregor Townsend has done here before, creating a look-to-play mindset, I don’t have to convince them why I’m kicking to touch and not for goal. They want to see tries, they want to see an intensity game.

“So when they approached me, it was a good decision to make and now I’m back in it.”

Smith will try to convert Glasgow to a ball-in-hand game plan but admits there is a weather factor to overcome first.

But he is confident the Scottish side can showcase their skills in any weather.

“I still feel there is a weather challenge for us. My philosophy from the start was to marry Super Rugby experience with my experience in Europe," he said.

"I don’t want to use the All Blacks as an example but they’ve always had a look-to-play mindset. The way they put up 50 points in a wet-weather game the other day proves that if you have the skillset and the ability then the Northern Hemisphere conditions can also be conquered.

“Without getting too ahead of myself, advantage line dominance is still the big thing in Europe and the guys are still running really hard. They don’t play so well in front of the contact as I think they should. There is a big challenge in that regard.

“Ireland has proven that this is the way to go to keep the crowds in the seats and also to win. To develop the players, to be a part of growing the process, and to make world rugby entertaining as well as a winning product, I have a good opportunity here in Glasgow.”

Smith knows his challenge all too well, and knows what it takes to succeed in the tournament. Given enough time, it wouldn’t be surprising to see the attacking philosophy take effect and bring results, something Glasgow fans will be chomping at the bit for.