The remainder of the squad of 32 players selected by head coach Stanley Raubenheimer and announced by SA Rugby President Mr Mark Alexander on Wednesday in Cape Town, will all make their Rugby World Cup debuts in New Zealand, where the Springbok Women will face France, Fiji and England in Pool C in October.

Six players – Lerato Makua, Zintle Mpupha, Simamkele Namba, Nadine Roos, Sizophila Solontsi and Eloise Webb – also represented the Springbok Women's Sevens team at the Rugby World Cup Sevens in what can only be described as a ground-breaking year for women's rugby in the country.

Mr Alexander congratulated the players on their selection and said they have done South Africa proud already.

“We all know where we started and to have seen this team grow – in stature and performance – is testimony to the abilities, planning and execution of the coaching staff and the Rugby Department at SA Rugby,” said Mr Alexander.

“We are sending this team to New Zealand knowing they will be very competitive, fit as can be and mentally strong to represent every South African back home. Congratulations to every player, but also to their families and loved ones, as they are often those who make the real sacrifices. Thank you to all those who silently support in the background.”

Stanley Raubenheimer on the training field.

Raubenheimer said the selection of the squad was fairly easy as they have been building squad depth over a number of seasons.

“We wanted experience in the squad and depth in every position, and I am pleased to say we have achieved that,” said Raubenheimer.

“The pandemic worked for us in that regard as it gave us an extra year to prepare as the tournament was moved to 2022, and we are going to New Zealand knowing that we have given ourselves the best chance possible.

“I feel a sense of anticipation now, thinking back to where we started and how we have grown, and that we are now ready to take on the best teams in the world. We have our objectives and one of them is to not only make the country proud with our effort, but ourselves as well.

Booi said she and her fellow squad members have enjoyed the journey thus far. 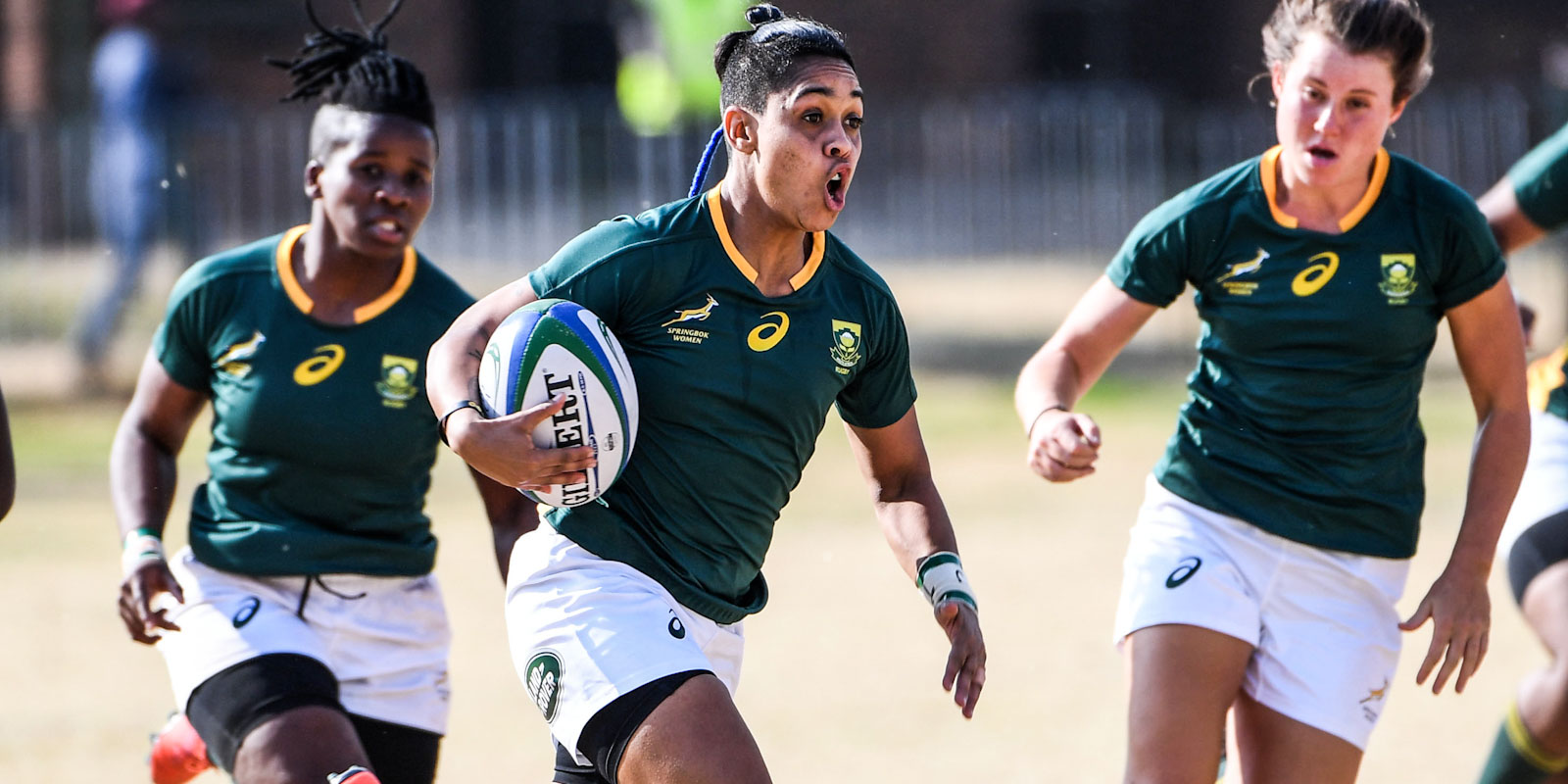 Zenay Jordaan will play in her third Rugby World Cup.

“The players in the squad, and those that were part of the journey over the last four or five years, all contributed to the effort,” said the Springbok captain.

“Those who helped us qualify way back in 2019 and others that played along the way, but who are not here, we thank you for that.

“To my team-mates, we carry the hopes and dreams of many a young girl, but we also carry the responsibility of playing for the South African flag and the Springbok badge. Those demand a standard of excellence, and we are determined to deliver such a performance,” added Booi.

All matches will be live on SuperSport.