The Vodacom Bulls and DHL Stormers are taking the field on Saturday in Pretoria and Nelson Mandela Bay respectively, while the Emirates Lions stage another Sunday afternoon match in Johannesburg.

There is a nice treat in store for Eastern Cape rugby enthusiasts on Saturday as the DHL Stormers take their 14h00 clash with the Dragons to the Nelson Mandela Bay Stadium, and the Vodacom Bulls host high-flying Cardiff at Loftus Versfeld at 20h00.

On Sunday, at 13h30 the Emirates Lions face the Scarlets at Emirates Airline Park to wrap up round nine of the competition.

Interestingly, a total of 18 victories this season have come from teams who finished lower than their opponents last year; with Cardiff’s surprisingly easy win over the Cell C Sharks last weekend marking a historic moment as they became the first Welsh team to win away in South Africa in the Vodacom URC.

With the race to the top eight heating up, no less than six teams are just one win away from the play-off positions, which will no doubt add another exciting element to the action.

Last weekend’s 35-0 defeat in Durban to Cardiff have seen the KwaZulu-Natalians slip to 12th position on the log, while the Ospreys are two places lower on the standings.

The Cell C Sharks – whose head coach Sean Everitt stepped down early in the week, with Director of Rugby Neil Powell taking the reins – have lost their last two Vodacom URC fixtures and have not lost three in a row since October 2021, so they will be eager to redeem themselves. 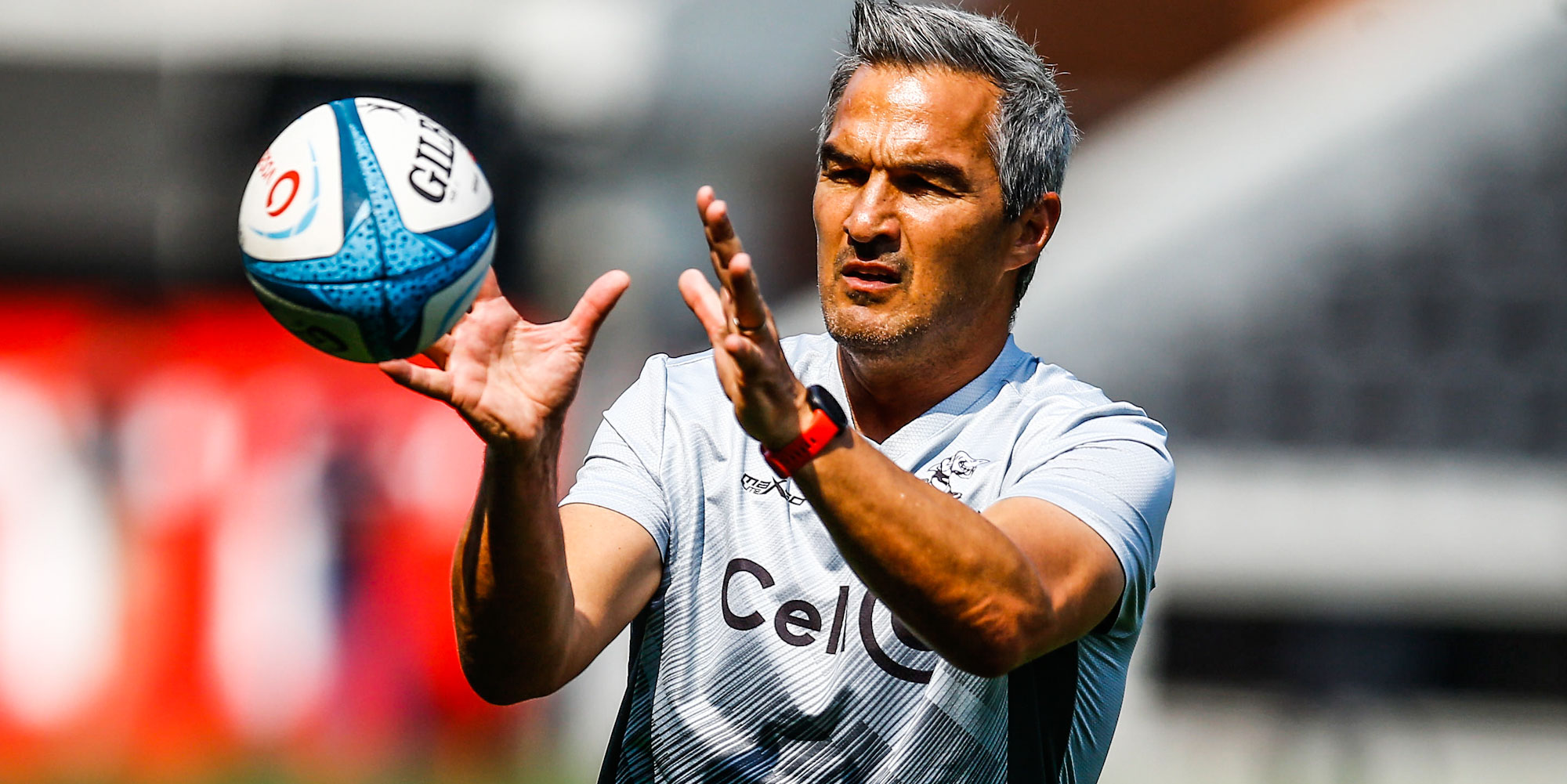 Former Blitzbok coach Neil Powell has taken over at the Cell C Sharks.

They faced Welsh opposition on six previous occasions and both of their defeats during that time were to Cardiff. Meanwhile, the Ospreys’ only win in their last nine outings was a 32-17 home triumph over the Glasgow Warriors at the start of October.

Saturday’s encounter between the second-placed DHL Stormers and the Dragons in the Nelson Mandela Bay Stadium will be the 16th Vodacom URC fixture at the venue, but the first since March 2020 when Connacht beat the Southern Kings there.

The defending champions from Cape Town are on a good run and have lost just once in the competition since February, a 24-30 reverse at Cardiff on 22 October.

The DHL Stormers have won their last 14 home games on a trot in Cape Town and Stellenbosch, but this is the first fixture they will be staging in the Eastern Cape.

Last Sunday’s 33-25 loss for the Dragons in Johannesburg saw their two-game winning run come to an end, meaning they have now lost their last six away games. With the expected return of some of their Springbok players, the DHL Stormers – who managed to beat the Scarlets 36-19 in Cape Town last week – will be considered strong favourites.

The Vodacom Bulls (third on the log) are aiming for their fourth win on the bounce (since their round-five defeat to Munster in Limerick) when they host 11th-placed Cardiff on Saturday night at Loftus. 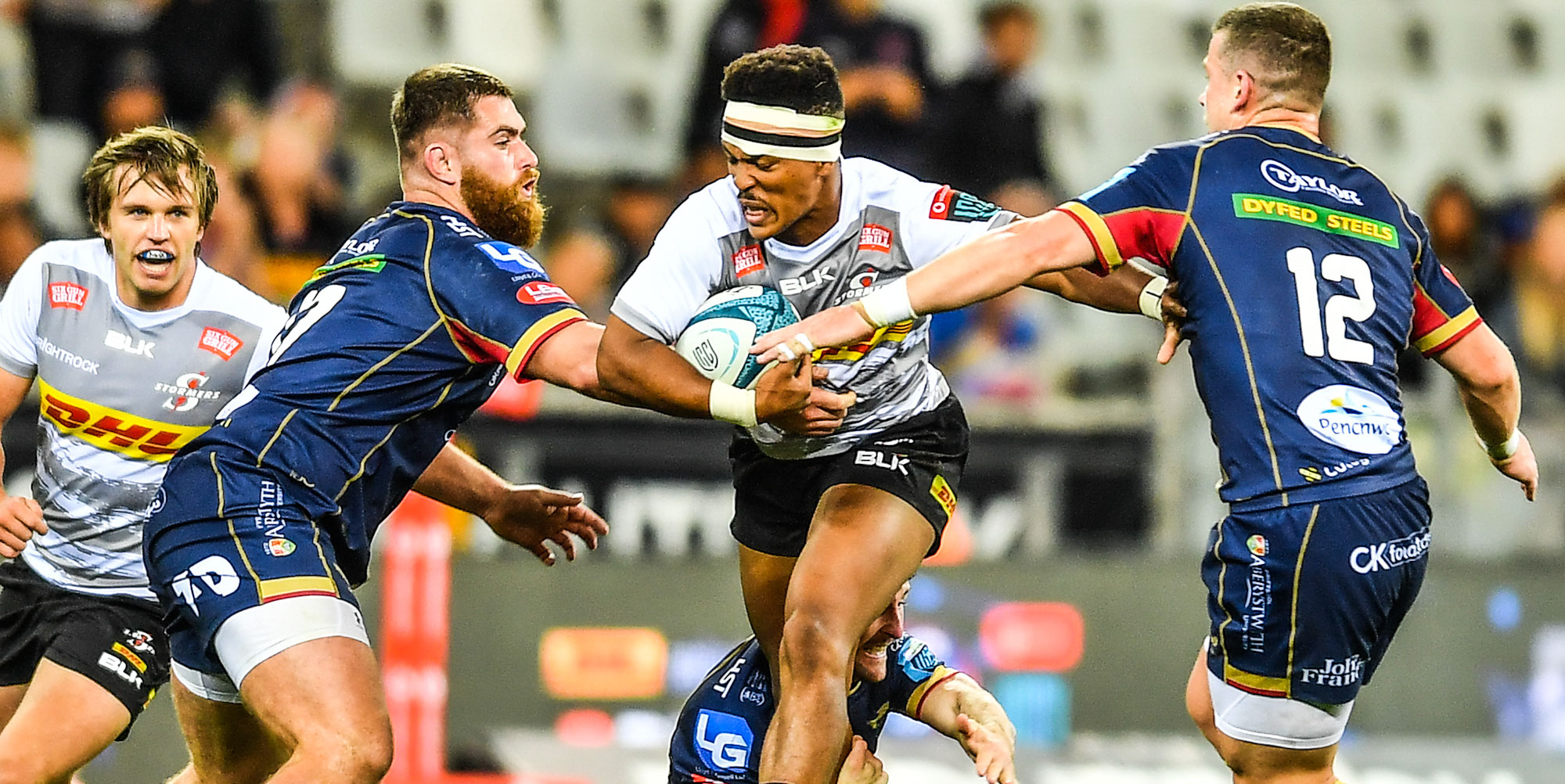 The DHL Stormers' Angelo Davids on the attack last weekend against the Scarlets.

The men from Pretoria have lost just two of their 17 previous home games in Pretoria, to the DHL Stormers in January and the Cell C Sharks the following month, and they are unbeaten in five meetings with Welsh opposition, while Cardiff’s only defeat in their last five encounters was 17-25 at home to Edinburgh in the seventh round.

The team from the Welsh capital tasted success in their last two away games and are going for their fourth victory on SA soil having beaten the Southern Kings twice in Nelson Mandela Bay, in 2018 and 2019, and blanking the Cell C Sharks in Durban last Sunday.

The Emirates Lions won 33-25 at home over the Dragons last weekend to snap a two-game losing run and will be determined to maintain momentum against the Scarlets on Sunday afternoon in Johannesburg. The men from Johannesburg are seventh on the log, compared to the Scarlets’ 15th position.

Since losing their first fixture against a Welsh region on their trip to Llanelli in October 2021, the Emirates Lions have managed to build a six-game winning streak over Welsh opponents. Meanwhile, the Scarlets’ only victory in their last 10 fixtures was 36-12 at home to Zebre in mid-October.

They will be hoping for better luck on their Highveld safari, as the Welshmen have lost their last four against South African teams and have not won here since beating the Southern Kings in the Eastern Cape in 2018.

In the only previous meeting between the Emirates Lions and the Scarlets, the Welsh outfit bagged a solid 36-13 victory last October at the Parc y Scarlets. 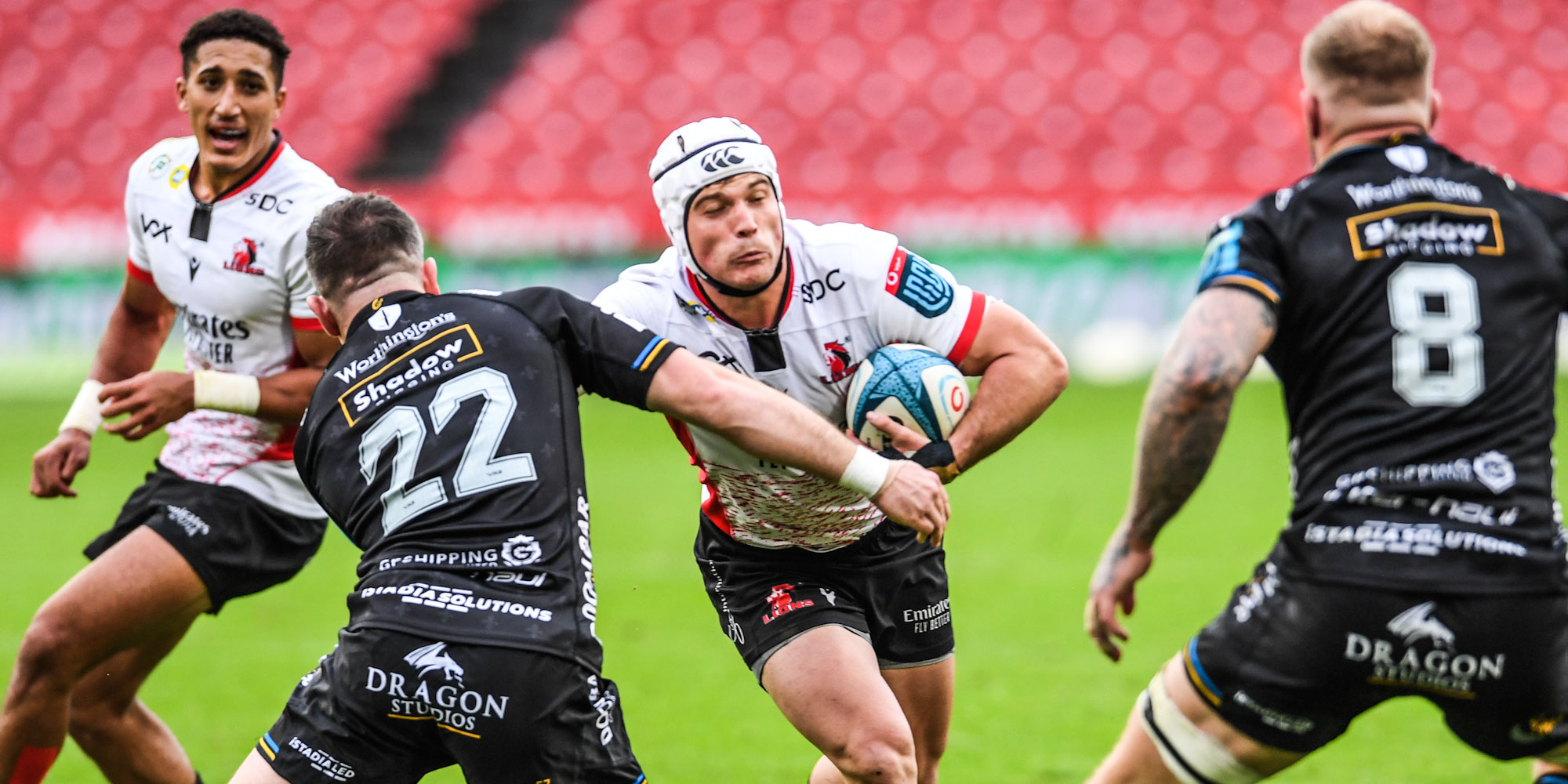 Henco van Wyk takes it up for the Emirates Lions.

The Springbok Women's Sevens squad are out to achieve a couple of objectives when they kick off their participation in the International Invitational tournament of the Dubai Sevens on Thursday, according to acting coach Renfred Dazel, with the main aim to find their identity and build momentum towards next year.

One of the significant features to come out of the Springboks’ Castle Lager Outgoing Tour this month – and the November international series in general – was how it underlined the role played by the Vodacom United Rugby Championship in breeding players for successful roles in their national teams.

The Springbok Women's Sevens finished top of Pool A of the International Invitational tournament at the Dubai Sevens and will play Ireland Invitational in the quarter-finals of the tournament on Saturday.

The Cell C Sharks, fielding a new-look side after their big defeat against Cardiff last weekend, beat the Ospreys 25-10 in their Vodacom United Rugby Championship clash at Hollywoodbets Kings Park Stadium on Friday night.

Springbok lock Salmaan Moerat will captain the DHL Stormers in their historic first Vodacom United Rugby Championship match in Gqeberha on Saturday, when the Capetonians host the Dragons from Wales at Nelson Mandela Bay Stadium, with kick-off at 14h00.

The Vodacom Bulls have been given a boost by the return of a number of Springboks as Marco van Staden, Johan Goosen, Canan Moodie, Cornal Hendricks and Kurt-Lee Arendse return to the match-23 for the Vodacom United Rugby Championship clash against Cardiff in Pretoria on Saturday.