Gelant takes over from Jesse Kriel on the wing, while De Klerk has completed his return to play protocol after missing the second Test against New Zealand due to concussion and slots in for Jaden Hendrikse.

Nienaber also made three changes to the replacements bench, which features a split of five forwards and three backs, where Hendrikse takes over from Herschel Jantjies, while Elton Jantjies will provide flyhalf cover and Frans Steyn additional cover at the back. Willie le Roux and Jasper Wiese are not in the match-23 this weekend.

“This is a very important clash for us to set the tone for our Castle Lager Rugby Championship tour and we feel that continuity in selection is important to build momentum in our campaign,” said Nienaber.

“Warrick was in good form for the DHL Stormers earlier this season and he has been working hard at training, so we thought it would be good to give him a run on the wing. He also combined well with Damian Willemse in the Vodacom United Rugby Championship, so we are excited to see what they offer us in the match.

“Faf, meanwhile, is back from concussion and his experience will be important in this game.

“We also feel it is important to give the likes of Ox (Nche), Joseph (Dweba) and Duane (Vermeulen) another opportunity to further build combinations and give them valuable game time as we build toward the Rugby World Cup next year.” 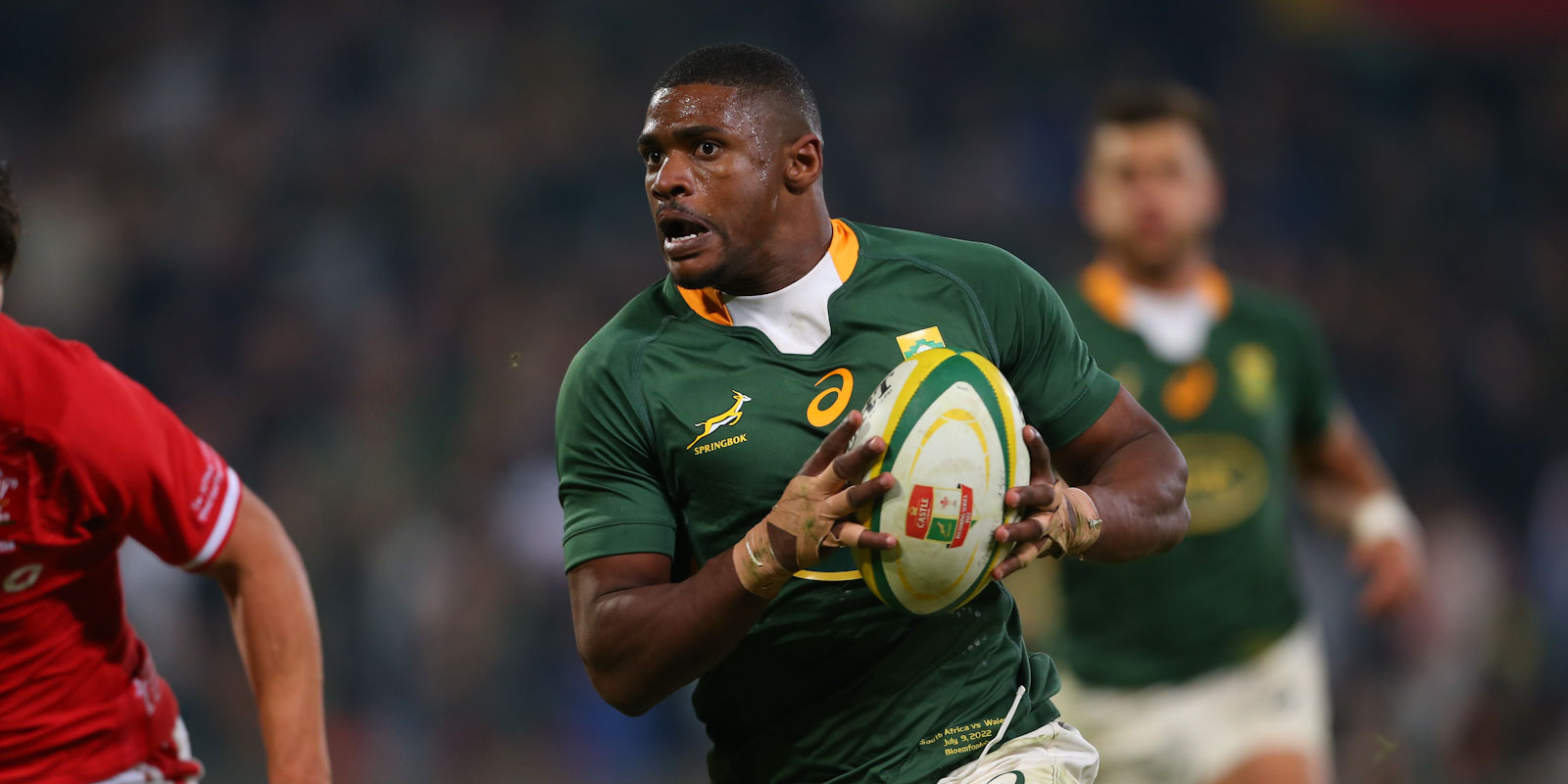 Warrick Gelant will start at right wing on Saturday.

Of the decision to switch from a six-two to a five-three split on the bench, Nienaber said: “We looked at what Australia will bring to the game, and that combined with our need to give Elton and Frans Steyn some vital game time, prompted us to select five forwards and three backs on the bench.

“With Franco (Mostert) and Kwagga (Smith) on the bench, we will have cover at lock and looseforward, while Frans Steyn’s versatility will also be handy as he can cover centre and fullback. These changes obviously mean that Willie, Jasper and Herschel lose out, but we know what we have in them and what they bring to the team.”

Nienaber expected a big onslaught from the Wallabies who will be equally determined to bounce back from their defeat against Argentina and said: “Australia are always a tough force at home and the fact that we haven’t beaten them here since 2013 is evidence of that.

“Much like us, they will also want to bounce back after going down against Argentina, so we expect them to come out firing. The fact that this will be the first Test between the teams in Adelaide will serve as extra motivation for both teams this weekend, so we are preparing for another epic encounter against them.”

Nienaber added: “We had a thorough review of our last match against New Zealand, and we have identified the areas of our game in which we need improve. We know we need to make a big step-up in the quality of our performance to start the tour on a positive note, and that is a big objective for us this weekend.”

Frans Steyn has been included on the bench.

Springbok record against the Wallabies in Australia:

Boks preparing for “quality” Wallaby side in Adelaide

The Springboks are bracing themselves for a tough Test against a “quality” Wallabies outfit when the teams meet in their Castle Lager Rugby Championship clash at the Adelaide Oval on Saturday and while assistant coach Deon Davids was delighted with the warm welcome the team received in Adelaide, where there is a passionate expat fanbase, he said it was always tough playing in Australia.

The South African Under-18s are the only unbeaten team left in SA Rugby’s U18 International Series after an impressive victory, 49-17 (halftime 29-10), over France on a perfect spring day in Paarl, with the hosts scoring six tries in the process.

Late charge sees England home against SA U18 ‘A’

England snuck through courtesy of a penalty goal after the buzzer to beat the SA Under-18 ‘A’ team by 36-34 (halftime 5-20) on a warm and sunny day in Paarl during the second round of the SA Rugby U18 International Series.