The experienced Blitzbok duo stood on the podium after Team South Africa beat Japan in the bronze final and could again meet the same opponents in two warm-up matches to be played in Kagoshima City next month, if they are included in Neil Powell’s final 14-man travelling squad on 5 July.

Geduld has a stalwart in the Springbok Sevens squad and has reached the milestone of 50 HSBC World Rugby Sevens Series tournaments, while Sage has made a late charge to make the squad, returning from France, where he is plying his trade with Montauban.

The Blitzboks have been preparing extensively for the Tokyo showpiece, despite being deprived of international competition for most of the last year due to the pandemic, but Powell used the time well to fine tune game plans and individual development, while it also afforded a couple of players much needed rehabilitation time following injuries.

Stedman Gans, Selvyn Davids, Ruhan Nel and Siviwe Soyizwapi are all recovering from injuries and have been included in the wider squad with a bunch of regular Blitzboks, while Ronald Brown and Lubabalo Dobela are in line for an exciting first if they make the trip to Tokyo, and to make their international sevens debut in Japan.

The two most capped Blitzboks of all time, Chris Dry and Branco du Preez, have been named in the squad as well. Du Preez missed out on selection in 2016 and his inclusion is a fine example of his determination. Dry travelled to Rio as the 14th player, but did not play.

Former Springbok scrumhalf Francois Hougaard, who was the backline reserve in Rio, got onto the field when he replaced Seabelo Senatla on the final day of competition, and afterwards famously handed his bronze medal to the injured winger.

“I am pleased with this group; they really deserve this chance to contest for the ultimate prize in sport,” said Powell.

“We are still five weeks away from our first match, so I have some time left to make the difficult decision to leave three guys behind, but they will be on stand-by in any case. Rugby is a funny game though, especially with injuries and the uncertainties around Covid, so the door is never closed for anyone, even from outside of this group.

“This has been a squad effort from the start, but in the end, only seven can play and every player understands that. We have prepared as best we could, and I know we will deliver a competitive effort.”

Powell will name the travelling squad of 14 (12 players and two reserve players) a week before they depart for Tokyo on 12 July. 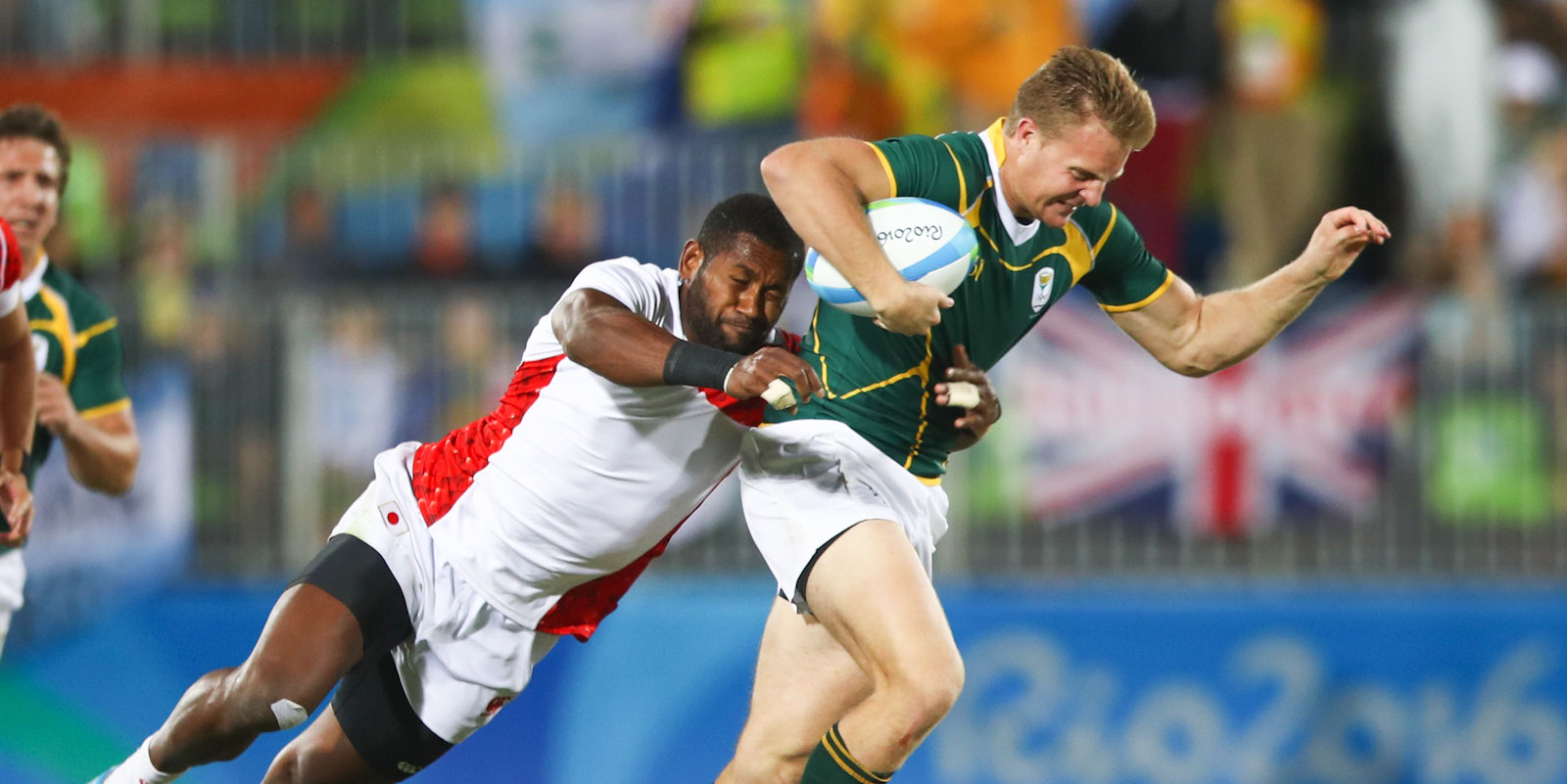 Dylan Sage on the run in Rio.