Hendrikse (flyhalf) succeeded with seven from nine kicks at goal and managed to keep the scoreboard ticking over, while Moodie (wing) repeated his brace from Friday as the South Africans celebrated a well-deserved win.

Under pressure upfront, the Junior Boks did very well to restrict Los Pumitas to two tries, while their tactical kicking and defence was also very good. The conditions were not ideal, which led to a lot of handling errors, but both sides deserve credit for having a full go.

In the end, Bafana Nhleko’s team made better use of their opportunities to ensure they remain the only unbeaten team in the competition.

Jordan Hendrikse was successful with seven of his nine kicks at goal.

The Junior Boks took a deserved 17-13 lead into the break after a breathless first half in which neither side refused to give an inch in the mud.

The home team were off the mark quite quickly and led 10-0 after 10 minutes, courtesy of a penalty goal by Hendrikse and a converted try by Henco van Wyk (centre), who ran a brilliant angle from an attacking scrum, moments after Simon Miller (lock) was held up over the try-line.

Two quick penalty goals by Argentina flyhalf Ramiro Waisberg closed the gap to four points until Moodie stretched the lead again for the South Africans with a sublime try after great attacking play while on advantage.

Hendrikse’s conversion made it 17-6 but a couple of minutes later, the heavy Argentinean pack exploited their dominance to send hooker Bautista Bernasconi over in the corner from a devastating driving maul. 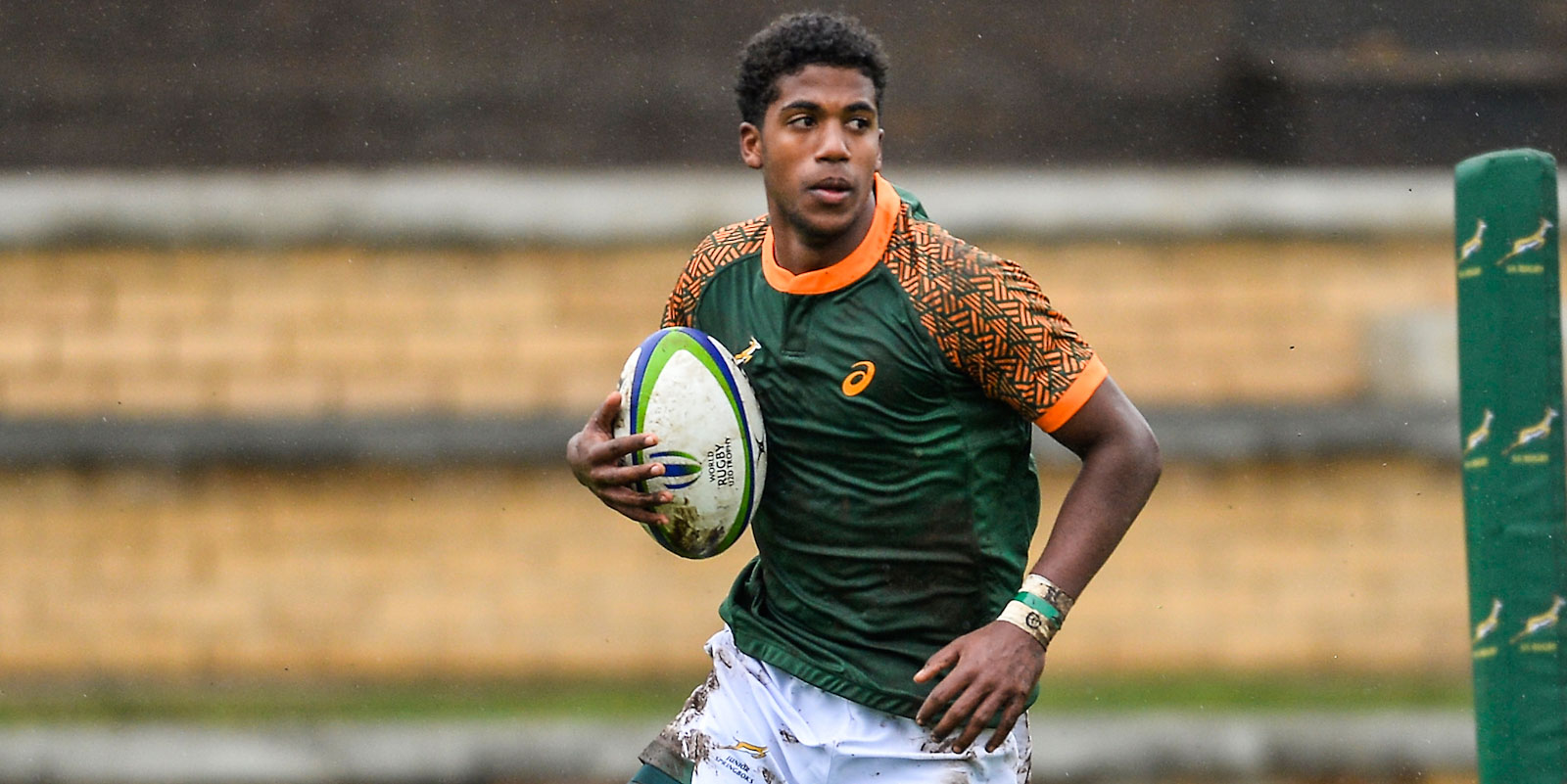 Canan Moodie goes over for his first try.

Defences were tested in the last 15 minutes of the half, but neither side could find a way through as they kept on hammering away at each other. The Junior Boks would have rued a couple of unforced errors though, which handed advantage back to the men from South America.

Hendrikse and Waisberg added a number of second-half penalty goals, but the biggest moment after the break came in the 64th minute when Moodie finished brilliantly from a great attacking move off the back of a scrum.

Argentina got back to within seven points with another Waisberg penalty goal and a try by Martin Vaca (replacement hooker) after the SA maul defence disintegrated and that meant they remained in the game, but in the end the South African’s composure and defence held firm for a wonderful win.

In Wednesday’s opener, Uruguay did well to weather the storm brought on by the powerful Georgian pack to win the first match on a cold and wet day in Stellenbosch by 20-15, with the winning side scoring three tries to two.

The Georgians ended the match almost in total control upfront and dominated possession and territory, but they just could not find that extra gear that was needed to secure the win.

Springbok Sevens outside back Mfundo Ndhlovu has been ruled out of Olympic Games contention following an ankle injury that will require surgery.

British & Irish Lions head coach, Warren Gatland, has named his side to take on Japan at BT Murrayfield Stadium in Edinburgh on Saturday - the first-ever clash between the Lions and the Brave Blossoms.

A proper rugby test awaits the Junior Springboks in the second round of the U20 International Series on Wednesday, when South Africa will face Argentina at Markötter Stadium in Stellenbosch, with both sides looking to keep their winning ways.