The Springbok coaches and players have been clear about the importance of using the Tests against Georgia to get game ready before entering into the momentous series against the British & Irish Lions in July and August, and Mbonambi said they were putting in the hard yards on and off the field.

The first Test against Georgia will be hosted at Loftus Versfeld on Friday, 2 July, while the second match will play out at Emirates Airline Park a week later on Friday, 9 July.

“Before we look the British & Irish Lions we have to focus on Georgia,” Mbonambi told the media from the team’s training base in Bloemfontein.

“They have a quality scrumming pack, and they scrum very low, and I think that’s an adjustment we have to make on our side.

“We’ve been working really hard these past two weeks to make sure that once those Tests come everyone is aligned.

“It is up to the players to prepare and to make sure everything is in place and when it comes to the first Test against Georgia, we are ready.”

Mbonambi said being able to match the physicality of the opposition was vital, especially with Georgia and the British & Irish Lions being renowned for their brute force on the field.

“In terms of the hits, as South Africans we enjoy the physical side of things, and we know there is a massive difference between playing a local game and heading into Test week,” Mbonambi said.

“We have been working hard at our conditioning camp to get our bodies ready for that type of intensity and by the looks of things the boys are ready for it and to step it up even more.” 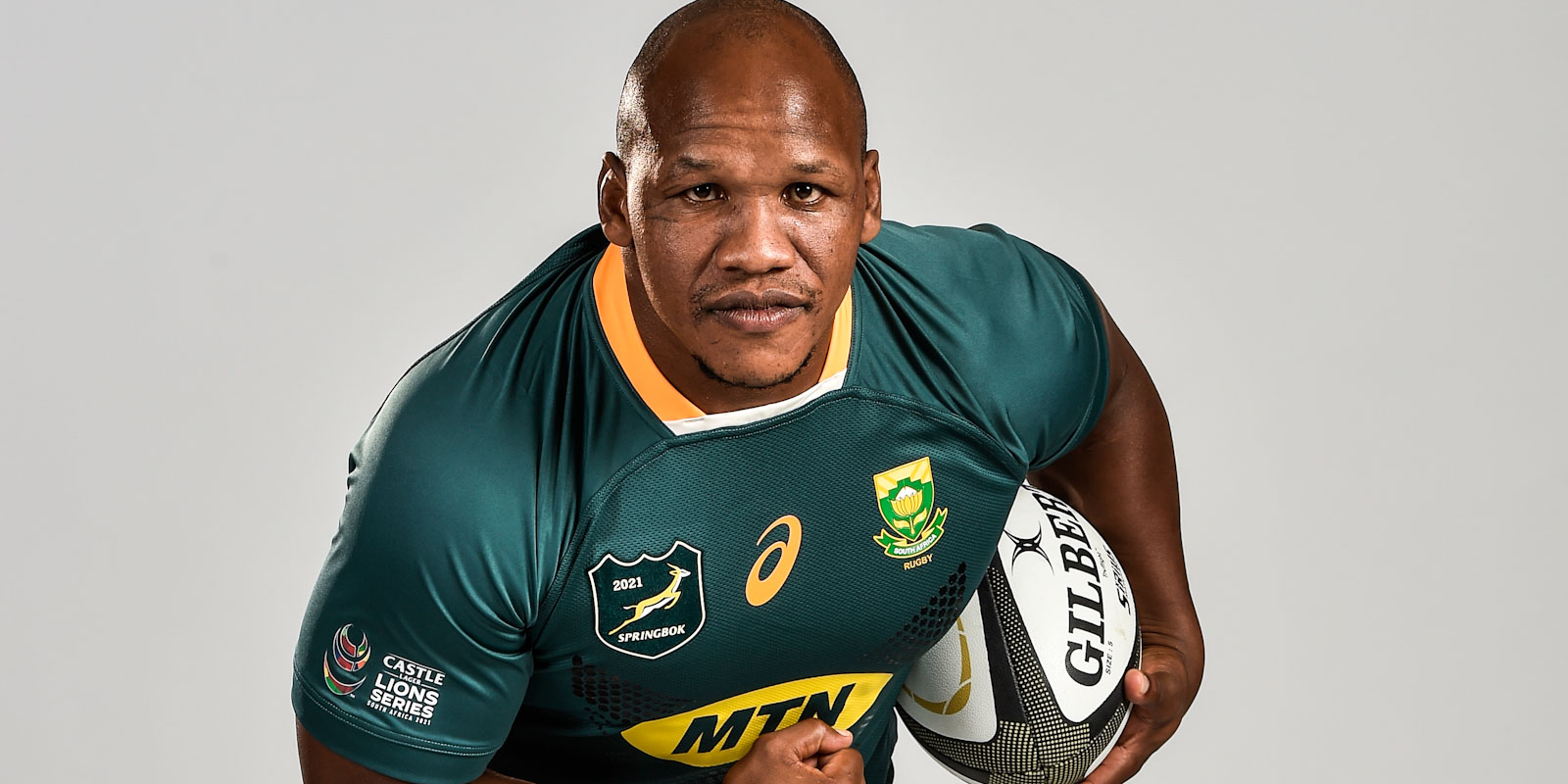 Bongi mbnambi: "We enjoy the physical side of things"

The Rugby World Cup winner, who has racked up 36 Test caps and scored an impressive 35 points since making his Test debut against Ireland in Port Elizabeth in 2016, was thrilled to be in the 46-man squad named for this massive occasion and said: “My journey has been an amazing one. I have been truly blessed from the beginning.

“But once we get together here it’s not about individuals, it is about the whole squad and making sure we leave this jersey in a better place than when we found it.

“Being part of the Castle Lager Lions Series is really amazing. It’s obviously a massive milestone in my career, as it only comes around once every 12 years and there are only a fortunate few that get to make it.”

With tight competition for places in the No 2 jersey with Malcolm Marx, Scarra Ntubeni and the uncapped Joseph Dweba in the squad, Mbonambi said: “At the Springboks we welcome any sort of competition. It makes the individual and the team better when the guys push each other on and off the field.

“It’s all about making the team a better team at the end of the day.”

Similarly to his team-mates Mbonambi braced himself for a massive challenge against the British & Irish Lions, but he said it was vital that the team and the pack in was in sync in order to launch a strong challenge up front.

“At the moment we are focusing on our systems and making sure that our detail is correct and there is an understanding in our lineout detail,” he said.

“Coming up against locks like Maro Itoje, Courtney Lawes and Alun Wyn Jones, they are top-class players and we know there will be a lot of pressure when it comes to lineout time, but we have great coaches that will put things in place. At the end of the day it comes to down to us as players making sure we execute they plays on the day.”

The Bok training camp in Bloemfontein concluded on Thursday and they will reconvene again in Johannesburg on Saturday.

Boks ready for another hard grind against Wales...