Bok replacements will be ready to fire on Saturday

The experienced duo of Cobus Reinach and Deon Fourie, who will start the Springboks’ second Test against the Wallabies in the Castle Lager Rugby Championship on the bench, will be ready for action and said they hoped to grab the opportunity at Sydney’s Allianz Stadium with both hands.

Reinach, who has recovered from the hamstring injury which kept him on the sidelines earlier this year, will provide cover for Jaden Hendrikse off the replacements bench in his first match in the green and gold this season.

The experienced scrumhalf was very excited about his opportunity to play after last running out for the Springboks against England in November last year, and although he admitted he did not have much game time recently, he said he was raring to go.

“If you look at the way we train I don’t think anyone is coming in cold," said Reinach.

“We go full on at training, as we train the way we want to play. I have also been part of the squad from the beginning of the season, so even though I haven’t played in months I’m excited to get onto the park and play.

“It is really nice to be back, I’m so excited to get onto the field I can’t sleep at night.”

Fourie, who made his Springbok debut as a replacement flanker in the second Test against Wales ins July, has been named as replacement hooker for Malcolm Marx, who will start in the No 2 jersey after a number of barnstorming appearances off the bench.

Hooker is nothing strange for Fourie, as he played there for several years before making the switch to flanker. And while he admitted that it was the first time in years he played the front row, he looked forward to the challenge. 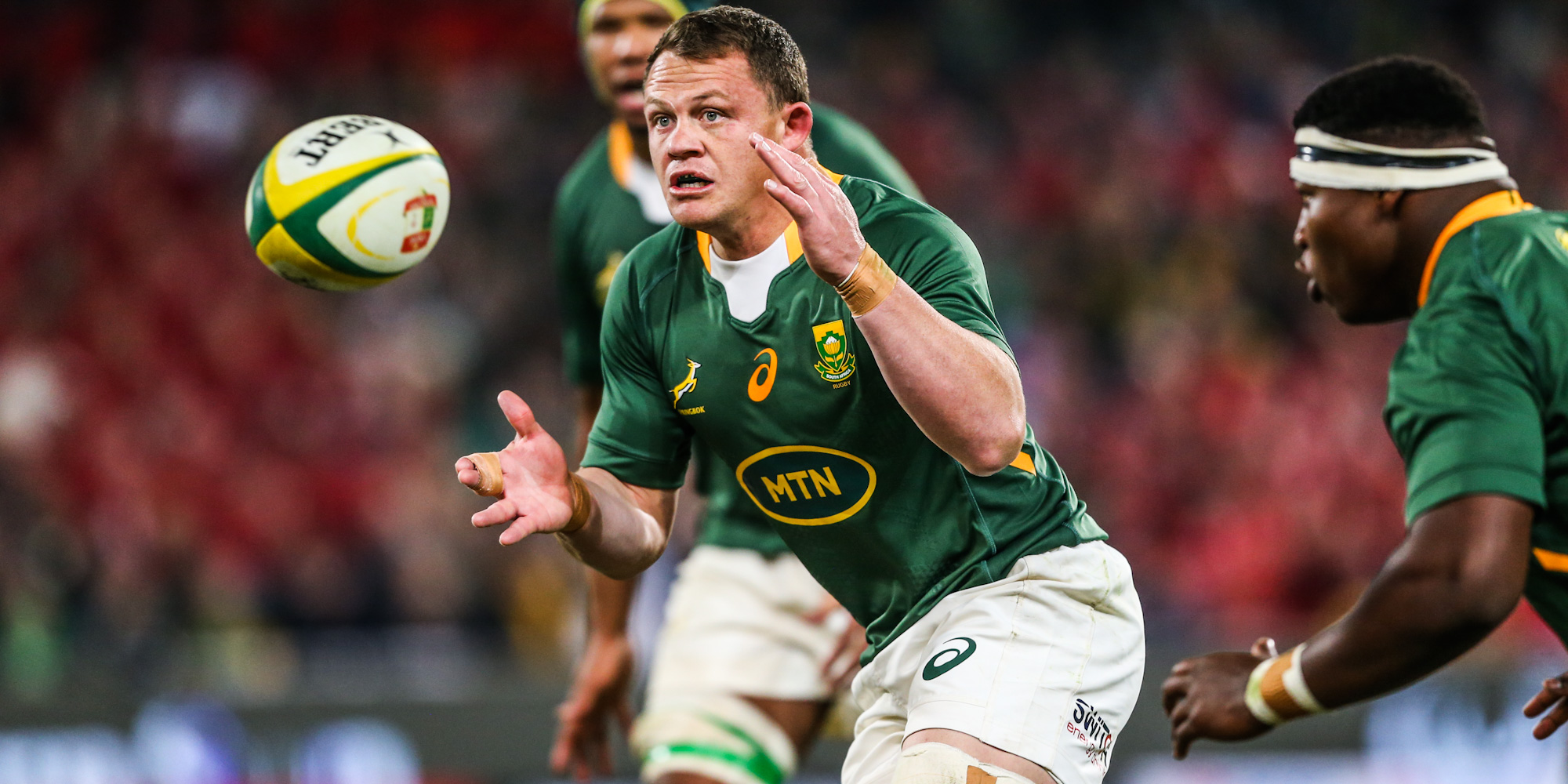 Deon Fourie in action against Wales in July.

“In my 16 years as a professional rugby player I’ve played more at hooker than flanker, so I am more experienced at hooker,” said Fourie.

“Throwing in the lineouts is only a small part of the game. There are many other areas to the game too.

“That said, I’ve been training hard, and it has been going well, so I’m looking forward to this chance.”

Fourie shot down the opinion that being a versatile player was a disadvantage, rather than a benefit and said: “Some people may think it is negative to be a utility player, but I think it is great for the team if you have a player who can cover two or three positions.”

Following Springbok coach Jacques Nienaber’s comments earlier this week that he could see Fourie possibly fulfilling a similar role to experienced hooker Schalk Brits at the 2019 Rugby World Cup, Fourie said the possibility of going to the international spectacle was a motivational factor to keep going.

“There is excitement but pressure as well to keep my game up,” said Fourie.

“When I came back to South Africa last year I didn’t think I’d be sitting here with a Springbok on my chest, so hopefully I can go out there, do my best.”

Reinach also looked forward to the possibility of forming a halfback pairing with the talented Damian Willemse, who will start at flyhalf this weekend after injuries had ruled out Handre Pollard and Elton Jantjies.

“Any player brings his own identity to a game, and Damian will do the same as he comes in for Handre (Pollard), so I’m excited to play alongside him. All I expect from him is good communication and I will give him what he wants,” said Reinach.

Injured Pollard and Am released to their clubs

Springbok flyhalf Handre Pollard and centre Lukhanyo Am will return to their clubs for further medical assessments after being ruled out of Saturday’s Castle Lager Rugby Championship clash against Australia in Sydney.

Boks have full faith in flyhalf and centre cover

Springbok prop Trevor Nyakane was confident that the team would march on despite losing Lukhanyo Am and Handre Pollard to knee injuries on Wednesday and said they have full faith in their replacements as the team prepare for their second Castle Lager Rugby Championship clash against Australia in Sydney on Saturday.

A cool million up for grabs in the Toyota Challenge

An exhilarating rugby bonanza awaits when the Toyota Cheetahs will square up against three international teams and the Windhoek Draught Griquas from 30 September to 21 October in the second Toyota Challenge, hosted in Bloemfontein.

Moodie to start as Boks make changes for Sydney

Talented young utility back Canan Moodie will make his Springbok debut against Australia in Sydney in the Castle Lager Rugby Championship on Saturday as injuries and the desire to try a few new player combinations saw head coach Jacques Nienaber include eight new players in the starting team.

Springbok prop Steven Kitshoff and assistant coach Deon Davids remained confident in the team's abilities despite suffering back-to-back defeats in the Castle Lager Rugby Championship and said they believe they can turn the corner.

Springbok captain Siya Kolisi urged South Africa’s rugby faithful not to give up on the team after two disappointing defeats in the Castle Lager Rugby Championship and vowed that the Boks would give everything this week to bounce back and remain in the title race.

Southern Sun, Southern Africa’s leading hotel group, is set to make rugby sevens teams from across the world feel at home as an Official Sponsor of Rugby World Cup 2022 in Cape Town. All 40 teams will be staying at Southern Sun’s hotels throughout the tournament as they prepare for this unique festival of rugby.

Springboks hit back in style with bonus point win

The Springboks have won their first Test in Australia since 2013 when they beat the Wallabies by 24-8 at the Allianz Stadium in Sydney, outscoring the hosts by four tries to one for a bonus point and to keep alive their hopes in the Castle Lager Rugby Championship.

Kolisi thanks fans as Boks change history in Sydney

Springbok captain Siya Kolisi thanked his team’s supporters in South Africa and Australia as they recorded their first win over the Wallabies down under since 2013, and their first victory in Sydney since 1993.

Injured Pollard and Am released to their clubs

Springbok flyhalf Handre Pollard and centre Lukhanyo Am will return to their clubs for further medical assessments after being ruled out of Saturday’s Castle Lager Rugby Championship clash against Australia in Sydney.