Booi, who led the team at Emirates Airline Park where South Africa won the first Test by 44-5, is rested following HIA protocols, and will be replaced by Lerato Makua in the second row, with the Blue Bulls lock selected to start in only her second Test.

Another injury enforced change is at centre, where Chumisa Qawe will be replaced by Aphiwe Ngwevu, with Qawe ruled out of the second Test due to an ankle strain picked up in the Johannesburg encounter. Ayanda Malinga, who took a knock on Saturday, will be replaced by Nomawethu Mabenge on the wing.

Coach Stanley Raubenheimer made more changes to the team that started the Test in Johannesburg, with rotational changes at flyhalf, loose forward, prop and hooker.

Sinazo Mcatshulwa returns to the team at flanker in place of Rights Mkhari, who is rested, while Lusanda Dumke starts again in the No 6 jersey, swopping places with Sizophila Solontsi, who will play off the bench on Friday.

Roseline Botes, who scored her first Test try last week in Johannesburg, will also have good memories of Potchefstroom as she will make her first start for the team at hooker, with Lindelwa Gwala dropping to the bench, while Yonela Ngxingolo is back at loosehead prop after playing off the bench last weekend.

Makua’s promotion sees Nompumelelo Mathe coming onto a new look bench where both props, Sanelisiwe Charlie and Azisa Mkiva, are poised for a first taste of action in the Winter Series.

“These changes, bar the injury enforced ones, are rotational of nature as this is our last Test before we depart for the Rugby World Cup in New Zealand on 24 September,” said Raubenheimer.

“The reality is that some players will not play as much as others in a squad and in the World Cup, but they have to be ready when given the opportunity, as is the case here. We were very pleased with what happened in Johannesburg, but that was last week. This week is a new challenge.” 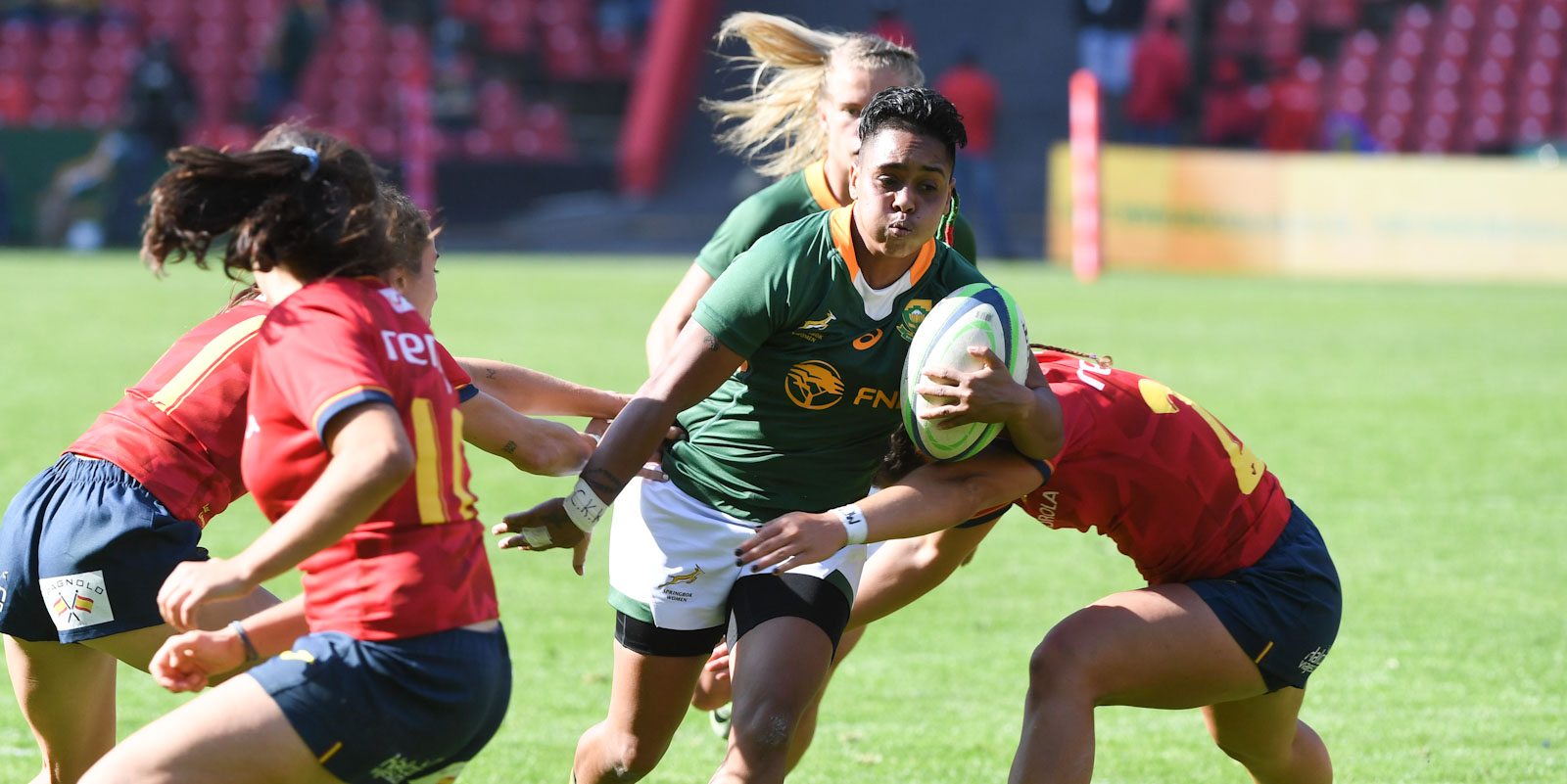 Zenay Jordaan in action against Spain in Johannesburg.

For Jordaan, who missed the tour to Japan in July due to an ankle injury, the return to action last week felt like a blessing, and to get the opportunity to start the second test even more so.

“It was great to be back onto the field last weekend – I came off the field feeling strong and pain-free and it was great to know that the injury is a thing of the past,” said Jordaan.

“To be able to start this week is great. Every opportunity to pull this jersey, that means so much to me, over my head is amazing and to start the test match this time even more so. I had a real struggle this year and to be in this position with this team is a huge boost for me.

“Last week was huge for us. I could pick up from the team after the win over Japan that something good was brewing and last week had so many positives.

“We gained a new partner in FNB, shared some time with the Springboks and beat Spain for the first time in a convincing way. That said, we are starting all over again and need to make sure we keep the belief, the structures and the intensity come Friday.”

The Springbok Women team to face Spain in Potchefstroom: