Nienaber said the touring squad, which features a good mix of youth and experience, was in line with the standard travelling squad for the Rugby World Cup and he believed that they were the right group of players to achieve what they set out to do in the two Tests against Australia in Adelaide (Saturday, 27 August) and Sydney (Saturday, 3 September).

Nienaber said he would make changes to the squad for the two Tests against Argentina in Buenos Aires and Durban as he looks to give his expanded group of players a chance to prove themselves with an eye on the Rugby World Cup which will be hosted in France next year.

“We have been working with a large group of players for the last few months and we believe this will pay off in the long run as we look to expand our depth for the Rugby World Cup and beyond,” said Nienaber.

“Since we are going on tour, however, we will take a group of players that is more in line with the size of a Rugby World Cup squad, and our thought process is that we will have two groups of players – one who will participate in the Australian leg of the competition and another for the Argentina matches.

“This way we can manage the players as well as possible on tour, while at the same time ensuring we continue to develop our depth and give the players opportunities to prove themselves with a little over a year to go before the Rugby World Cup kicks off.”

Moodie, who was called up to the squad as utility back cover following the suspension handed to wing Kurt-Lee Arendse for a dangerous tackle, is the only uncapped player in the group and will travel with the Springboks for the first time, providing cover at wing and fullback. His presence also fills the void left by Cheslin Kolbe, who is on the road to recovery from a broken jaw, which will see him only return for the last Test against Argentina.

With Bongi Mbonambi (hooker) ruled out for four weeks after suffering a knee injury at training last week, Deon Fourie will serve as back-up to Malcolm Marx and Joseph Dweba, while Damian Willemse’s versatility in the backline will see provide cover at flyhalf, centre and fullback.

“Bongi has been ruled out for four weeks, but Deon, who is an experienced hooker and flank, has been practicing his lineout throws with us, so we are confident that he will be able to fill that void for us in these matches,” said Nienaber.

“We are also excited to see how Canan slots in during the next few weeks and to see how he adapts to our structures and systems, and we believe he has the skills to slot in for Kurt-Lee and Cheslin. 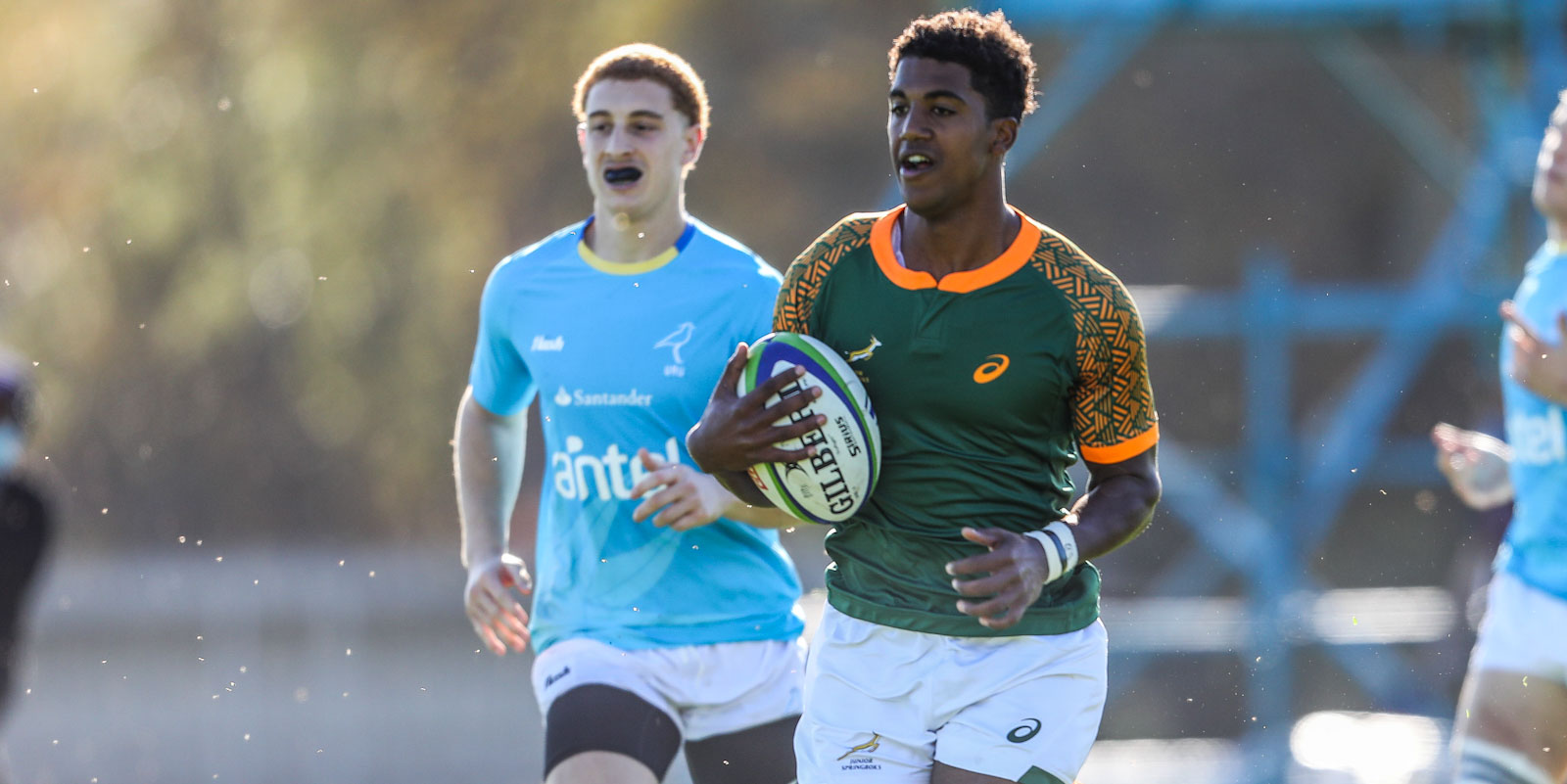 Former Junior Bok star Canan Moodie is the only uncapped player in the Boks' touring squad to Australia.

“This is a settled group of players and includes a wide spread of experience and young players who have made their presence felt, and we believe that they have what it takes to guide us back on track in the Castle Lager Rugby Championship in the matches against Australia.”

The Springboks are currently on a short break and will depart on Thursday for the tour to Australia and Argentina.

“We are bitterly disappointed about the defeat against New Zealand last weekend, and we know that we have to be at our best to fight back in the next four matches of the competition to keep us in contention to win the tournament,” said Nienaber.

“We saw what Australia are capable at home last year and we know that we will be tested thoroughly.

“The last time we beat the Wallabies in Australia was in 2013, so we have a big mountain to climb over there, but that said, we have looked at our game against New Zealand and we know what areas we need to improve on, and we will put in the hard work on the field to iron out those aspects when we arrive in Australia.

“It is going to be a tough tour, but we know what our players are capable of, and we are determined to make our nation proud.”

The Springbok Women’s Sevens will face hosts Chile at 19h00 on Sunday in a rematch of their pool encounter to determine their final positional ranking at the World Rugby Challenger Series tournament in Santiago, after they managed to defeat Papua New Guinea 29-10 in their playoff match early Sunday morning.