SA Schools too strong for A team counterparts

The SA Schools side had too much class and won an entertaining clash against the SA Schools A side by 57-27 (half-time 26-13) after a few bursts of tries during the game ensured they remained in control in a match that underlined the good health of Under-18 rugby in South Africa.

Playing in green jerseys, the SA Schools side outscored their opponents, in white, by eight tries to three on a beautiful late winter’s day at Hamilton Rugby Football Club in Cape Town.

Both sides came out to play with intent and in the end, the SA Schools side showed why the selectors handed them the honours of playing in green, although they didn’t have it all their own way during the 70 minutes of action.

The SA Schools side took a deserved 26-13 lead at the break after an entertaining first half in which five tries were scored, four of them by the team in green.

The first try, by hooker Luca Bakkes, came after some great play from a turnover in their own half, in the second minute. Thurlon Williams (flyhalf) added the extras from in front to put his side in the lead by 7-0.

Fifteen minutes later Joel Leotlela (wing) scored out wide, although it was a bit fortunate as the ball was tapped back by an opponent, and the SA Schools side looked to be in control, leading by 12-0. 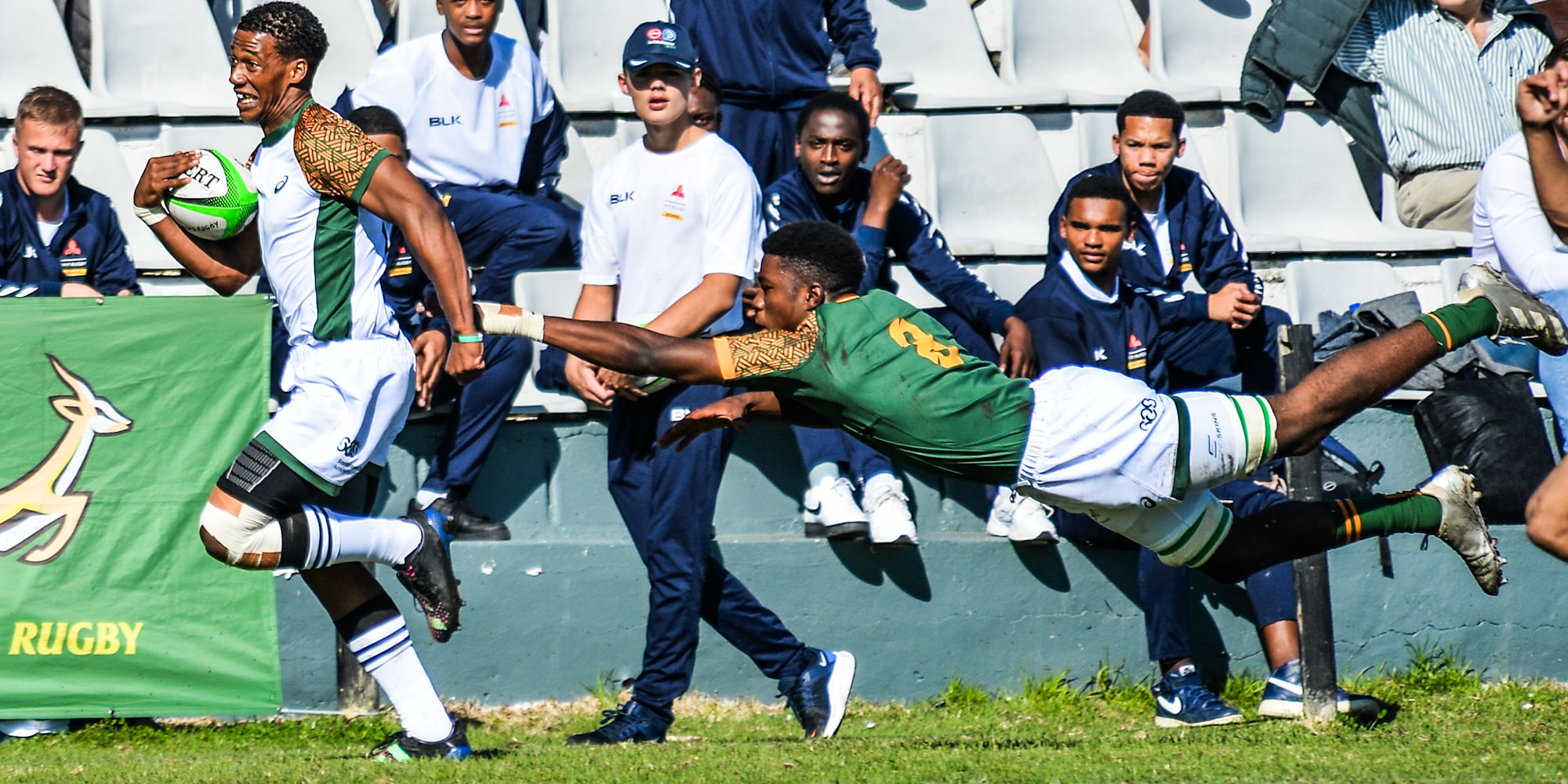 Antonio Bruiners scored two tries for the SA Schools A side.

But a flurry of penalties – two of which were converted into points by SA Schools A flyhalf Bradley Giddy – brought the team in white back into the frame and when Antonio Bruiners (centre) scored a great try from two mistakes by the SA Schools side, the A team took a 13-12 lead five minutes before the break.

Something then clicked for the SA Schools side as Joshua Boulle (centre) and Sibabalwe Mahashe (No 8) scored great tries after some slick handling, and with Williams converting both, the team in green took a 13-point lead as the half-time whistle went.

Not to be outdone, the SA Schools A side started the second half in brilliant fashion when Bruiners went over for his second try, also converted by Giddy, to make it a six-point game as both coaching sides rang the changes.

However, just like they did at the end of the first half, the SA Schools hit back with two tries in quick succession, both by replacements, as Jack Waterhouse (lock) and Caleb Abrahams (scrumhalf) scored close to the sticks, with Stehan Heymans (replacement flyhalf) adding the extras to push the team in green into a 40-20 lead with just over 20 minutes to go.

Gaining ascendancy upfront and playing with more confidence, the SA Schools side tightened their grip on the match and increased their lead with a Heymans penalty goal and a converted try by Thomas Dyer (replacement flanker). 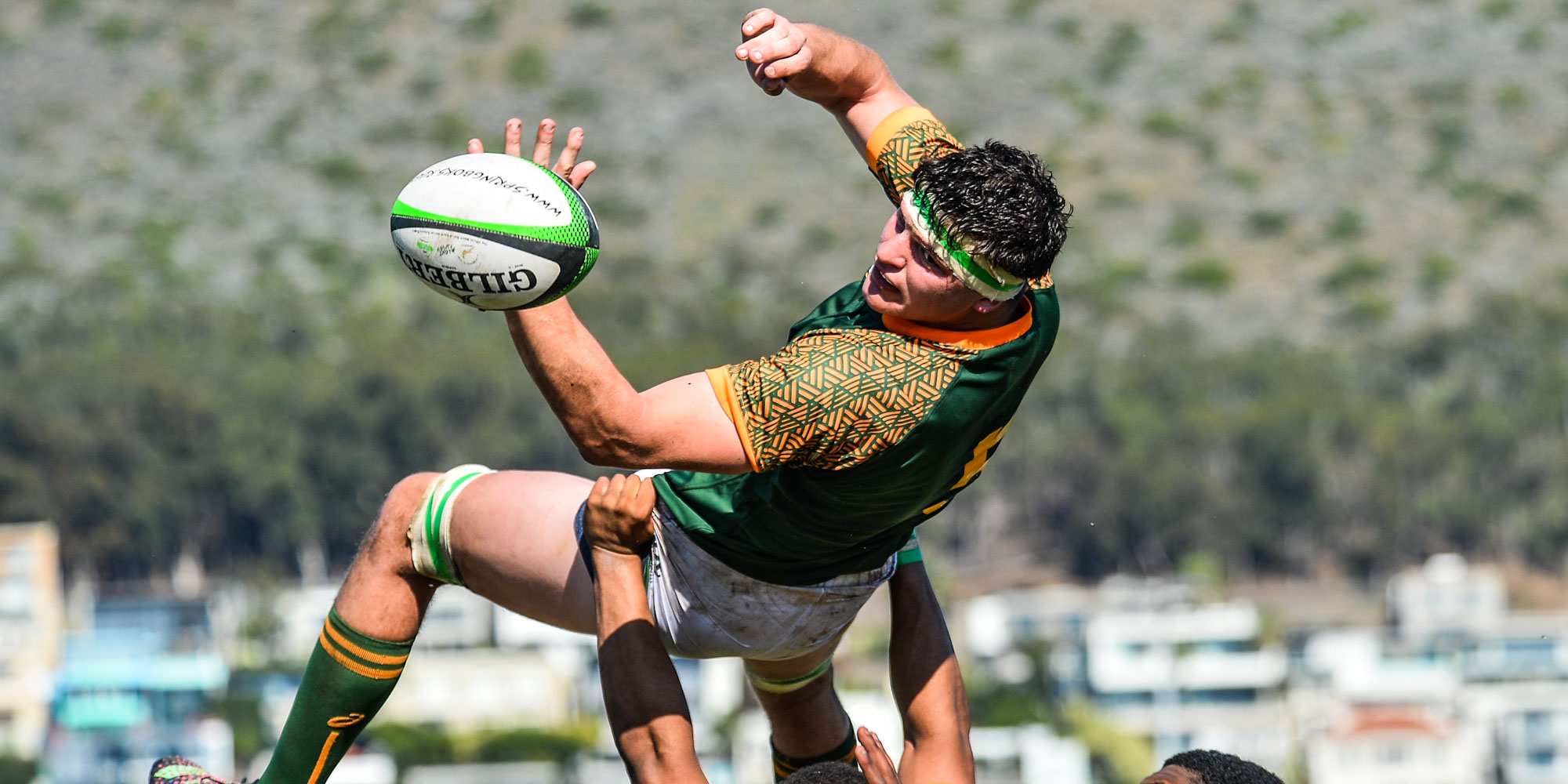 JF van Heerden put in a great shift for the SA Schools side.

Despite being on the backfoot upfront, the team in white refused to give up and Keanu Coetzee (lock) scored their third try, also converted by Giddy.

But as it had happened a few times earlier in the game, the SA Schools side hit straight back when the team in white were caught napping, with Ruan Swart (replacement prop) crashing over from a quick-tap penalty. Heymans kept his perfect kicking record intact with the conversion to restore their 30-point advantage.

The SA Schools A side had one last foray into their opponents’ red zone, but they failed to convert as the final whistle went at the end of a great game of age-group rugby.

Going to DHL Stadium on Saturday? All you need to know

No public parking will be available at DHL Stadium on Saturday for the deciding Test in the Castle Lager Incoming Series between the Springboks and Wales, but there are a number of other travel options available.

The Springboks honoured leading Sisonke COVID-19 trial principal investigators Professor Glenda Gray and Professor Linda-Gail Bekker for their commitment to fighting the pandemic and assisting South African Sport through the height of the crisis by including them in the traditional pre-match team photo in Cape Town on Friday.

Boks go even greener on match day in Cape Town

Plastic waste from the Springboks’ match against Wales at the DHL Stadium on Saturday is going to be recycled into houses in a pilot project to support the global drive to tackle environmental issues and contribute to a healthier and more sustainable society.

The Boks knuckled down to seal a tough Castle Lager Incoming Series against Wales in Cape Town on Saturday.