Kolbe crowned Players' Player of the Year for 2021

Springbok speedster Cheslin Kolbe has walked away with the Players’ Player of the Year Award for 2021, while Springbok Women's star Lusanda Dumke has won the award for the Most Improved Player, and Duane Vermeulen won the Fans’ Choice Award.

At a virtual ceremony held on Thursday, the fifth annual Players Choice Awards in partnership with MyPlayers revealed South African rugby’s top professional players in 2021, as voted for by their peers.

Kolbe walked away with the main award, the first time he’s won it after Vermeulen took home the honours after the 2020 season, when he was also named the SA Rugby Player of the Year.

There were also awards for Siya Kolisi, Damian de Allende, Lukhanyo Am and Trevor Nyakane, all of whom featured prominently in the series win over the British & Irish Lions.

The awards, held for the players by the players, aim to celebrate South Africa’s top professional rugby talent, acknowledging those who have not only excelled in the sport but have also embodied rugby’s indomitable spirit over the past year.

The winners are true ambassadors for their sporting code, having displayed characteristics such as team commitment, relentless determination, and pure talent during one of rugby’s most unpredictable seasons. 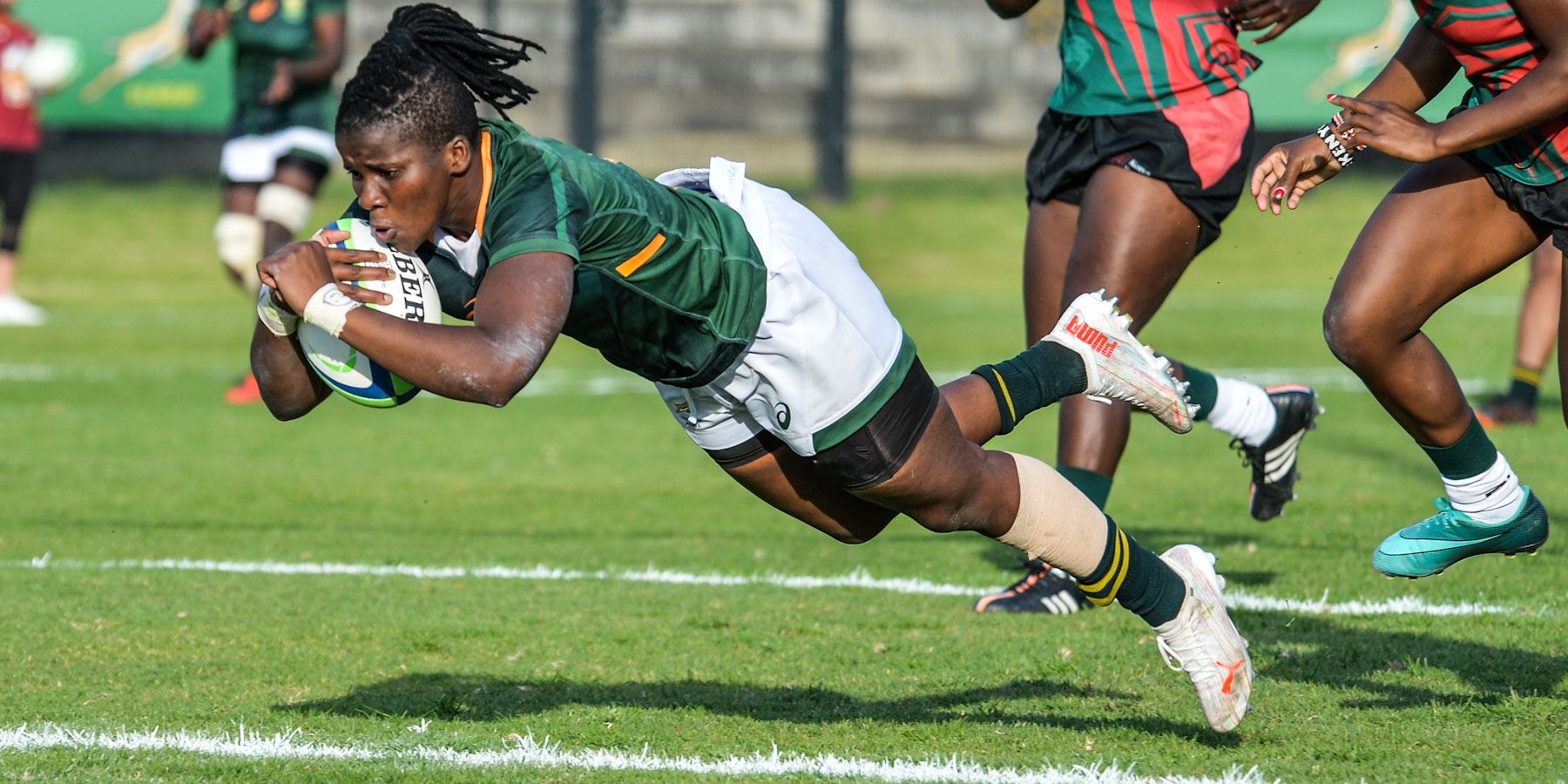 Lusanda Dumke scores for the Springbok Women against Kenya.

In total, 30 players were nominated across seven award categories. After a short absence from the 2020 awards, the popular Fans’ Choice category made a welcome return this year, allowing fans to have their say.

Vermeulen, the winner of this year’s Fans’ Choice Award, has secured a boost of R30,000 for a charity of his choice.

Another exciting feature of this year’s ceremony was the nomination of two professional women’s rugby players, with Lusanda Dumke receiving the Award for Most Improved Player, just a month after leading the Springbok Women’s team in two Tests against Kenya.

“We are grateful for all of the wonderful support we have received in recent months and can assure South Africans that this is only the beginning for us. We are already looking forward to achieving more victories for South African women's rugby at next year's awards!”

This year’s nominees and winners represent a diverse mix of players from around the country, which showcases just how strong South Africa’s pool of rugby talent is. 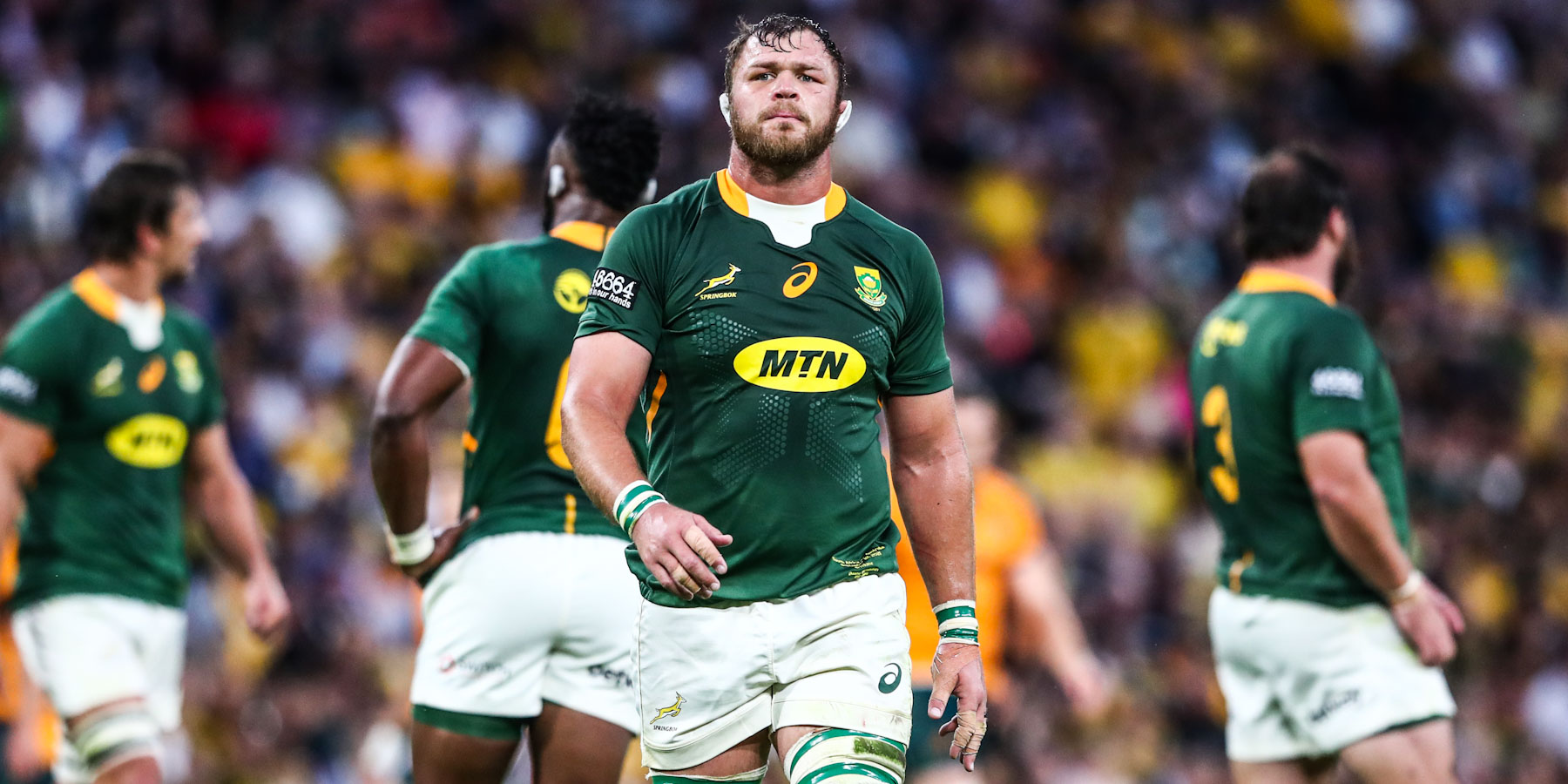 Duane Vermeulen in action against Australia.

“We are thrilled with the outcome of this year’s awards and the opportunity to recognise and reward the unrivalled talent that South African rugby has to offer,” said Eugene Henning, Chief Executive Officer of MyPlayers, the professional rugby players’ organisation.

“With the past year having been such a challenging one for us all, it’s been especially gratifying to be able to come together and acknowledge the amazing passion that these players have for their sport and their teams.

“A huge congratulations to all the winners and nominees; may you all go from strength to strength in the year ahead.”

Defender of the Year: Lukhanyo Am (Springboks | Cell C Sharks)

All winners were selected by the players. The winner in each category also earns a R5 000 donation to a charity of their choice funded from the players’ collective commercial rights income and managed by MyPlayers.

Fans can catch the Players Choice Awards broadcast on SuperSport tonight – on channels 201 and 211 from 21h00, hosted by Siv Ngesi and Nambitha Ben-Mazwi.

Springbok captain Siya Kolisi said the team would give their best in their Castle Lager Rugby Championship clash against New Zealand in Townsville on Saturday to bounce back from their defeats against the Wallabies and give the country something to celebrate as South Africans marked Heritage Day on Friday.

Bismarck du Plessis will make his Vodacom Bulls debut when the side takes on Leinster Rugby in the Vodacom United Rugby Championship opening match at Aviva Stadium, in Dublin, on Saturday.

Libbok on debut for DHL Stormers in Treviso

Manie Libbok will make his DHL Stormers debut at flyhalf in their opening Vodacom United Rugby Championship encounter with Benetton in Italy on Saturday, with kick-off scheduled for 14h00 on at the Stadio Comunale di Monigo in Treviso.

Lions out of the Vodacom URC blocks in style

The Emirates Lions got their Vodacom United Rugby Championship campaign off to a perfect start with a superb 38-26 victory over Zebre in Parma on Friday evening, despite a strong second half comeback by the Italian hosts.