Davids, who was named in the HSBC World Rugby Sevens Series Dream Team in 2020, will join the Blitzboks in Edmonton on Thursday after Angelo Davids was ruled out after suffering a hand fracture in last weekend's tournament in Vancouver.

The injured winger set a new individual try-scoring record for the Vancouver event with 10 tries, but is on his way back to South Africa after a scan confirmed the bad news for the team and Angelo Davids, one of four Blitzboks included in the Vancouver tournament’s Dream Team.

Selvyn Davids just missed out on the original trip due to injury two weeks ago, but has since fully recovered and his playmaking abilities and general presence will be a welcome boost to the squad, who won the title in Vancouver in impressive fashion.

For the 27-year-old, it was an unexpected surprise to get the call, making up for the disappointment of missing out on the original trip.

“It is never nice to replace someone who suffered injury, so I feel for Angelo, especially after such a fine performance in Vancouver,“ Selvyn Davids said.

“I am pretty excited to join the guys, especially since the disappointment of not recovering in time to travel with them originally. They have played wonderful rugby in Vancouver, and I know the guys will be keen to keep that high standard of play going.”

Selvyn Davids is keen to play again, especially after his participation in the Olympic Games was cut short after a high tackle in South Africa’s quarter-final against Argentina in Tokyo.

“I am feeling fit and strong and ready to play and join up with the brothers again. It will make up the disappointment suffered in Tokyo,” Davids said. 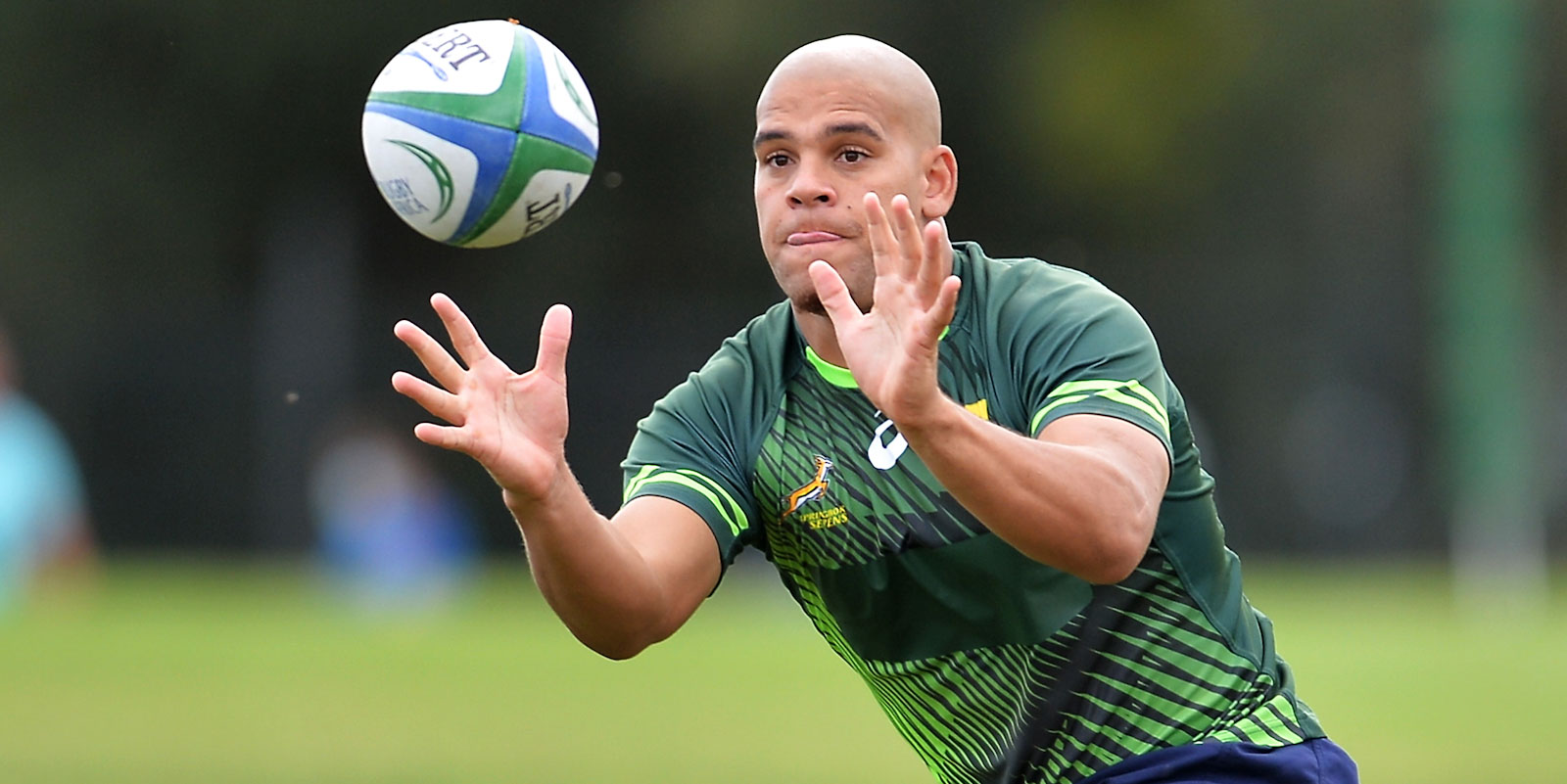 Zain Davids in action for the Blitzboks.

The Blitzboks will enter the tournament as first seeds and will face Mexico, Hong Kong and Canada in Pool A. Pool B consist of Kenya, USA, Spain and Chile, while Great Britain, Ireland, Germany and Jamaica will contest Pool C.

The Springbok Sevens squad (with caps and points):

The Hamilton post-mortem earlier this week was brutal, but honest and much-needed for the Springbok Sevens team, and acc...

Lessons were learned and adjustments made and come the HSBC Sydney Sevens on Friday, the Springbok Sevens are determined...

The Emirates Lions have named a strong 23-man side to face Italian outfit Zebre in their opening match of the Vodacom United Rugby Championship in Parma on Friday.

The mantra of “smiles on faces” – as lived by the Springbok Sevens team – is an easy one for the players to express, especially now that they are back playing international rugby again.