The home team dominated the territorial battle, which proved decisive, as the Sigma Lions failed to capatilise on having a strong wind at their backs in the first half and was kept scoreless in the second.

Tim Swiel put the boot into the visitors, both tactically and off the tee, scoring 15 points, while star No 8 and Champion of the Match Evan Roos scored two of the Capetonians’ four tries as they moved from sixth to third place on the log.

The DHL Western Province pack flexed their muscles early, winning a scrum penalty and plenty of metres with a driving maul before Swiel put them on the board with a penalty goal in the eighth minute. His opposite number, Jordan Hendrikse, levelled the scores four minutes later after the Sigma Lions won a scrum penalty of their own.

The hosts looked dangerous on attack and they grabbed the opening try as the experienced Deon Fourie sniped from a ruck and linked up with fellow loose forward Johan du Toit, who offloaded to Godlen Masimla to dot down. Swiel’s conversion brought the opening quarter to a close with the hosts leading 10-3.

The men from Johannesburg were quick to respond as classy play by Wandisile Simelane saw EW Viljoen break a tackle and slide over in follow-up contact to convert their first real opportunity into seven points. The Sigma Lions continued to look panicky on defence, though, which led to a second penalty goal by Swiel. 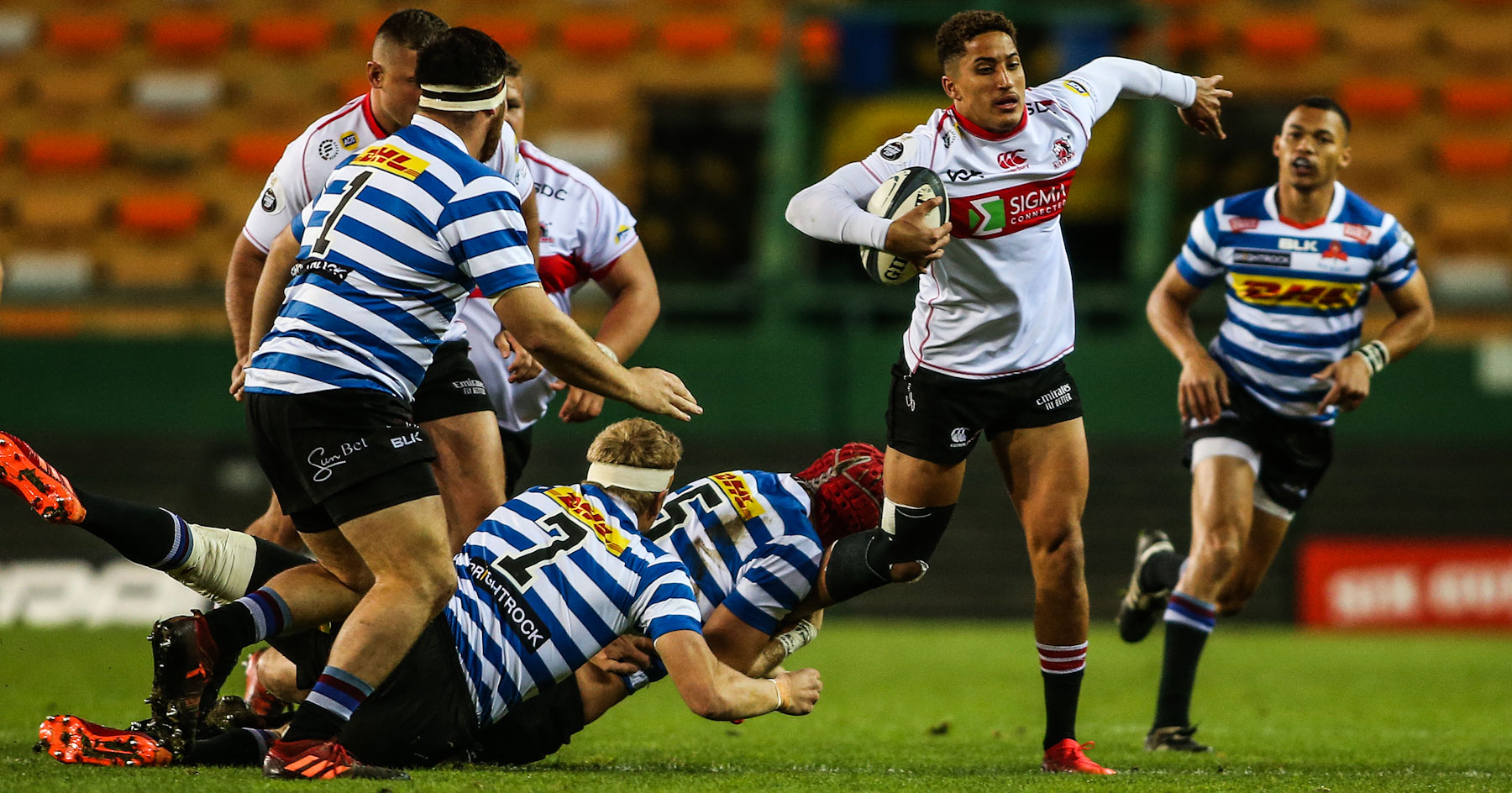 The scores were squared again by Hendrikse in the 32nd minute after Fourie got his turnover attempt wrong. MJ Pelser was then caught playing the ball on the ground and Swiel cashed in with a three-pointer that gave DHL Western Province a 16-13 lead at half-time.

A standout all season, Roos ensured the home team got off to a perfect start in the second stanza as he scored an explosive try two minutes in, which Swiel converted.

Andre Warner nearly scored the Sigma Lions’ second try when he charged down Warrick Gelant’s kick and dotted down on the edge of the dead-ball line. However, TMO Quinton Immelman agreed with referee Rasta Rasivhenge’s decision that the scrumhalf’s touchdown had come just a touch too late.

The men in the hooped jerseys continued to dictate terms and doubled down on their driving maul to take the stuffing out of the Sigma Lions and get within a metre of the try line, where that man Roos struck again to score his second. Swiel continued his goal-kicking showcase and at 30-13, the Capetonians were in complete control.

With nine minutes remaining, the visitors received a glimmer of hope as Neethling Fouche was yellow-carded for a no-arms tackle on Asenathi Ntlabakanye inside his 22. They opted for a scrum only to concede a penalty, a fresh Sazi Sandi doing the damage and snuffing any hopes of a comeback.

DHL Western Province put an exclamation point behind a dominant second-half performance as replacement hooker Andre-Hugo Venter scored the bonus-point try in the final play of the game to cap off their first Carling Currie Cup win over the men from Johannesburg since 2018 in style.

Handré Pollard says the Springboks are determined to build on the standard set against Argentina in their Castle Lager Rugby Championship opener last weekend, as they finetune their preparations for the follow-up match on Saturday.

Argentina head coach Mario Ledesma has made a bunch of changes for Saturday’s second Test against the Springboks in the Castle Lager Rugby Championship at the Nelson Mandela Bay Stadium, where kick off is scheduled for 17h05.

SA Rugby confirmed on Friday that it was prepared to host the remainder of the Castle Lager Rugby Championship matches in South Africa, following the cancellation of the Springboks’ scheduled fixtures in New Zealand.

Physicality and discipline key for Boks

Physical dominance and good discipline will be two of the key factors for the Springboks when they line up against Argentina in their second Castle Lager Rugby Championship Test in Nelson Mandela Bay on Saturday.