The Leopards lifted the Carling Currie Cup First Division trophy for the first time since 2015 when they beat the Down Touch Griffons in a tense final in Potchefstroom on Friday, with the result still in the balance until the last play of the match, which took place in cold and windy conditions.

Of the chasing pack, the men from Johannesburg have played 10 matches and will have to win both their remaining fixtures to be in with a shout of reaching the playoffs, while the other four sides still have three games to go.

And after Wednesday’s three clashes – in Nelspruit, Bloemfontein and Cape Town – there will be a much clearer picture of who will in all likelihood travel to Pretoria and Durban for the playoffs.

With both coaches having overhauled their teams following taxing midweek matches, the superior depth of the defending champions proved decisive. It was a complete performance by the men from Pretoria, who held a one-point lead at the break before going on to blow the hosts away in the second half.

Ultimately, Jake White’s side outscored their neighbours by seven tries to two for a full-house of log points, whilst leaving the Sigma Lions with nothing to show for their efforts and stuck outside the top four on the standings.

When Jacques Potgieter was red carded in the 43rd minute, the hosts were leading by a point, but they scored almost immediately with warning lights going on for the Free Staters.

The visitors deserve a lot of credit for never giving up and in the end, with the Cell C Sharks reduced to 13 men with two yellow cards in quick succession, the Toyota Cheetahs could still salvage a draw, but it wasn’t to be as the hosts scored at crucial times to keep the scoreboard ticking over and maintaining a two-score lead for most of the second half.

DHL Western Province and the New Nation Pumas played to a 40-all draw in a pulsating Carling Currie Cup clash at Newlands on Sunday, where the skill and conditioning of both sides were on display in a high-octane and high-scoring affair.

The teams maintained an incredibly high pace for the full 80 minutes of the action-packed clash, which saw four tries being scored in the first quarter, three in the second, two in the third and three in the fourth on a perfect afternoon for running rugby.

The Capetonians led the dance and threatened to pull away on a number of occasions, but the never-say-die attitude of the Lowvelders saw them stay in the hunt and selvage a draw with a final converted try in the 78th minute. 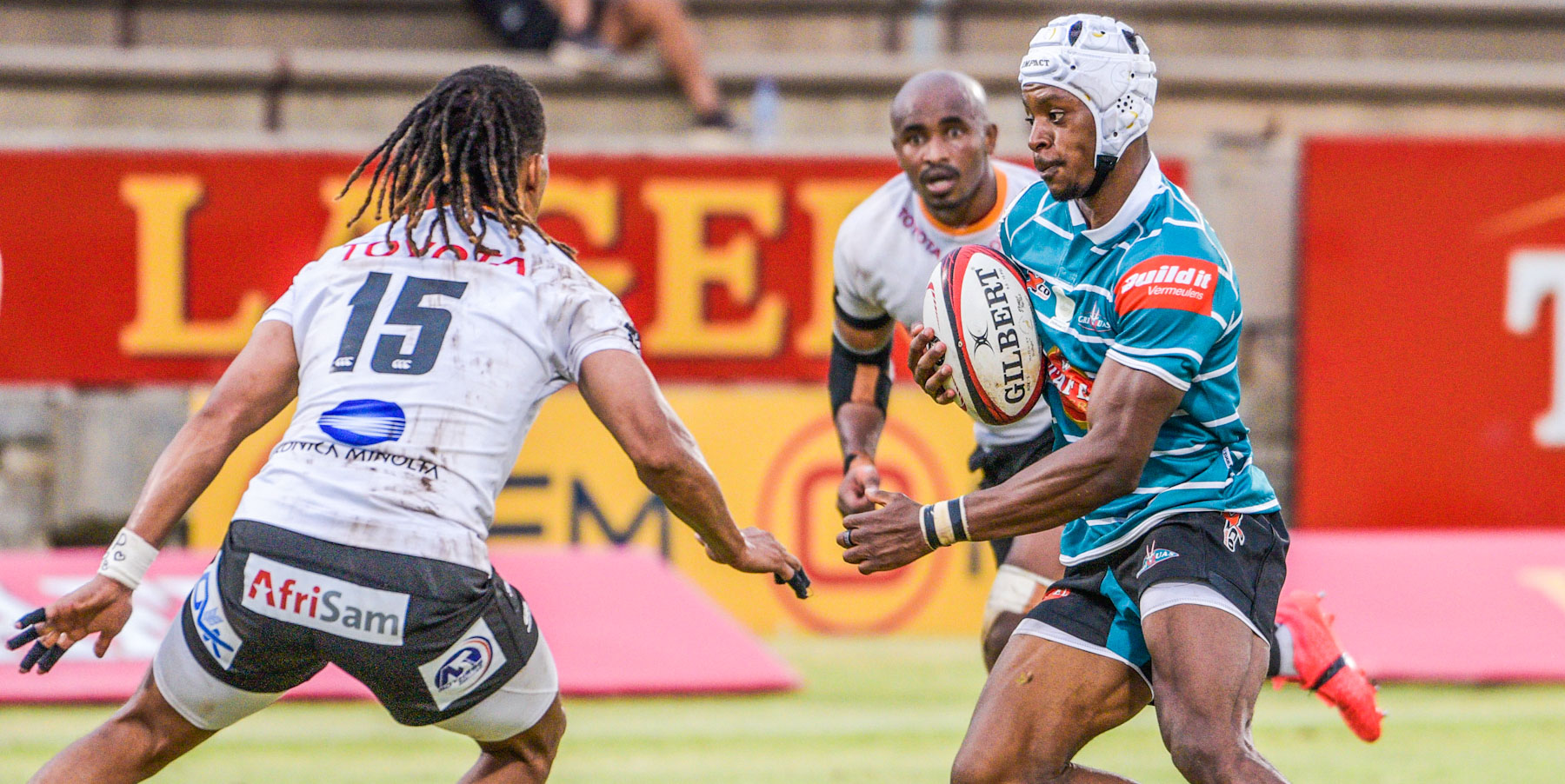 Daniel Kasende on the attack for Tafel Lager Griquas.

As teams move into “must-win” territory, the intensity in the Carling Currie Cup Premier Division is set to rise by a few notches, with the Sigma Lions facing a big task at hand when they travel to Cape Town to tackle DHL Western Province on Wednesday evening.

The Capetonians have one game in hand over their opponents, who will be going all-out to repeat their 38-32 victory in the second round.

The Vodacom Bulls face a tricky away fixture when they travel east on the N4 to face the New Nation Pumas in Nelspruit, where the Lowvelders have been a tough opponent this year. They will also be full of confidence after fighting back to draw with DHL WP in Cape Town on Sunday.

The other match on Wednesday is a Central Derby in Bloemfontein, where the Toyota Cheetahs will be desperate to keep their playoff hopes alive against a resurgent Tafel Lager Griquas.

The men from the Northern Cape will be looking for a second win over their neighbours this season, which will ensure they stay in the top four as the competition goes into the final straight. 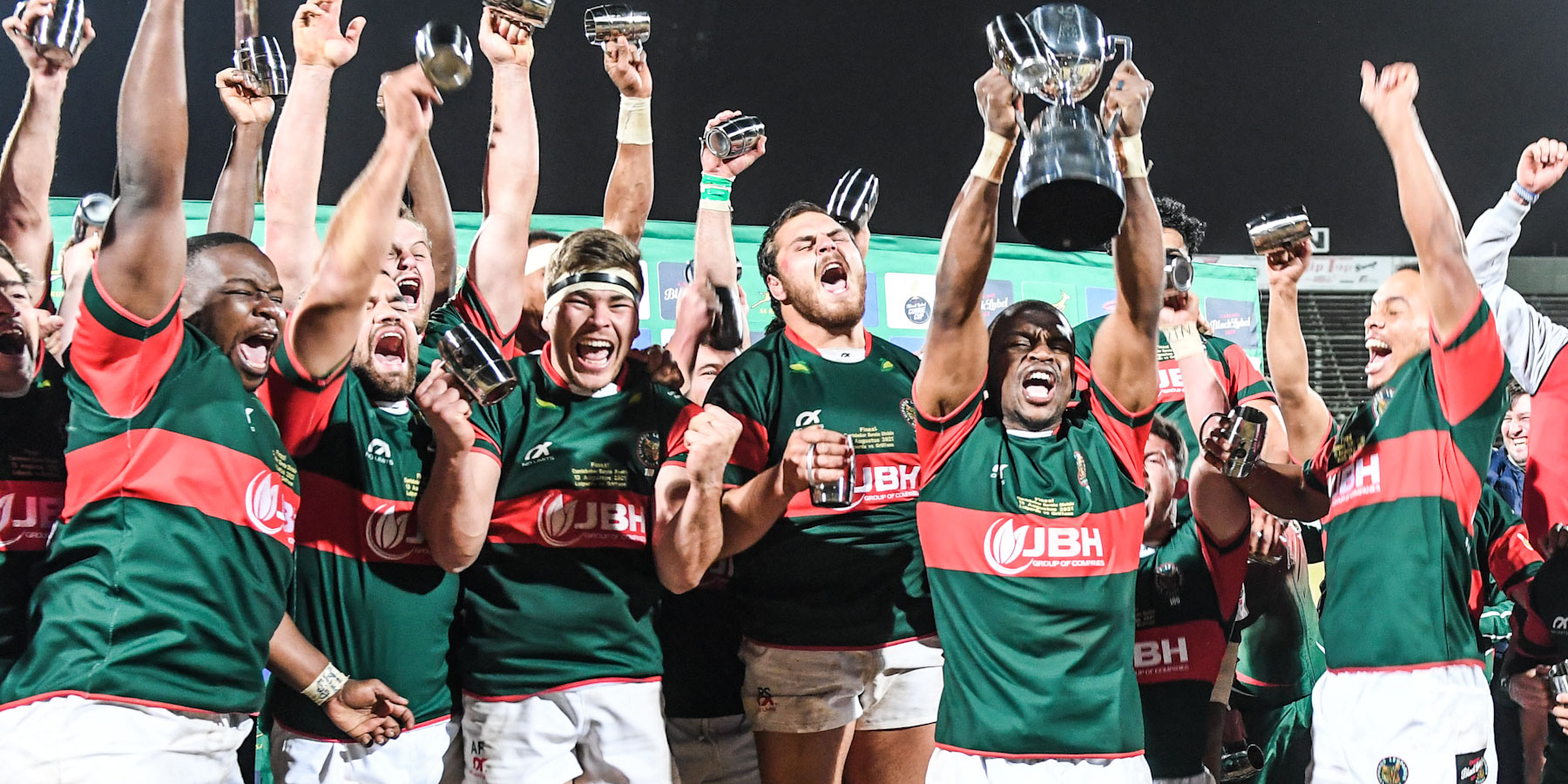 The Leopards claimed the Carling Currie Cup First Division title for the first time since 2015 by beating a fast-finishing Down Touch Griffons side by 19-18 at Olën Park in Potchefstroom on Friday, in a match deserving of being called a final.

Despite icy cold conditions and a strong cross wind, both teams played with a positive mindset which resulted in a match that went down to the very last play.

The Leopards held a 14-6 lead at the break, having outscored their Welkom opponents by two tries to nil, and the hosts scored their third try early in the second half before the Griffons came storming back.

The visitors scored two tries in the last 30 minutes, but just could not get the final score, as the Leopards showed good character and defence late in the match.

Sharks too strong for 14-man Cheetahs

DHL Western Province and the New Nation Pumas played to a 40-all draw in a pulsating Carling Currie Cup clash at Newlands on Sunday.

Springbok utility forward Jean-Luc du Preez joined the national squad in Nelson Mandela Bay on Sunday as additional cover at lock and loose forward as they look to defend their Castle Lager Rugby Championship title in the next few weeks.