Dumke, who led South Africa in the series win over Kenya, was ecstatic after a dramatic 29-22 win over the Kenyans in the second Test, with a try by Libbie Janse van Rensburg levelling the scores before the Springbok Women’s captain scored the match winner in the last minutes.

“This team have a lot of desire and fight; I am so proud of them as they never wanted to give up,” said Dumke.

“It was such a privilege to play in a team that responded like this. It is the most rewarding feeling to be able to play these games and to be able to display what we are capable of as a team. We believed in our structures and believed it would pull us through."

The South Africans outscored their opponents 16 tries to three and won the series with an average score of 48-11 thanks to a 66-0 victory in the first Test, but a much-improved Kenyan outfit forced the home side into a number of unforced errors, and they had to dig deep into their character and desire to win.

“You have to give credit to Kenya, they really played well,” said Dumke.

“They did their homework after the last match and came at us with a better plan. They were very physical and showed very good improvement from last week. It was tough playing two matches in five days, but we coped well, although the bodies are sore.” 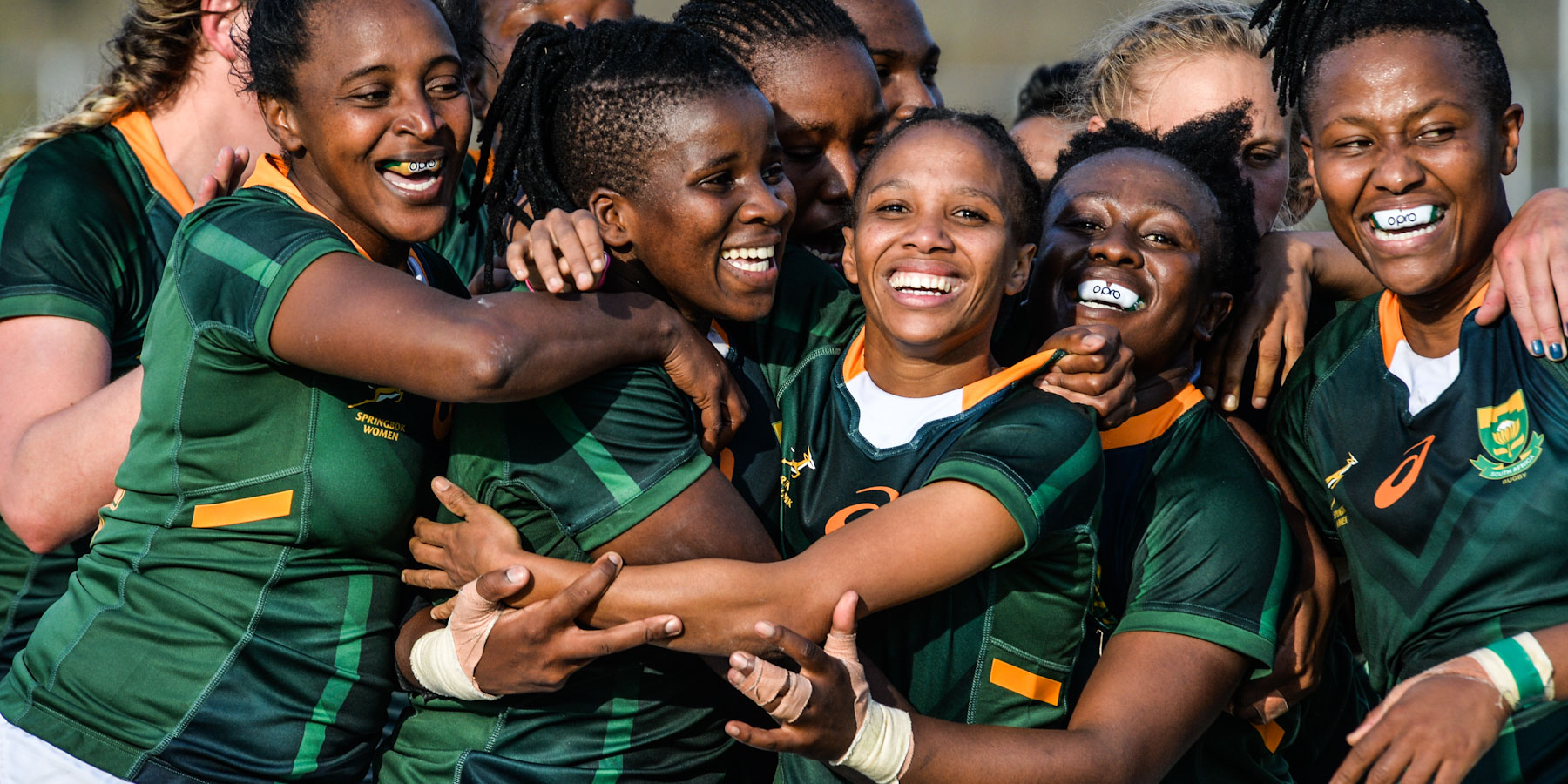 Smiles all around after Lusanda Dumke scored the series-winning try against Kenya on Monday.

Dumke feels the extended Women’s Premier Division, played over two rounds and won by the Border Ladies, helped most of the players in the national squad to become battle hardened.

“It certainly hardened us up and that helped us to cope today,” she said.

“This is another step-up with international competition and the short turn-around, but we pulled it through and for that I am very grateful.”

Dumke also captained the Border team who won the Premier Division and to take over the captaincy of the national side was another huge honour, she said.

“I was very humbled to have won the national title with Border and to now lead my country,” said Dumke.

“One must always strive for more. I took a conscious decision this season to do some self-improvement, mentally and physically and not wait for others to do things for you. I worked on a number of things, and it is paying off.”

Tune in for the second Test between the Springbok Women and Kenya Lionesses, live from Stellenbosch at 15h00 on Monday.

The Springbok Women, leading 17-12 at the break, had to overcome a strong second half surge by Kenya and needed a late try by their captain, Lusanda Dumke, to beat the East Africans 29-22 at Danie Craven Stadium in Stellenbosch on Monday.

Cheetahs fight back to sneak past Griquas

The Toyota Cheetahs kept alive their hopes of reaching the Carling Currie Cup semi-finals with a hard-fought 33-32 victory over Tafel Lager Griquas in a nail-biting Central Derby in Bloemfontein on Wednesday afternoon.

Carling Currie Cup pacesetters the Vodacom Bulls continued their winning ways when they powered to a 33-26 bonus-point win over the New Nation Pumas in Nelspruit on Wednesday afternoon.