The SA 1 squad outplayed the SAS Rugby Sevens Academy 42-0 before a strong 31-7 win over Kenya, while SA 2 beat Zimbabwe 24-7, before recording victory with the same margin over Uganda in their second outing of the day.

These results mean that the SA 1 side kept their winning streak intact, while the SA 2 side's only blemish was against Kenya in a close defeat on Saturday.

Springbok Sevens coach Neil Powell, who took charge of SA 1 for this tournament, arranged by Rugby Africa to give teams tournament time before the Olympics in July, was pleased with the performances, especially with the way his side responded to beat Kenya in the final match of the day.

After two early tries by Selvyn Davids and Angelo Davids, the Kenyans scored a converted try for a 10-7 score line at the break.

Angelo Davids extended the lead in the second half, before Christie Grobbelaar gathered his own chip kick to score and put daylight between the sides.

A late Ruhan Nel try, after a thumping tackle by the big centre dislodged the ball from his opponent, which Nel gathered to score, was the final nail in the coffin.

Powell said his side showed great determination in their the defensive effort.

"We play against Kenya quite often during the normal World Series events, so both teams knew what to expect from each other,” said Powell.

“This time around, due to the lack of tournaments in the last 14 months, we have not played them in a while. What remained though is their physical presence and how they force that on you. So we did well to combat and counter that and applied pressure in areas where we felt we could gain an advantage.”

In their opening match of the day, against the SAS Sevens Academy, the SA 1 team again delivered a strong second half performance, scoring four tries, while keeping their opponents at bay. Impi Visser dotting down against Uganda.

The SA 2 side, which included a number of players from the SA Rugby Sevens Academy, will be pleased with the way they responded on day two of the tournament. Their captain for this tournament, Impi Visser, said the experience gained by the squad will be valuable in future.

"A couple of these players have not played against other teams that are on the World Series circuit or play there on occasion, like Zimbabwe and Uganda do,” said Visser.

“So this was a good learning curve for them. The African teams are always a physical bunch and today was no different."

Visser said the fact that they will have to do it all over again next Friday and Saturday will be a good mental and physical challenge for the younger group.

"They will now experience what the World Series is like - playing one weekend and having to do it all over again the next. They will again have to pitch up physically and mentally and that is why this Solidarity Camp has been so valuable already. We want to thank Rugby Africa for this opportunity,” added Visser.

The schedule for Friday and Saturday's matches will be released during the week. 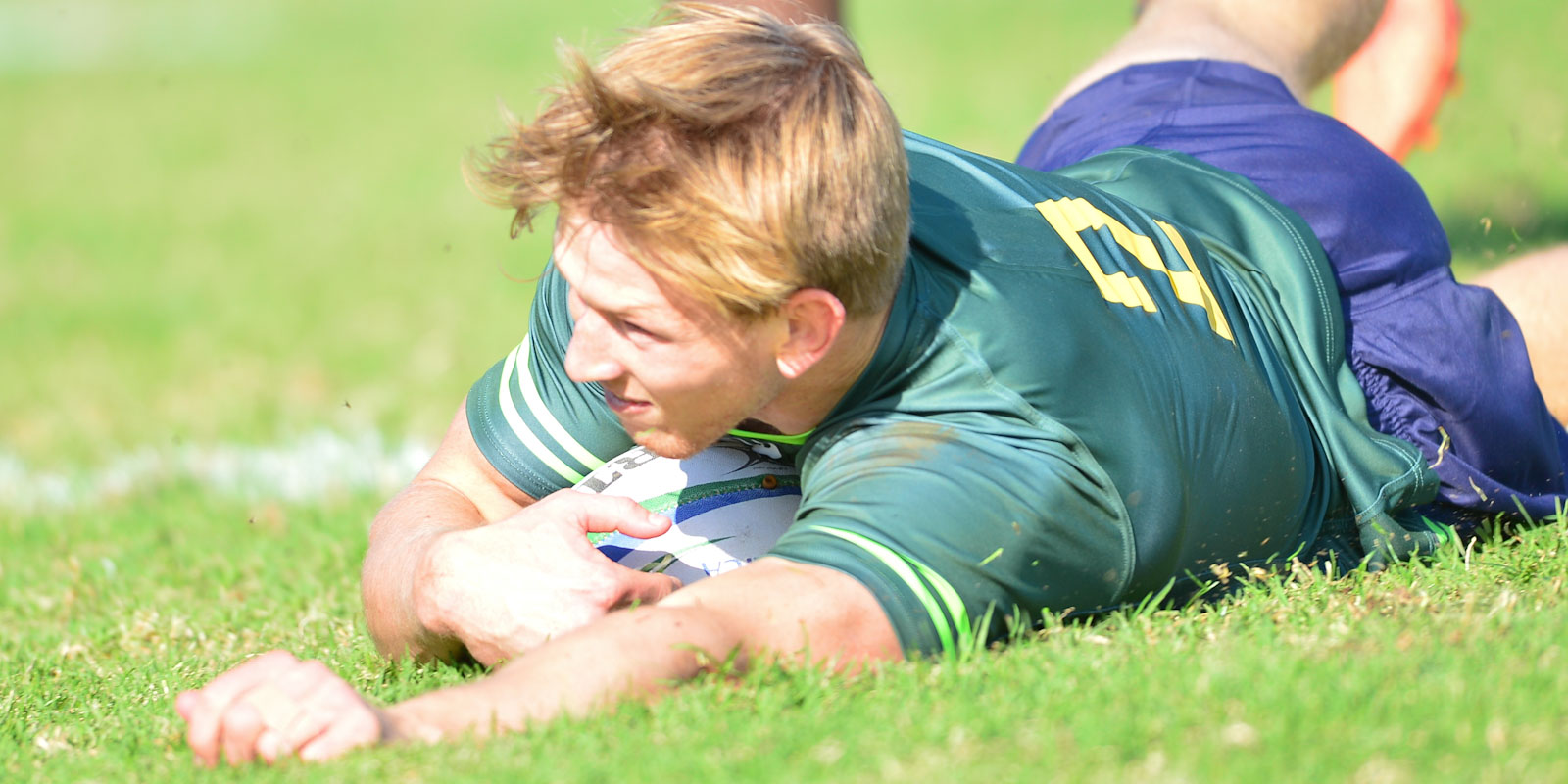 TUT Vikings, UKZN Impi and Rhodes ended the pool phase of the FNB Varsity Shield with wins at Loftus Versfeld on Friday, but none of them will feature in the final at Tuks Stadium on Sunday.

Women’s Premier Division off to a thrilling start

The Women’s Premier Division got off to an exciting start on Saturday with DHL Western Province, the defending champions, scoring a runaway victory, and well-deserved wins by Border Ladies and the EP Queens keeping fans glued to their screens.

The Cell C Sharks recorded their second successive bonus point victory in the PRO14 Rainbow Cup SA when they beat the Emirates Lions by 34-26 at Jonsson Kings Park in Durban on Saturday afternoon.