Lukhanyo Am’s Cell C Sharks team have the ability to score some eye-catching tries and they continued with that habit on their home turf on Saturday afternoon, scoring four tries inside the hour mark to pave the way for a comfortable and deserved victory.

However, the Durbanites also had some lapses in concentration and discipline, which allowed the tenacious Emirates Lions to stay in the hunt for points. 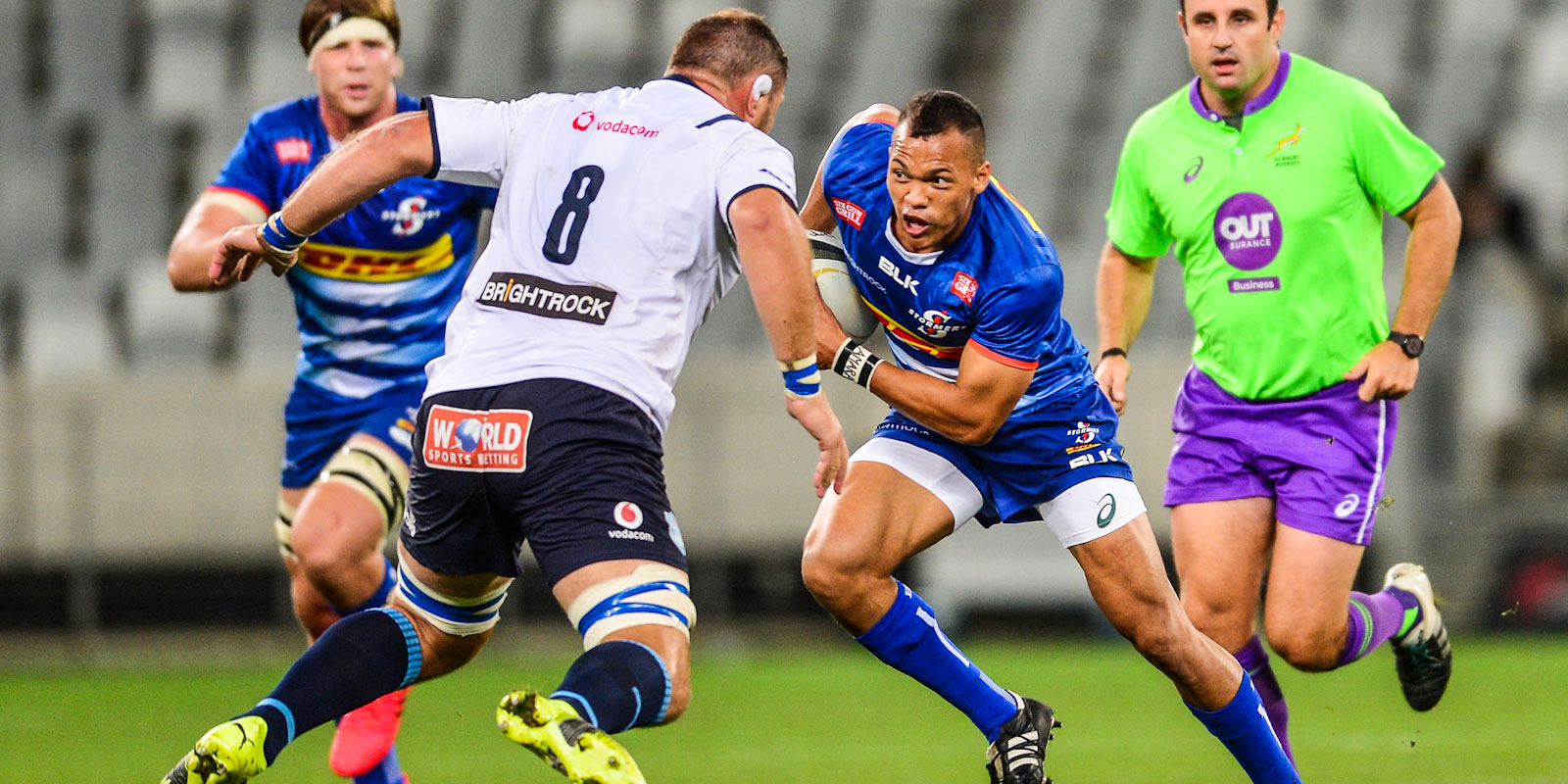 Jake White’s Vodacom Bulls travelled down to Cape Town for a typically tense and tight North-South derby with the DHL Stormers at the Cape Town Stadium.

The home side were on top in the scrums, but struggled in the lineouts, with the visitors showing composure under pressure to clinch the win, which was the DHL Stormers’ second narrow defeat of the campaign on their new home ground.

As a result of their second bonus-point win in a row, the Cell C Sharks remain top of the log with 10 points, two points more than the Vodacom Bulls (8), followed by the DHL Stormers (2) and Emirates Lions (1).

Next weekend, the Emirates Lions host the DHL Stormers in Johannesburg and the Cell C Sharks travel up to Pretoria to tackle the Vodacom Bulls.

The Vodacom Bulls showed their experience to deliver under pressure in their 20-16 victory over the DHL Stormers in their second round PRO14 Rainbow Cup SA clash at the Cape Town Stadium on Saturday evening.

Jake White's team notched up their second successive win of the campaign while at the same time handing John Dobson's charges a second defeat at their new home ground.

All three tries were scored in the first half – a brace for Vodacom Bulls wing Madosh Tambwe, while Evan Roos (No 8) crossed for the hom team – with only a handful of penalty goals traded in the second half, with the visitors piling on the pressure after the break.

During the final ten minutes the home side tried absolutely everything to score the winning points. However, it wasn’t to be for the DHL Stormers as the Vodacom Bulls brilliantly contested to steal yet another lineout right at the end, which brought the match to end, giving the Pretoria outfit their second win in as many weeks.

The Cell C Sharks recorded their second successive bonus point victory when they beat the Emirates Lions by 34-26 at Jonsson Kings Park in Durban on Saturday afternoon.

At one stage the Cell C Sharks led by 24-5, and the half-time score was 24-12, but the Emirates Lions, with their youthful squad, kept on hammering away and they were rewarded with a four-try bonus point right at the end, while the KwaZulu-Natalians failed to replicate their first half form after the break, mainly due to three yellow cards.

The home side started like a house on fire and kept the visitors under pressure for most of the first half, although the Emirates Lions did well to score two first-half tries.

With the Cell C Sharks leading by 15 minutes and the clock winding down, the action dwindled a bit as mistakes crept in on both sides.

Henco Venter (flanker) became the third Durbanite to be yellow carded and the Emirates Lions ensured they left Durban with a bonus point when their impressive loose forward Vincent Tshituka crashed over from a lineout drive.

TUT Vikings, UKZN Impi and Rhodes ended the pool phase of the FNB Varsity Shield with wins at Loftus Versfeld on Friday, but none of them will feature in the final at Tuks Stadium on Sunday.

Women’s Premier Division off to a thrilling start

The Women’s Premier Division got off to an exciting start on Saturday with DHL Western Province, the defending champions, scoring a runaway victory, and well-deserved wins by Border Ladies and the EP Queens keeping fans glued to their screens.

The Cell C Sharks recorded their second successive bonus point victory in the PRO14 Rainbow Cup SA when they beat the Emirates Lions by 34-26 at Jonsson Kings Park in Durban on Saturday afternoon.