The Springbok Women team to play France in their opening Pool C match of the Rugby World Cup in New Zealand has a familiar and experienced look to it, with only prop Sanelisiwe Charlie not a regular starter in the 2022 season.

Springbok Women coach Stanley Raubenheimer named both his Rugby World Cup veterans, Nolusindiso Booi and Zenay Jordaan, in the squad, with Booi leading the team out at Eden Park in Auckland on Saturday.

Jordaan is named on the bench and will equal the Springbok Women record of 34 Test caps held by Zandile Nojoko when she gets a run on Saturday.

Raubenheimer also named Tayla Kinsey at halfback and prop Asithandile Ntoyanto on the bench, meaning that all four players with previous Rugby World Cup experience will be involved in the opening match of the global showpiece.

Charlie will make a first start since August 2021, when she debuted against Kenya in Stellenbosch, but the powerful EP Queens loosehead prop was part of the match day squads in Wales in 2021 as well as the Japan and Spain series this year.

Eloise Webb is the only player selected that saw no action in the four Tests against Japan and Spain as she was out injured. She will play off the bench against France.

Raubenheimer said he has the utmost confidence in his charges.

“I had a pretty good idea of what my starting team was going to look like for a while now, and I told the players before we departed South Africa what everyone’s role will be in this match,” said Raubenheimer.

“It is pleasing to know that the planning was spot on in terms of the preparation of this squad and I have to give credit to my medical and management staff for making sure we could select the team best suited to take on France.”

Raubenheimer said the form of the players showed their growth during the last six months: “We went to play France last year to experience the intensity they play with first hand, and it was an important first step in getting us ready for this match.

“We are now ready to deliver a result that will make the group, but also the country proud. They are one of tournament favourites’ and rightly so, but that is not an issue for us. We have a plan; we have the players. The trick is now to make sure both work in harmony.” 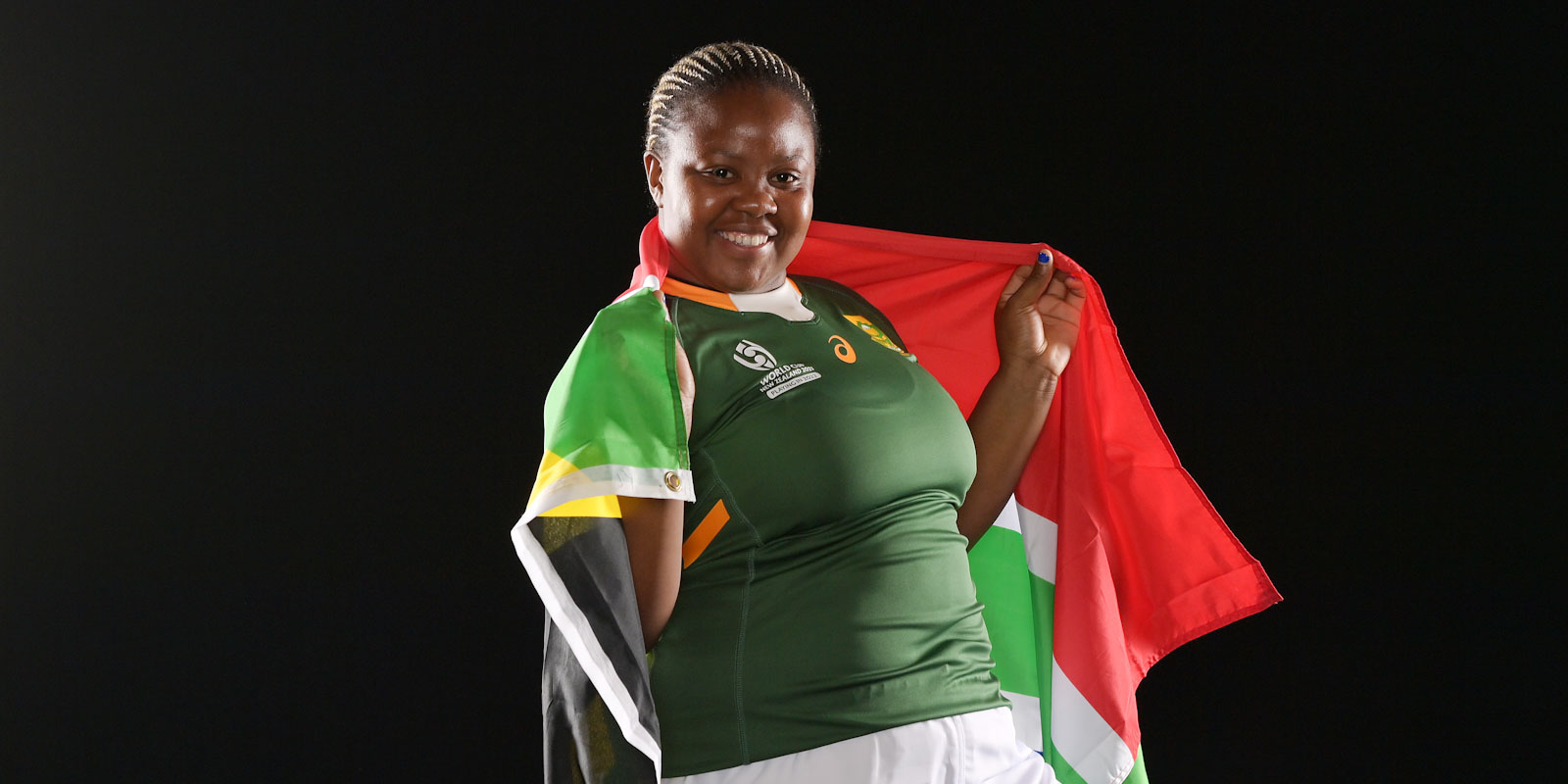 Saneliswe Charlie will start the match against France at loose head prop.

On the selection of Charlie, the coach said they were looking for a mobile and strong loosehead prop that can defend well and steal ball for this match.

“Sanelisiwe is such a player, and I am expecting her to make a significant impact on Saturday. I am sure she will make the most of this opportunity,” he said.

Springbok Women prop Babalwa Latsha, who is playing in her first Rugby World Cup after 17 Tests, complimented the coaching staff for their preparation and the framework provided to the team.

“We have been working towards this match for months now – 8 October was a clear marker in our diaries, and we are all ready to confront France and the world order on Saturday,” said Latsha.

“We respect our opponents, but this game is about us and how we deliver on match day. We know a strong set piece will make things much easier for our dangerous backline, so we will target that. It is also going to be about the small things and to cut out silly mistakes as France will punish you if that happens.”

Latsha said they will not be overawed by the stadium, crowd or opponent: “It is huge for us, of course, what an honour to play the opening game. We cannot allow that to dictate our mindset though, we have a job to do and prepared well to do that to the best of our ability. Everybody back home will be watching; we cannot disappoint them.”

The Springbok Women team to face France in Auckland:

Roos: “We are ready to make a statement”

The growth of the Springbok Women’s team over the last 12 months and their determined climb up the world rankings had many take notice of a potential new entry into the top ten of the world game, and those in the know will also point to the coinciding debut of a dynamic outside back in the green and gold and the impact Nadine Roos has made in this time.

The penultimate round of SA Under-21 Cup league fixtures were contested over the past weekend, which resulted in victories for the log-leading Vodacom Bulls and their nearest challengers, DHL Western Province, while there were also two important matches played in the U21 Shield competition.

The South African Vodacom United Rugby Championship teams will aim high in round four of the competition this weekend as all four teams look to build on their winning momentum on tour in the Northern Hemisphere, while the Vodacom Bulls, DHL Stormers and Cell C Sharks will look to stretch their unbeaten runs.

Belief and relief for Bok Women in RWC opener

The Springbok Women believe that their preparations are spot on, that their gameplan is solid and that the will to win is as strong as it has ever been, which adds up to make them a dangerous opponent in Saturday's Rugby World Cup opening match against France at Eden Park in Auckland, according to team captain Nolusindiso Booi.

The Emirates Lions showed plenty of guts against a strong Edinburgh side to win their third consecutive Vodacom United Rugby Championship tour match in the Northern Hemisphere by 22-19 in the Scottish capital on Friday evening.

Springbok lock Salmaan Moerat will captain a DHL Stormers team which feature centre Alapati Leuia on debut against Zebre Parma at the Stadio Lanfranchi on Saturday.