Small margins will be crucial for Springbok Women

Their tour to Japan – despite the result of Saturday’s second Test against their host nation in Kumagaya Rugby Stadium – is already a huge success for the Springbok Women and their journey towards the Rugby World Cup in New Zealand in October this year.

That is the view of Springbok Women captain Nolunsindiso Booi, as they completed their final training session before the Test in preparation of the second opportunity to beat Japan.

The hosts won 15-6 in Kamaishi last week, but Booi is confident that the result will be different this time around in a very hot and humid city, that is also the home of current Japanese Division One champions, the Panasonic Wild Knights.

“We spoke about and trained to eliminate the small margins between the teams all week; now it is time for us to go out there and do it,” said Booi.

“We were not far off the mark in Kamaishi, but truth be told, we just made too many errors to deserve the win. And we gave the ball away to Japan too many times. Now we have another opportunity to change that, and I think we can.

“The tour has tested us properly. The extreme weather conditions, the very long hours of travel and the challenge from the Sakura XV all provided a stern test. Our response in the first Test was not ideal, I know this time we will front up to the challenges in a calmer and more calculated way as we learned from the experience and will be a better team for it,” she confirmed.

“The tour was planned to get us in shape for the Rugby World Cup and we have already reaped massive benefits. We are closer together as a squad, we learned to work together and have one confirmed vision – that we are all South Africans who love our country deeply and want to make it a better place for those to come.

“Also, for our jersey – we need to make sure it remains an inspiration to those girls wanting to play rugby and this tour all contributed to our unity as a squad.” 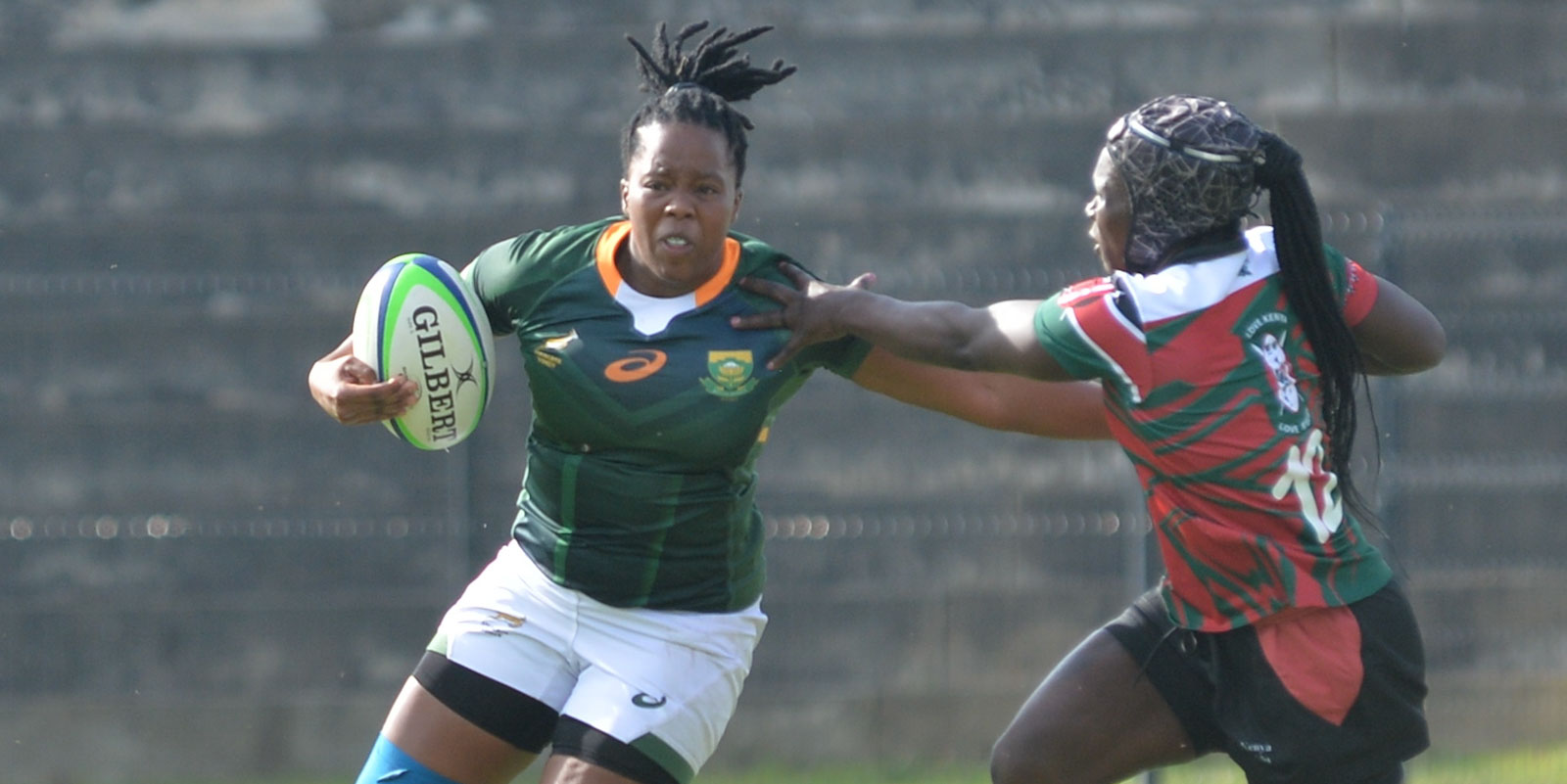 Booi said the game plan from last weekend will not change much, but the execution will and that could be the difference: “We are the more physical side and need to make that count. We are backing our set-piece to be the difference in the game and to create us opportunities, field position and territorial dominance. This time, we have to lead the way in finishing off scoring chances too.”

She said playing at the Kumagaya Rugby Stadium will also spur them on: “This is a beautiful stadium and probably the best I have played at in a while. The fact that the Springboks beat Japan here in 2019 (in a RWC warm-up match) certainly helps us in our motivation as we would like to follow their example and do the same. We need to make sure we come into this game focussed and do not stop until the last whistle.”

For Chumisa Qawe, playing until the final whistle is now a given. The hard-running centre started all four Tests last year, but in the last three internationals she was playing off the bench and she says the change in role has not changed her outlook in playing.

“I take over from Aphiwe (Ngwevu) and just continue in that role and style,” said Qawe.

“We are similar players, so the game plan does not change when I come onto the field in her place. For me it is just to make sure I continue with the good work she has been doing recently.

“The conditions are very tough and our role from the bench is to take over from those players who have emptied their tanks and make sure we continue doing good things for the team. We are certainly looking to finish the tour on a high.”

The SWD Eagirls are the new champions of the Women's First Division after they won Saturday's final in Potchefstroom in convincing fashion, beating the Leopards by 36-14 on their home patch in North West province.