For their ninth Rugby World Cup participation, Tonga will be joining the Springboks, as well as Romania, Ireland and Scotland in Pool B.

The 'Ikale Tahi' will begin their RWC 2023 campaign against Ireland in Nantes on 16 September, before playing Scotland in Nice on 24 September, South Africa in Marseille on 1 October and finishing against Romania in Lille on 8 October.

The Pacific Islanders then bounced back with a 54-10 win against Cook Islands earning them the right to compete in the Asia / Pacific 1 play-off against Hong Kong on Australia’s Sunshine Coast.

Furthermore, World Rugby confirmed on Monday that the Final Qualification Tournament for Rugby World Cup 2023 will take place at The Sevens Stadium in Dubai from 6-18 November, 2022. 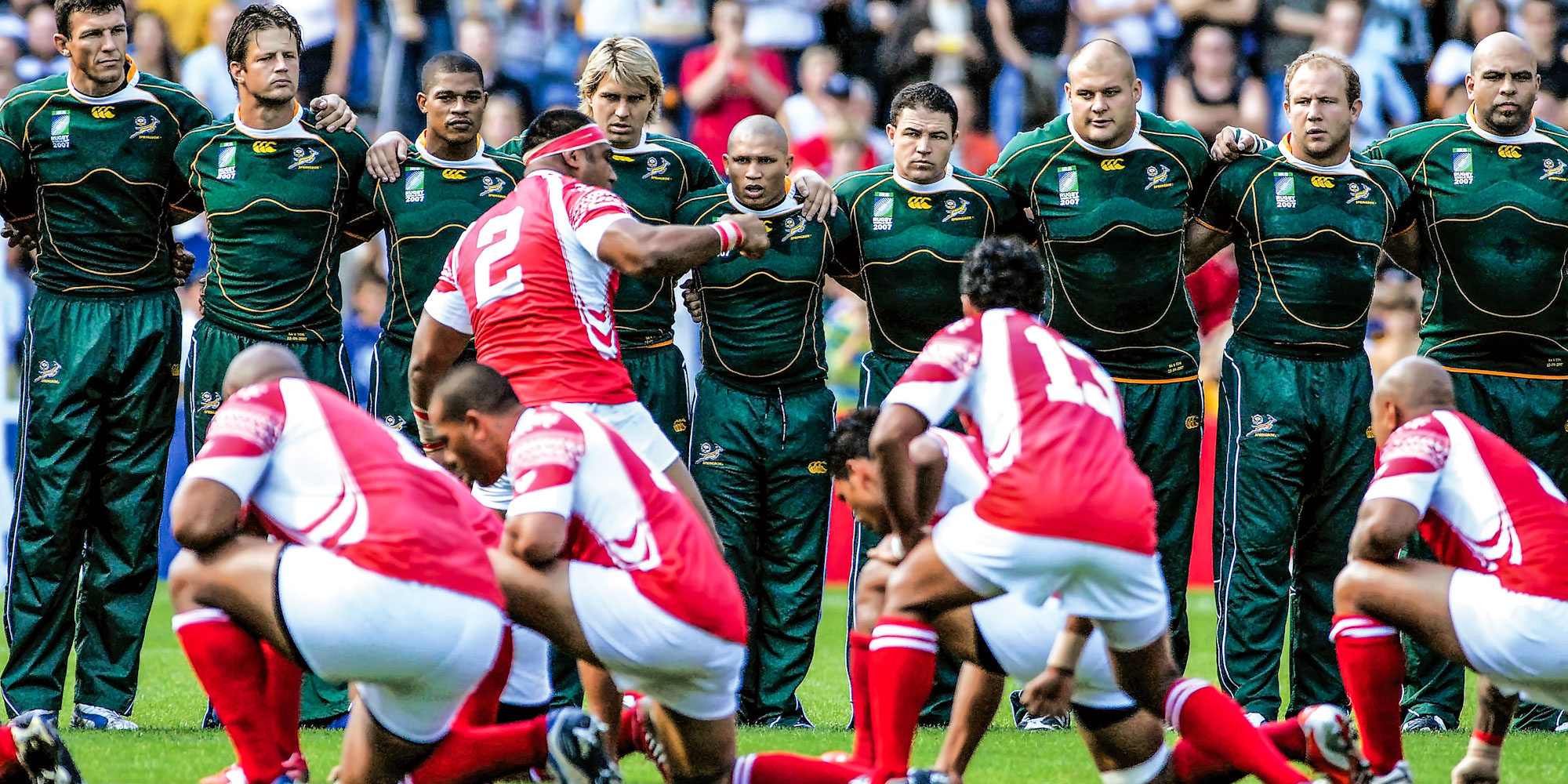 The Springboks face Tonga during the 2007 Rugby World Cup in France.

Dubai will welcome Hong Kong (Asia / Pacific 2), Kenya (Africa 2), Portugal (Europe 3) and USA (Americas 3) for the tournament that will determine the 20th and final qualifier for Rugby World Cup 2023 in France.

Played over three match days from 6-18 November, the four teams will face each other in a round-robin format with the team accruing the most competition points securing the last place at France 2023. They will take their place in Pool C alongside Wales, Australia, Fiji and Georgia.

Portugal were the first to book their place in the Final Qualification Tournament by securing third place in in the Rugby Europe Championship 2021 and 2022 combined standings. They were joined by Kenya on 10 July after the Simbas finished as runners-up to Namibia in the Rugby Africa Cup 2022 in France. Kenya also reached this stage in RWC 2019 qualification and are hoping to reach a first Rugby World Cup.

USA, after narrowly losing to 52-51 on aggregate to Chile in the Americas 2 play-off, will want to win the Final Qualification Tournament to maintain their record of having qualified for every Rugby World Cup since their only absence in 1995. Asia Rugby Championship 2022 winners Hong Kong will try to bounce back from their 22-44 defeat against Tonga on Saturday, 23 July to qualify for the first time and complete the RWC 2023 line-up.

World Rugby Chairman Sir Bill Beaumont said: “There is only one remaining ticket for Rugby World Cup 2023, and it will all comes down to a fantastic Final Qualification Tournament hosted in Dubai this November. The four participating teams have proven their worth during a challenging qualifying process that started in March 2021 and they will give their absolute best to join the France 2023 adventure. Rugby fans worldwide can expect an outstanding and hard-fought tournament.

“We are also delighted to partner with Dubai for this important milestone. Dubai and its Sevens Stadium are an iconic rugby stronghold and represent an ideal and neutral location for teams coming from the four corners of the globe, with world-class infrastructures for teams to perform.”

The Final Qualification Tournament match schedule and match officials will be announced in due course.

Boks bracing themselves for epic battle against NZ

Springbok coach Jacques Nienaber and centre Lukhanyo Am warned on Wednesday that the team were expecting an epic battle against New Zealand when the sides cross paths in back-to-back Tests in the home leg of the Castle Lager Rugby Championship starting next weekend.

Springbok Women coach Stanley Raubenheimer made five changes to his side to take on Japan’s Sakura XV in Kumagaya on Saturday, in the remaining Test of the Japan Rugby Challenge Series. The hosts won the opening test 15-6 in Kamaishi last Sunday.

The South Africa Women’s Sevens team face a dauting challenge at the Commonwealth Games 2022 in Birmingham, where they have been grouped with Australia, Fiji and Scotland in Pool B, and while they recognise they face a daunting task, head coach Paul Delport says they have a plan in place on how to deal with the pressure of playing such strong opposition.