Five star Springboks – Lukhanyo Am, Damian de Allende, Eben Etzebeth, Siya Kolisi and Makazole Mapimpi – are up against each other for the coveted SA Rugby Player of the Year award for 2021 after earning the most votes in the annual nomination process.

SA Rugby announced the nominees in eight categories on Friday. All the winners will be named in 2022, when two new awards recognizing women’s rugby will be announced, the Springbok Women’s and Provincial Women’s Players of the Year, as well as the annual OUTsurance Referee of the Year.

Springbok captain Kolisi, the only player to start in all 13 Tests this year, played a typical captain’s innings while Etzebeth, the most experienced member of the current Springbok squad, was one of the most consistent players this season, often leading the charge of the pack. Am and De Allende, who have now started together as Bok centre partners in 22 Tests, formed a lethal midfield combination, often opening up space on the outside for Mapimpi to score, with the Bok speedster scoring six tries this year.

After a good year in which they won the Castle Lager Lions Series, beat the All Blacks and won two of their three Tests in November, the Springboks and their head coach, Jacques Nienaber, are also up for awards and will square off against the Blitzboks and Neil Powell, as well as the Carling Currie Cup-winning Vodacom Bulls and Jake White for the Team and Coach of the Year awards.

The Hendrikse brothers, Jaden and Jordan, are two of the five nominees in the category for Young Player of the Year, where they will face stiff opposition from Aphelele Fassi, and two of the best young loose forwards in the country in Elrigh Louw and Evan Roos. Jaden Hendrikse (scrumhalf) and Fassi (fullback) earned their first Springbok caps this year (both scoring tries on debut for South Africa), while Jordan Hendrikse was nominated in a second category, the Junior Springbok Player of the Year, along with Jan-Hendrik Wessels and Henco van Wyk.

The Blitzboks – winners of four tournaments in 2021 – finished the year on a very high note and the competition for Springbok Sevens Player of the Year will be tightly contested between one of their bright new stars in Ronald Brown, as well as the experienced duo of Selvyn Davids and Siviwe Soyizwapi, captain of the national sevens side.

Capping off a fine season, Louw (Vodacom Bulls) and Roos (DHL WP) also feature in two categories and will be up against each other for the Carling Currie Cup Premier Division Player of the Year, against Vodacom Bulls flyhalf Johan Goosen. 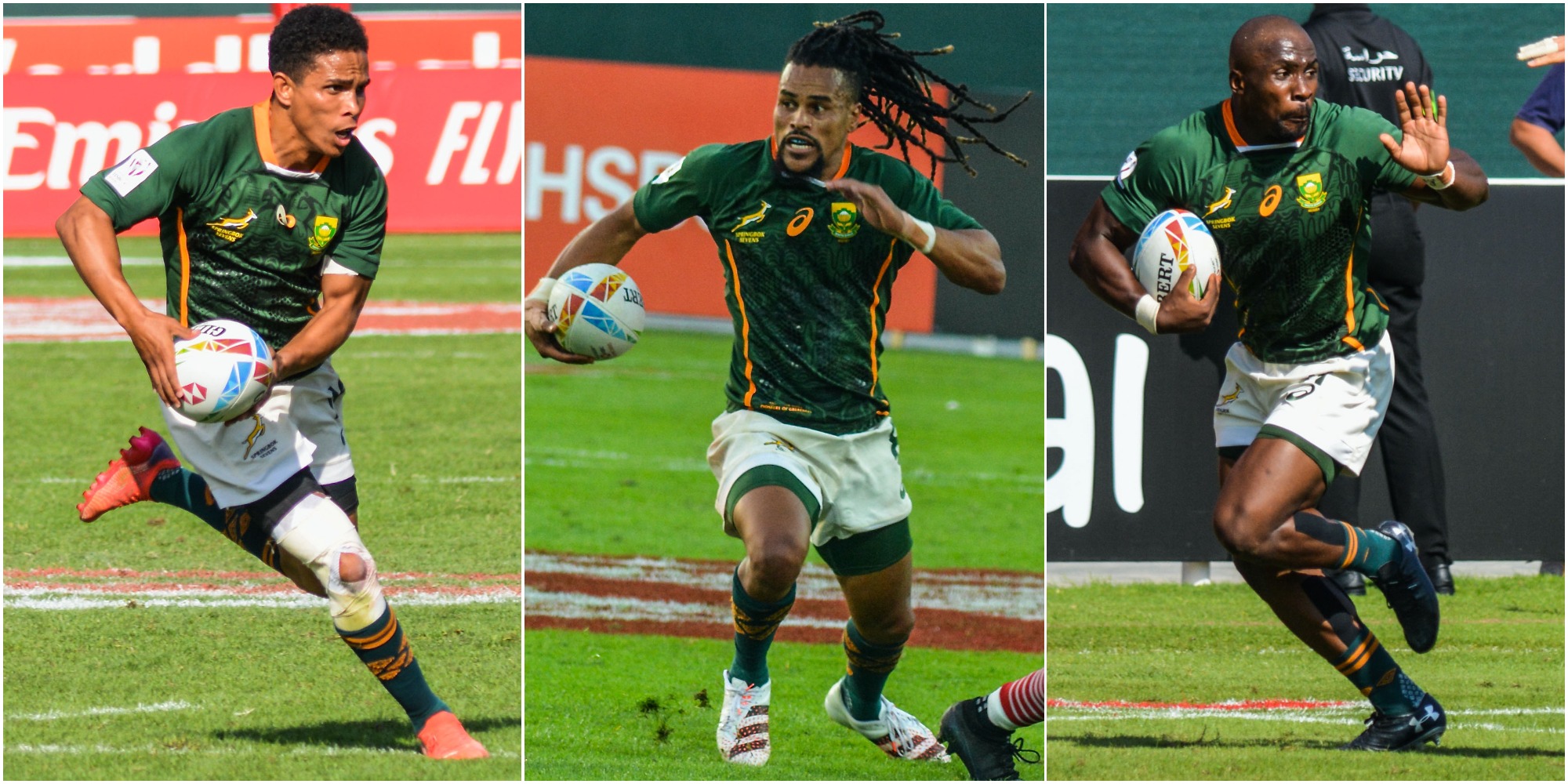 In the final category, Dylan Maart (Boland Kavaliers), Anrich Richter (Valke) and Danrich Visagie (Leopards) are up against each other for the Carling Currie Cup First Division Player of the Year.

An exciting new category was added to the roster this year, namely the Castle Lager Test Try of the Year, where supporters will have the final say in who walks away with this accolade.

Included on the list of nominees – all of which can be viewed below – are tries by De Allende, Mapimpi, Fassi, and Cheslin Kolbe, as well as Springbok Women’s players Zintle Mpupha and Libbie Janse van Rensburg. To vote for your winner, CLICK HERE.

Mr Mark Alexander, President of SA Rugby, congratulated all the nominees on their performances and achievements in 2021.

“It was a very challenging season for all involved, but with typical South African tenacity we got through the year and I would like to congratulate all the nominees on their achievements,” said Mr Alexander.

“After not playing a single Test in 2020, the Springboks showed massive heart, courage and determination, not only for winning the series against a very strong British & Irish Lions side in difficult conditions, but then having to travel abroad for seven consecutive Tests against the best sides in the world. 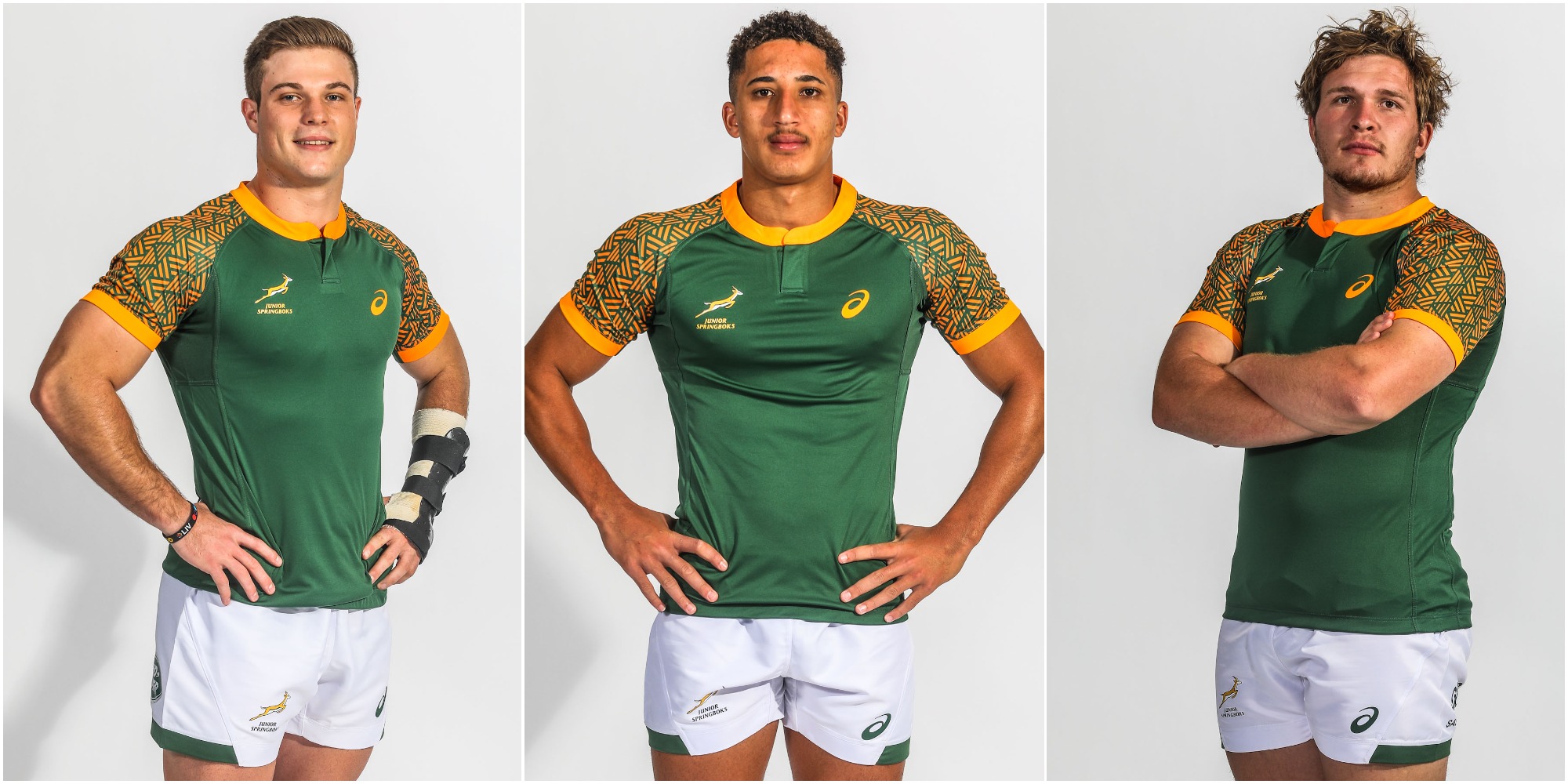 “To finish the season as the top-ranked team in the world deserves praise and we are all very proud of them, while our Springbok Sevens and Junior Bok teams both had stellar seasons. Congratulations to all the players, coaches and team management for their invaluable hard work.

“On the provincial front, we saw excellent rugby played across the board as all of our teams finally came of the pandemic-enforced shutdown.

“This season was also significant as our Springbok Women toured abroad for the first time in three years and we had a double-round of high-quality provincial action, as women’s rugby is building and we are on a long-term pathway to really lift the game for girls and women.”

“As we prepare for what promises to be a massive year in 2022, I would like to congratulate everyone on their nominations, and wish them well for next year.

“But this extends further than just the players who were nominated – our most sincere gratitude goes out to every player, coach, administrator, referee, sponsor and all other significant role players for making 2021 a season to remember.” 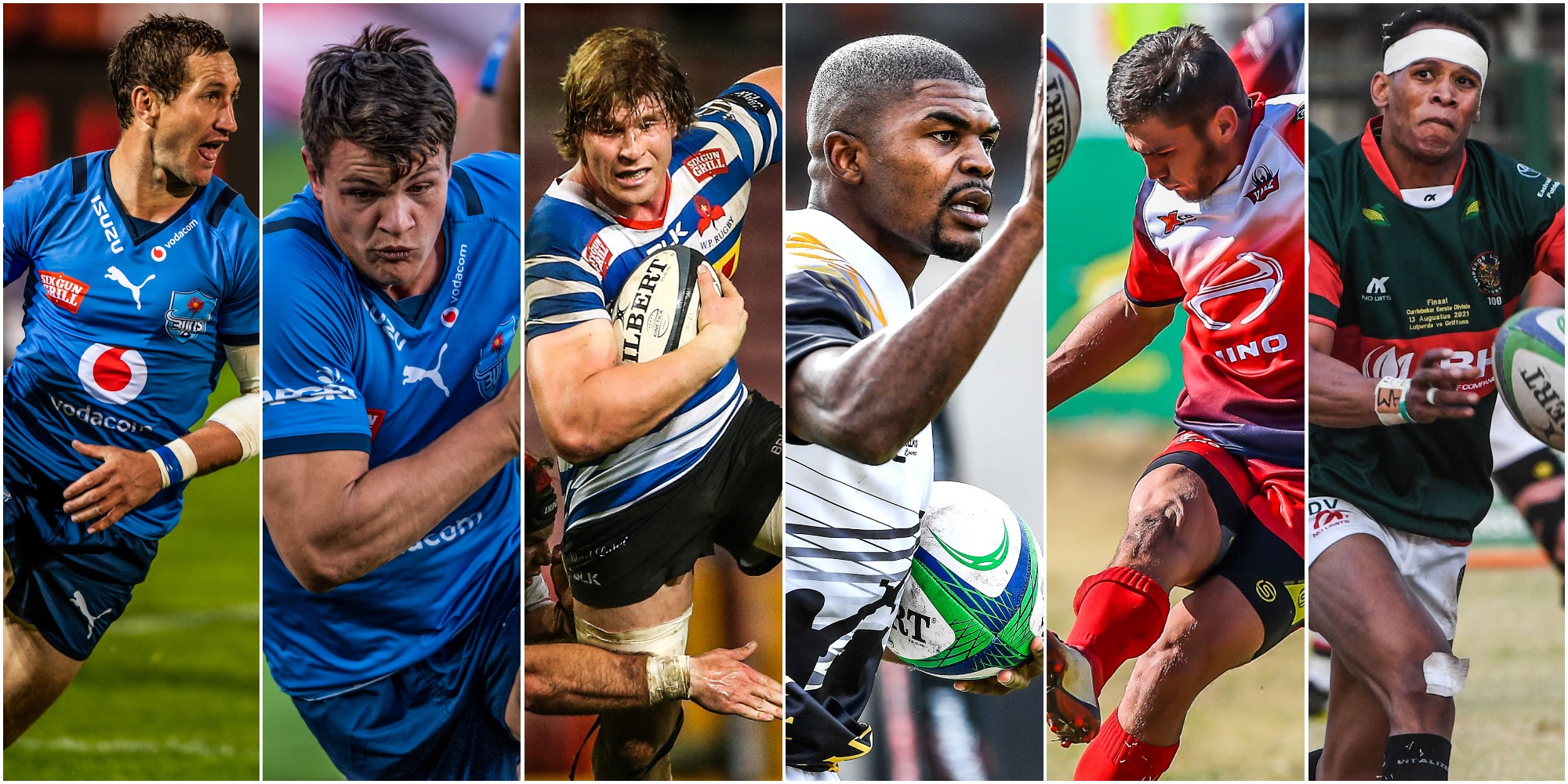 An award for the Player of the Vodacom United Rugby Championship will be made at the conclusion of the competition next year.

All the nominees are (in alphabetical order):

Pieter Janse van Vuren (lock) and Ruhan Straeuli (flanker) will start for the Emirates Lions in their next Vodacom Unite...

The importance of having your Test stars in action in your club jersey was underlined on both sides of the equator in the latest round of the Vodacom United Rugby Championship.

Springbok Sevens coach Neil Powell and captain Siviwe Soyizwapi both praised the character of the team after the Blitzboks rallied to beat Australia 10-7 in tightly fought Emirates Dubai 7s final on Saturday evening.

Francke Horn scored two tries as the Emirates Lions surged to the top of the South African Shield in the Vodacom United Rugby Championship with a superb 37-19 victory over the DHL Stormers in Cape Town on Saturday afternoon.

Vodacom URC schedule confirmed up to Round 17

Scheduling for the Vodacom United Rugby Championship up to Round 17 has been completed with adjustments made to cater for postponed and rescheduled fixtures, organisers announced on Monday.

SA Rugby joins chorus of condolences for “the Arch”

SA Rugby joined the global chorus of tributes being paid on Sunday to Archbishop Emeritus Desmond Tutu, who has passed away at the age of 90.

The second helping at Christmas lunch and celebrating New Year's with loved ones and family are in the past, with the Springbok Sevens squad back at training and focussing on their next assignment - two tournaments in Spain in the 2022 HSBC World Rugby Sevens Series.

Edinburgh surged to the top of the Vodacom United Rugby Championship standings as they walloped Cardiff on Saturday to move past Leinster.

The 2022-edition of the Carling Currie Cup kicks off in a groundbreaking new “window” on Friday night and featuring an exciting new initiative with the introduction of the “Discovering Champions” video series, featuring Springbok head coach Jacques Nienaber and his assistants, Deon Davids and Mzwandile Stick, as the competition lifts off.

Vodacom URC schedule confirmed up to Round 17

Scheduling for the Vodacom United Rugby Championship up to Round 17 has been completed with adjustments made to cater for postponed and rescheduled fixtures, organisers announced on Monday.