Willemse, Kriel and Jantjies to start against Wales

Damian Willemse, Jesse Kriel and Herschel Jantjies will start against Wales in Cardiff on Saturday as Springbok coach Jacques Nienaber made four changes to his matchday squad that defeated the All Blacks for their opening Test of the Castle Lager Outgoing Tour.

Willemse, who has 14 Test caps, will earn his fourth start in the green and gold when he runs out at fullback, while it will be Jantjies’ third Test in the No 9 jersey as he pairs up with Handré Pollard in the halfback combination.

Kriel, who starts at right wing, will earn his 49th cap in the match that kicks off at 17h30 (19h30 SA time) and will be broadcast live on SuperSport.

Willemse comes in for Willie le Roux in a rotational switch, and Jantjies takes over from Faf de Klerk who was ruled out of the squad due to a hip flexor injury. Kriel replaces Sbu Nkosi, who is yet to travel to the UK as he awaits the necessary paperwork.

Jantjies’ promotion to the starting line-up sees Cobus Reinach being drafted onto the replacements bench in the only change among the reserves. 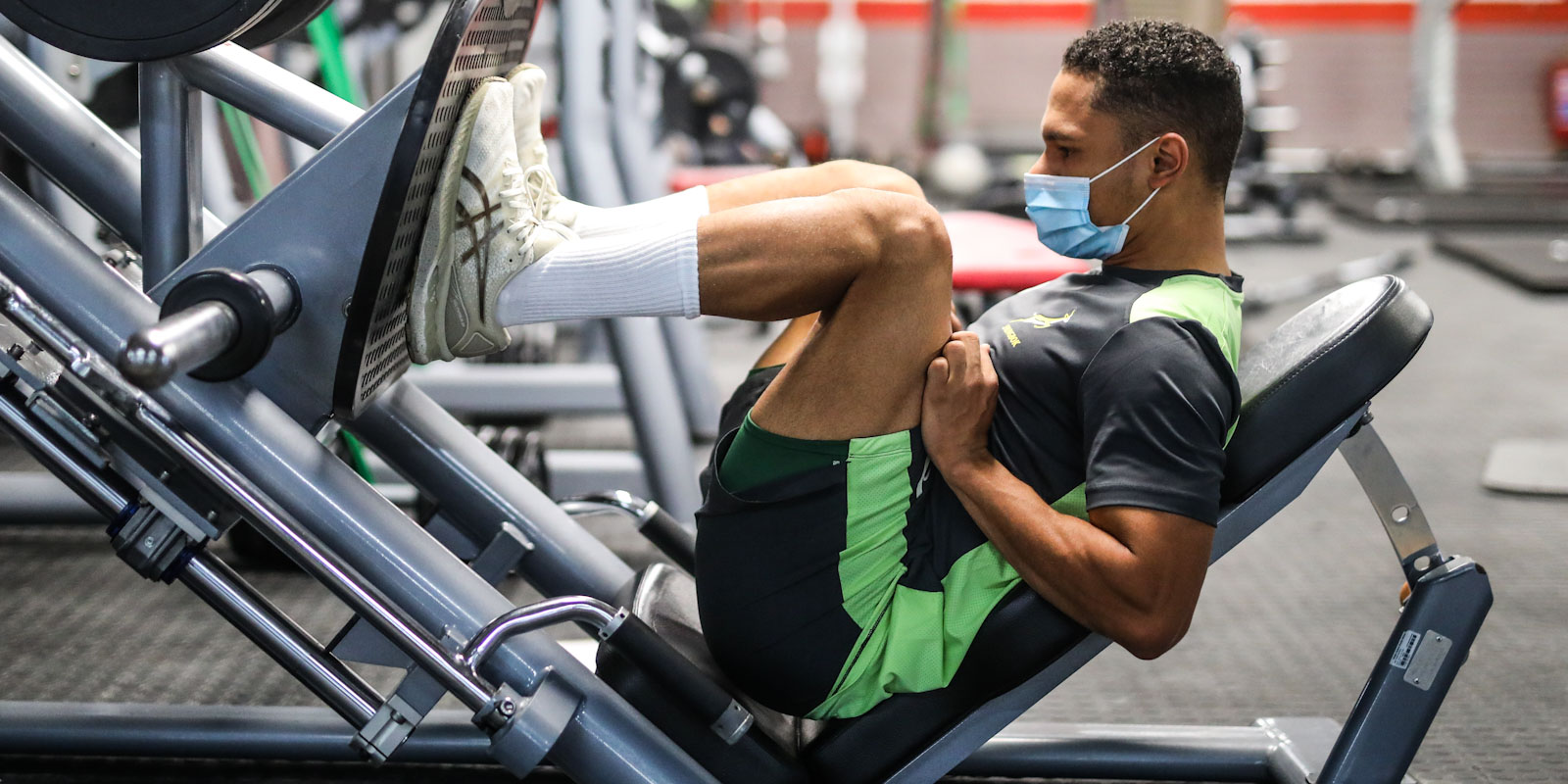 Herschel Jantjies will start at scrumhalf in the injured Faf de Klerk's place.

“We selected this squad with an eye on maintaining consistency in selection from the Castle Lager Rugby Championship, but at the same time giving players who have been knocking on the door for a while now an opportunity to play,” said Nienaber.

“Damian and Herschel have featured off the bench a fair bit and this is a fantastic opportunity to give them a chance to start as we look to build our squad depth with an eye on the 2023 Rugby World Cup.

“Jesse has also been training hard; he is very experienced and he brings the physicality that will be necessary against Wales.

“We know what we have in Willie and Faf, and it is important to give Damian and Herschel game time to develop and measure themselves in starting roles.

“Wales are a quality outfit, and this will present an exciting opportunity for all of these players to make their mark in what is a very important Test to set the tone for this tour, and also in the lead-up to the Rugby World Cup.”

Nienaber expected Wales to pose a big threat, especially as the Six Nations champions will be playing with a near full-strength squad and given the fact that the Boks have not won in Cardiff since 2013. Jesse Kriel in action against Georgia in July.

“Wales are a tough side to beat and our track record over here in the last few years is evidence of that,” said Nienaber.

“We also edged them in the Rugby World Cup semi-final, so we know that this is going to be a hard grind of a Test.

“They may have lost against the All Blacks last week (54-16) but this result was in the absence of a number of key players, so this week will be a completely different proposition.

“They have a formidable pack of forwards and some equally experienced and high-calibre backline players, several of whom played for the British & Irish Lions, and to add to this they will play in cool and possibly wet conditions that they are well suited to, so we know what we are in for.

“That said, we had a good training camp in France last week and some of the overseas-based players were in action for their clubs, so the player are back in the swing of things focused and excited to get back on the field.” 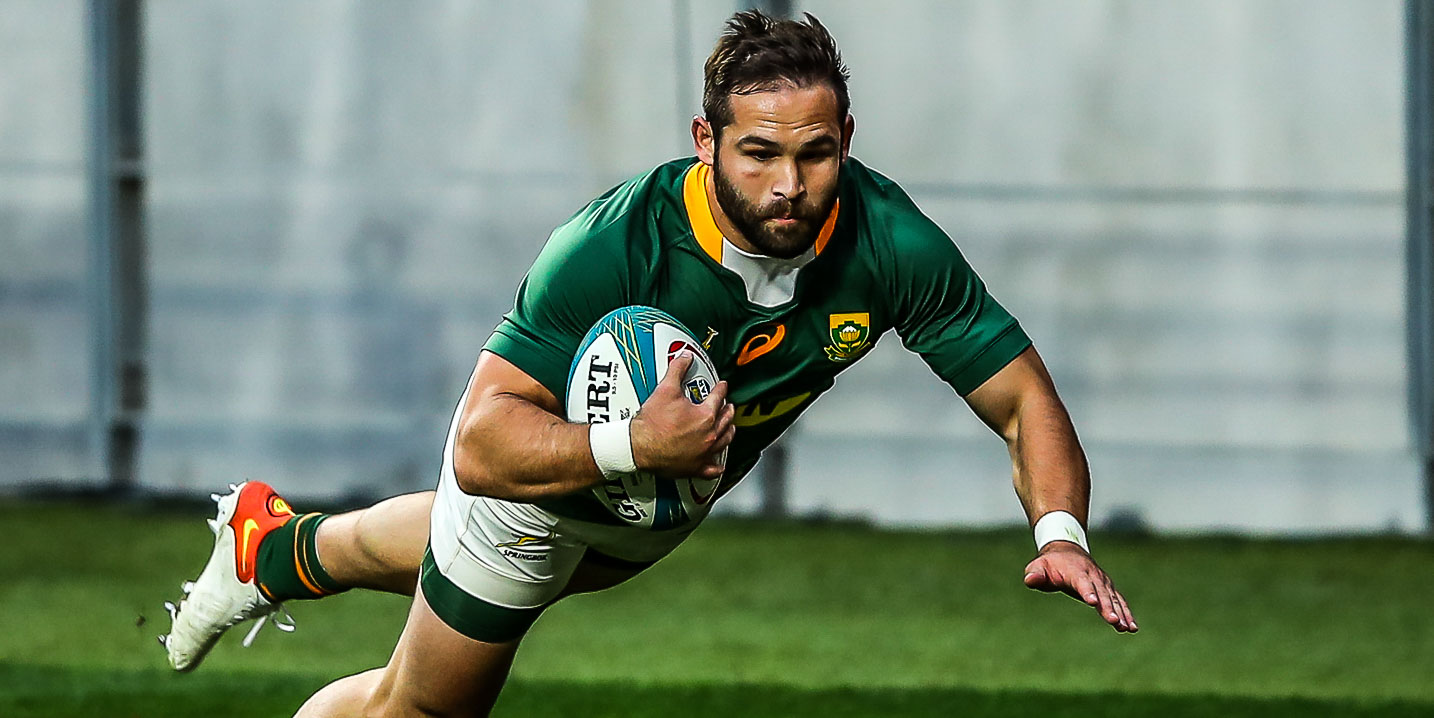 Cobus Reinach has been promoted to the bench.

The Springboks will travel to Edinburgh to face Scotland and then London where they will line up against England following this weekend’s match.

Paul Williams (New Zealand) has been appointed the match referee and he will be assisted by Andrew Brace (Ireland) and James Doleman (New Zealand), while Olly Hodges (Ireland) will serve as the television match official.

The Springboks are bracing themselves for a physical battle against a determined Wales outfit when the teams cross paths in Cardiff on Saturday in the opening match of the Castle Lager Outgoing Tour at the Principality Stadium.

The Lions were crowned the new champions of the SA Rugby Under-20 Cup when they beat DHL Western Province by 36-25 in a nail-biting final in Johannesburg on Saturday, to finish the season as the only unbeaten team in the competition.

Mr Mark Alexander, President of SA Rugby, paid tribute to former Springbok No 8 Albie Bates, who passed away from natural causes last week at the age of 80.

Boks will approach UK Tour one match at a time

Springbok prop Steven Kitshoff says the team will enter the three-match Castle Lager Outgoing Tour with a realistic approach of taking each Test in their stride rather than targeting a clean sweep of wins for the first time since 2013 when they return to the field next weekend.

The Springbok Women squad departs South Africa on Sunday evening with great excitement and optimism, but also with a real sense of reality on what awaits them in France, Wales and England over next four weeks.

It is not often the words "expected" and "French rugby" are used in the same sentence, but that is how Springbok Women's backline coach Lungisa Kama sees Saturday's Test in Vannes playing out.

Kriel thrilled to be back in Green and Gold

Jesse Kriel is itching to take the field against Wales in the Springboks' opening Castle Lager Outgoing Tour match in Cardiff on Saturday, the experienced utility back describing the prospect of starting on the right wing as exciting.

The Springboks are bracing themselves for a physical battle against a determined Wales outfit when the teams cross paths in Cardiff on Saturday in the opening match of the Castle Lager Outgoing Tour at the Principality Stadium.