The fourth round of the Women’s Premier Division belonged to the Blue Bulls Women as they shot up from sixth to third on the log after an impressive victory over the EP Queens in Port Elizabeth, while DHL Western Province and the Border Ladies remained unbeaten as they cemented their positions at the top of the standings.

Ayanda Malinga, who has represented the Springbok Women and Imbokodo teams, scored three tries in the Blue Bulls’ dismantling of the Queens, with Libbie Janse van Rensburg continuing with her good early-season form by adding two tries and four conversions.

In East London, the Border Ladies had to work hard for their 35-14 win over the Boland Dames, with the home team scoring six tries to two as their steady attack proved too much to handle for the visitors from Wellington. The bonus point win meant the team from the Eastern Cape moved to the top of the log.

And in the first game of the day, log-leaders DHL Western Province were made to work very hard for a 10-0 victory over the Cell C Sharks in Durban, where Alichia Arries scored two tries for the second time this season.

Next weekend's main fixture is a top-of-the-table clash between DHL WP and the Border Ladies in Cape Town, the Boland Dames are at home to the EP Queens, while the Blue Bulls Women will look for their second win when they host the Cell C Sharks Women in Pretoria.

DHL Western Province wing Alichia Arries scored two tries as her team beat the Cell C Sharks Women by 10-0 in a Women's Premier Division clash in Durban that will be remembered for ruthless defence from both sides.

Arries, a member of the SA Rugby U18 Girls High Performance squad in 2019, scored her first try late in the first half after some great interplay from a kick by the home team that didn't find touch, to hand the Capetonians a 5-0 lead at the break.

Both sides pressed hard on attack, but failed to capitalise, mainly due to stern defence. Neither team shied away from pushing with ball in hand, but the big hits kept on coming.

Arries bagged her brace – her second of the season – halfway through the second half to push DHL WP's lead up to 10-0, which is how it stayed until the end. It came from a quick-tap penalty and a few passes to the left, where the speedster went over untouched.

The Cell C Sharks never gave up though and strung together more attacking phases late in the game, but they failed to breach the visitors' defence.

Voice Ndou, a former Imbokodo player, had a shot at goal late in the game from right in front, but pushed it to the right, which ultimatel denied her team a bonus point. 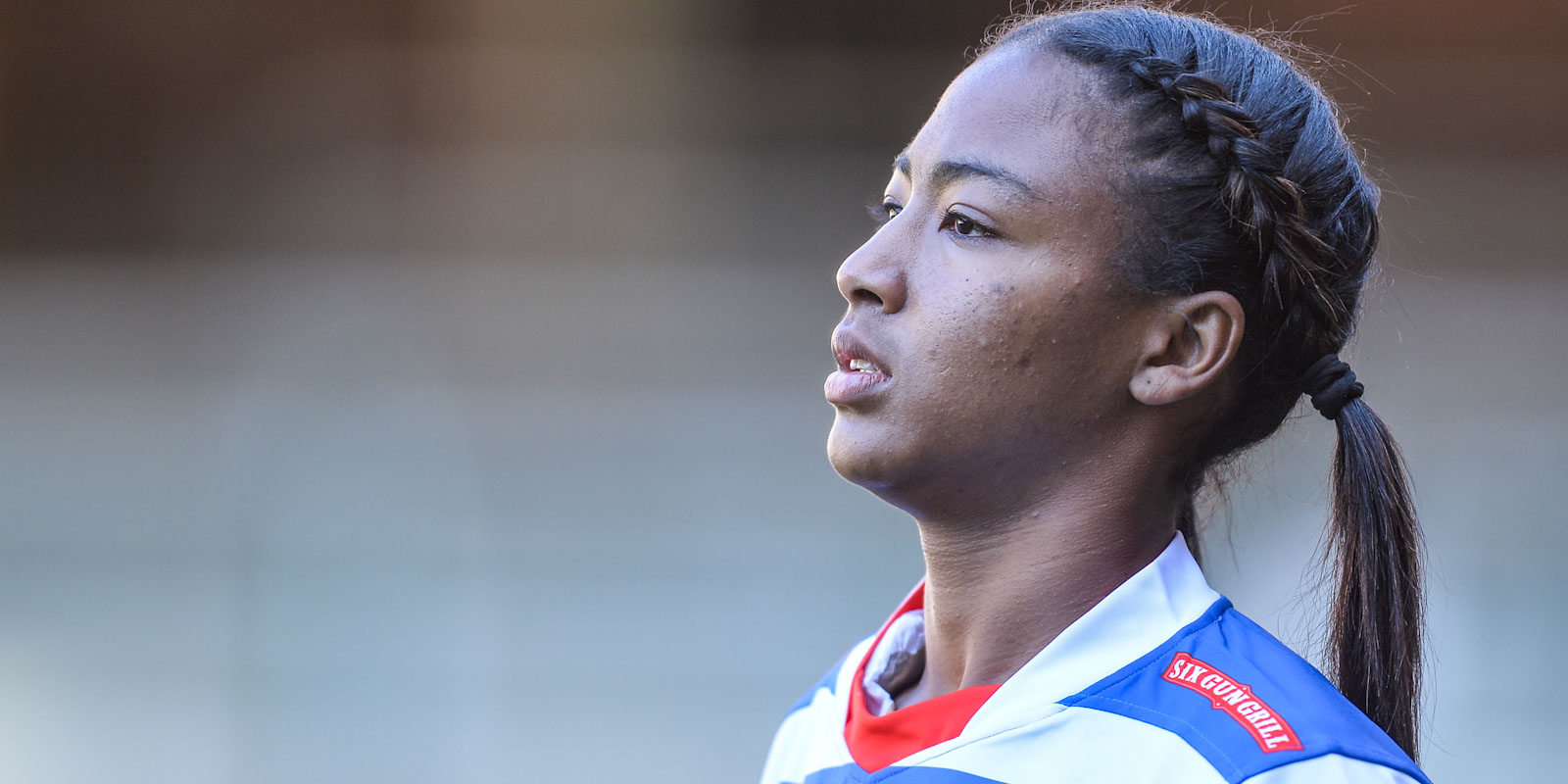 Border Ladies too strong for Bolanders

The Border Ladies continued their strong start to the Women's Premier Division with a hard-earned 35-14 victory over a game Boland Dames side on a sunny Saturday afternoon in East London.

The home side dominated proceedings and although it was a bit of a stop-start affair, they still did enough to leave Police Park with five log points and cement their second spot on the log.

Border scored three first-half tries to lead 20-0 at the break. Owethu Nayiphi (hooker) got two, in the 22nd minute and again in added time, while Siphokuhle Arm (right wing) went over in the 28th minute.

Such was their dominance that Nayiphi's second try came with two of her team-mates in the sin bin, while the home team also had another yellow card in the first half.

It was a different Boland Dames team that emerged after the break though, with a converted try by Jolene Owies (lock) and a penalty try for a dominant scrum under the Border uprights, shrinking the home team's lead to 20-14 with 30 minutes to go.

Lusanda Dumke was having none of this Boland revival though and moments after the seven-pointer against her team, the ever-present Border flanker and captain crashed over for their fourth try.

Border flyhalf Teddy Nobanda, who didn’t have a good afternoon with the boot, added her name to the try-scorers list with just over 10 minutes remaining to put the home team firmly back in command.

Ultimately, Boland tried hard, with Springbok Women's No 8 Aseza Hele again underlining her class, but they lost patience on attack at times, and their defence let them down at crucial stages of the match.

The Blue Bulls scored their first win in the 2021 Women’s Premier Division on Saturday, with their bonus point 43-17 win over the EP Queens moving them from sixth to third on the log.

The Pretoria side was full value at the Nelson Mandela Bay Stadium in Port Elizabeth, adding two second half tries to five scored in the first half, three of those by speedster Ayanda Malinga.

Malinga combined beautifully with Blue Bulls flyhalf Libbie Janse van Rensburg, who showed off her credentials with a brace of tries and four conversions for an 18-point haul.

The first half blitz, which all but had the visitors over the line at 29-0 after 40 minutes, proved too much for the home side, who enjoyed a much better second half, when they eliminated a number of handling errors and more maturity on attack.

The opening points came courtesy of some individual brilliance from Janse van Rensburg, who ripped the ball out of a ruck and outsprinted the EP defence to score after five minutes.

Although the home side started getting their attacking play in shape, it was the Blue Bulls that struck again, with Janse van Rensburg adding her second after good interplay between the forwards and backs and with Malinga prominent.

Janse van Rensburg and Malinga combined again as the Blue Bulls speedster got her first try, a brilliant effort from a superb cross-kick by the pivot, where the Springbok Women’s wing timed her run perfectly to grab the ball and race away for the try.

Malinga’s second try was just as good, with Janse van Rensburg and her fullback Zintle Nonkosana combining to cut open the Queens’ defence before the left wing was put into space.

The Blue Bulls’ fifth try – Malinga's third – started with a counter-attack under their own uprights after EP flyhalf Zenay Jordaan’s penalty attempt hit the post, but when the ball landed in the Imbokodo wing’s hands, she showed her sevens credentials by beating five defenders on a 95 meter run to the tryline.

The second half started in much the same vein as the first ended, with a clearance attempt from EP’s Sibabalwe Klaas landed in the hands of a charging Diana Massamba, and the Blue Bulls’ loosehead prop made no mistakes as she barged her way over the tryline. Janse van Rensburg converted for a 36-0 lead.

The Queens were their own worst enemies, with too many errors when in possession, but when they finally got it right, the scored their first try in the 53rd minute by replacement-hooker Amahle Nyoba.

But the Blue Bulls hit back soon thereafter when the Queens lost the ball from a lineout near their own tryline and Blue Bulls lock Anathi Qolo picked it up to barge over from close range.

The EP Queens refused to give up though and scored two late tries, by Raylene Noubos (replacement scrumhalf) from a quick tap penalty, and Springbok Women’s flyhalf Zenay Jordaan, who rounded off a fine individual effort as she outfoxed a number of defenders from a counter-attack just before the final buzzer.