The Vodacom Bulls claimed a bonus point from four second half tries as they scored 31 unanswered points after the break to underline their dominance in South African rugby.

Morne Steyn (flyhalf) kicked seven out of seven kicks at goal from five penalty goals and two conversions for a personal haul of 19 points as the Cell C Sharks were made to pay for every indiscretion. Three of the Vodacom Bulls’ power-packed replacements in Lizo Gqoboka, Schalk Erasmus and Chris Smith, scored tries as well as one for Stravino Jacobs as the home team found a gear with which the Durbanites could not live.

The sky-blue pragmatism of the home team – limiting risk and taking three points whenever the opportunity presented – had seen them eke out a three-point lead at the interval.

Steyn’s four from four edged Curwin Bosch’s three from three in a cagey half in which the Cell C Sharks showed more willingness to trust ball in hand although neither side created a clear-cut chance.

The best and only opportunity in the “red zone” came in the 14th minute with the Cell C Sharks driving from close range before Bosch’s chip into the in-goal ran dead on a penalty advantage. The reversion to type came with Bosch slotting from close in. 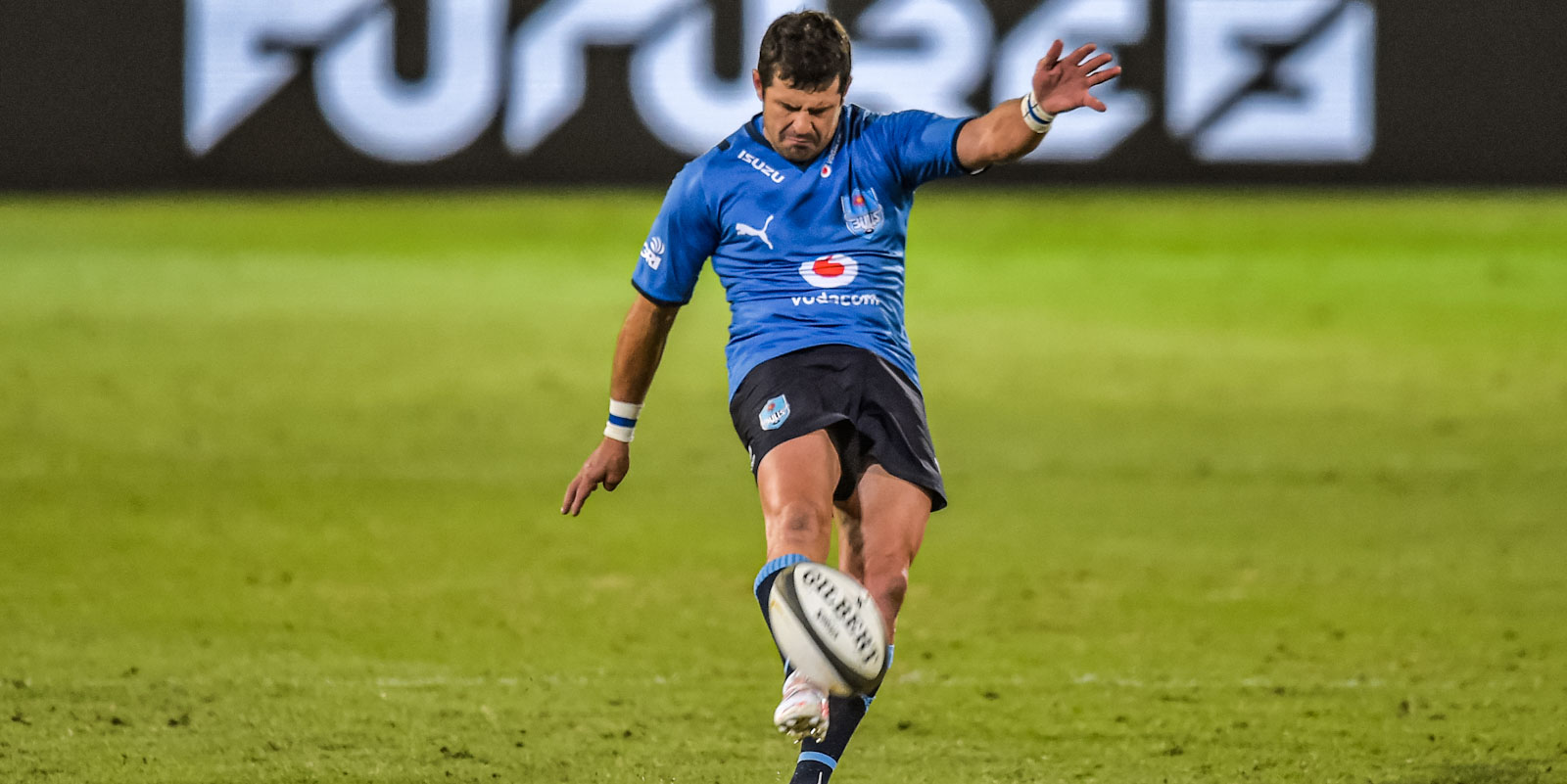 Morne Steyn kicked 19 points in a dominant display by the Vodacom Bulls.

Steyn’s penalty goals came in the fifth, 18th, 29th and 33rd minutes – two of them from defensive line offsides in midfield – and all of them from 30 metres or more and all slotted with metronomic predictability.

The tactics changed at the start of the second half when the Vodacom Bulls twice kicked to the corner in the first 10 minutes. Their first attempt was thwarted but from the second a period of extended pressure bare metres from the line was concluded when Gqoboka, their Springbok replacement loosehead prop, smartly picked up at the back of a ruck and dived over. Steyn, inevitably, converted.

Suddenly, the Cell C Sharks faced a 10-point deficit (19-9), and their problems mounted just over the hour when Steyn unerringly steered over a 40-metre from wide out on the left after the Vodacom Bulls drew a penalty from a driven lineout. He finally missed from a drop goal attempt five minutes later as the Bulls looked to turn their increasing fluency and dominance into points.

They didn’t have to wait much longer to do it, however. Ambition and confidence was flowing strongly into the Bulls’ play and it was rewarded when Jacobs (left wing) jogged in from the 22-metre line after the ball had swung across the width of the field twice with replacement Elrigh Louw’s line break on the right creating the space on the left for the try scorer. Guess who converted from the left touchline...

Their third try came from a 20-metre rolling maul – a thing of beauty in its construction and locomotion – as it jogged over for Erasmus (replacement hooker) to touch down. Replacement flyhalf Chris Smith converted and then added a try for himself – which he also converted – to claim a highly impressive win and bonus point.