Cell C Sharks coach Sean Everitt has made four changes to the Durbanites’ tight five for their Carling Currie Cup clash with the Xerox Lions in Johannesburg on Saturday evening.

Ox Nche is the only member of the tight five who retains his place in the team this weekend for the encounter at Emirates Airline Park, where kick-off is at 19h00, with all the action broadcast live on SuperSport.

After their victory over the table-topping Vodacom Bulls last weekend, the Cell C Sharks will be keen to maintain their momentum against the Xerox Lions, but it won’t be easy as the Gautengers have been hitting their straps in the last few weeks.

Nche will pack down next to Kerron van Vuuren, who is back at hooker, with Michael Kumbirai anchoring the scrum on the tighthead side after Thomas du Toit was ruled out due to a rib injury.

Behind them, JJ van der Mescht and Aston Fortuin form a new second row partnership, with Fortuin, a big unit who has played for the Vodacom Bulls and Southern Kings, making his Carling Currie Cup debut for the Cell C Sharks. 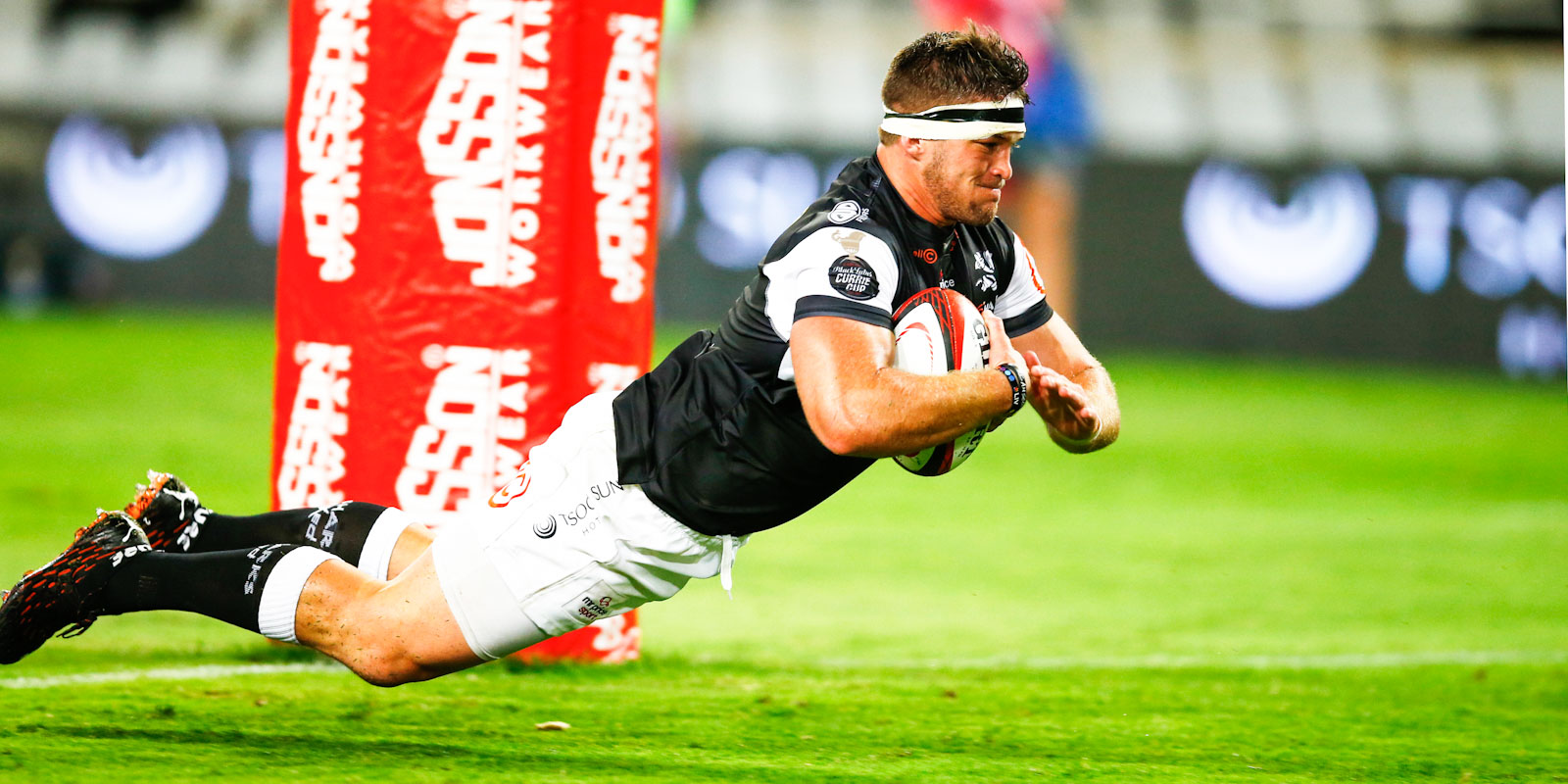 Returning to the side and playing off the bench are front row replacements Fez Mbatha (hooker) and John Hubert-Meyer (prop), while James Venter (loose forward) is another welcome returnee after missing recent action.

Kumbirai, who played for DHL Western Province earlier in his career before moving to Durban at the end of last season, warned his team-mates to expect a proper challenge on the Highveld.

“The Lions match this weekend is going to be tough – we expect them to be hungry and I think it’s going to be a really good game,” said Kumbirai.

“The Lions will definitely be up for it, they’ll be coming with a lot of tempo so we know we’re going to have to go up to Joburg and work really hard.

“The Lions have a really good scrum, their set-piece has been a strength of theirs and that’s going to be a great battle on Saturday.

“We do take a lot of confidence out of the Bulls game, but this is a new week and we have to wear different hats to ensure that we are 100% focussed for this game.”

Phakisa Pumas coach Jimmy Stonehouse has tweaked his team with a number of changes for their fourth round Carling Currie Cup match against the Toyota Cheetahs in Nelspruit on Friday night.

In less than 1000 days – 996 to be exact – the Rugby World Cup 2023 will kick off in France and for the top 12 ranked teams in the world, things got real on Monday when the pool draw took place in Paris, with head coaches and captains joining in virtually from across the globe.

DHL Express, an international leader in the logistics industry, has joined the family of official global partners for the Castle Lager Lions Series 2021, it was announced on Monday.

The Springboks will start the defence of the Webb Ellis Cup in Pool B against Ireland and Scotland when the next Rugby World Cup kicks off in France in 2023.