The Springboks will begin their preparations for the Castle Lager Outgoing Tour to the Northern Hemisphere on Sunday with a three-day training camp in Stellenbosch, where 26 players are set to assemble.

The group includes 17 South African-based players and nine who are currently plying their trade in Japan. All 26 players formed part of Springbok coach Jacques Nienaber’s squads that participated in the Castle Lager Incoming Series against Wales and the Castle Lager Rugby Championship.

They will be in the camp until Wednesday, 26 October, with a few of the players set to return to their teams for Vodacom United Rugby Championship duty a few days later.

Canan Moodie, who is nursing a hamstring injury, is among those invited to the camp to allow the Springbok medical team to assess the extent of his injury, especially with the Nienaber and Mzwandile Stick, who will coach the SA ‘A’ team, under the guidance of SA Rugby’s Director of Rugby Rassie Erasmus, set to announce a group of 54 players for the tour.

The Springboks will play four Tests on consecutive Saturdays next month – against Ireland in Dublin on 5 November, France in Marseille on 12 November, Italy in Genoa on 19 November and England in London on 26 November on the Castle Lager Outgoing Tour.

The SA ‘A’ team, coached by Stick, will play two mid-week matches – against Munster on Thursday, 10 November, and the Bristol Bears a week later on 17 November.

The Springbok and SA ‘A’ touring squads will be named on Friday, 28 October, with the Bok squad set to gather in Dublin on Sunday, 30 October.

A further 20 SA ‘A’ players are set to depart for Ireland a week laterm on Saturday, 5 November, to begin their preparations for the clash against Munster in Cork, where they will be joined by a few players from the initial 34-man touring squad for the two SA ‘A’ matches.

Nienaber was excited about the camp and said it would serve the dual purpose of giving the players some valuable training time after a few weeks of individualised training programmes, while simultaneously getting the players back into the Springbok structures and systems with a tough tour ahead, featuring the top two teams in the world in Ireland and France. 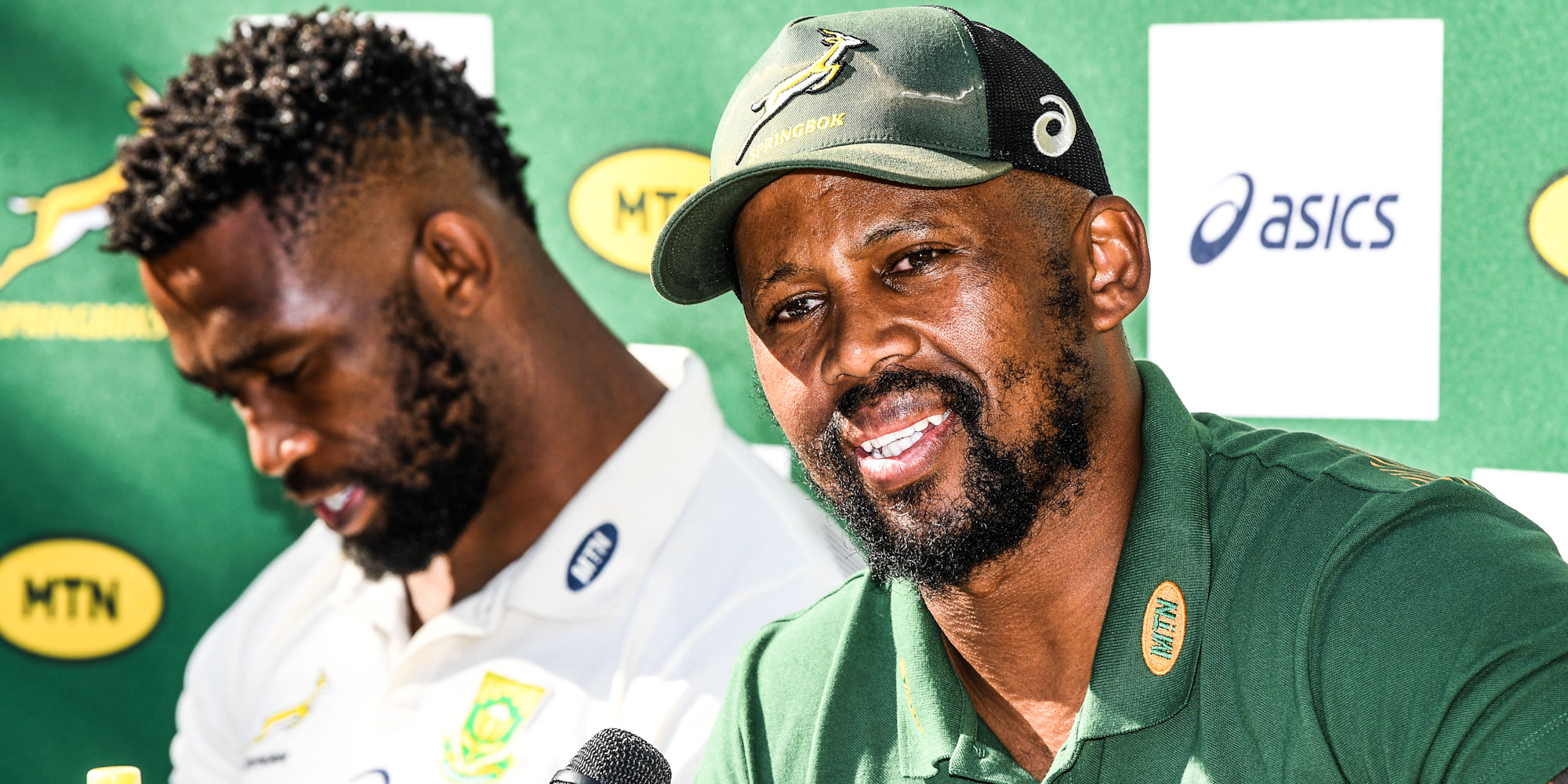 Mzwandile Stick will be in charge of SA 'A' games against Munster and Bristol Bears.

“We are departing for the year-end tour next week Saturday, so it is vital that we get the players back into our structures and our usual training programme so that they are raring to go by the time we depart for Ireland,” said Nienaber.

“There are some players who didn’t get much game time in the Castle Lager Rugby Championship and who will benefit immensely from the additional game time next week in the Vodacom United Rugby Championship, while it is important for the Japanese-based players to get back to national training.

“It may be a short camp, but we have clear objectives, and we know what boxes we need to tick as we look forward to what is going to be a challenging year-end tour.

“We are facing the No 1 and No 2 teams in the world in Ireland and France, and then we line up against Italy and England, both of whom will test us to the limit, so the sooner we get into the swing of things, the better.”

Nienaber revealed that the Japanese-based players have been granted permission to participate in the closing Test of the tour against England, which falls outside of the international Test window, and he expressed his gratitude to the clubs for assisting the Springboks’ cause less than a year out from the Rugby World Cup in France.

“I would like to extend a sincere thank you to the Japanese clubs for their co-operation in granting us permission to select the national players plying their trade in Japan for the England Test,” said Nienaber.

“We said from the start of the season that we need to use every opportunity to build momentum and squad depth with an eye on the World Cup next year, and that match plays a vital role in this process as England will enter the international spectacle as one of the top teams to watch.”

The England and France-based players in the touring squad will be released to their respective clubs following the Italy Test.

It is great to know that she became the first Springbok Women's player to achieve 100 Test points, but Libbie Janse van Rensburg would rather be rated by her contribution to the squad and the growth of the team over time because of it.

It wouldn’t be accurate to suggest rugby orientated Irish people aren’t already upbeat, for their national team did score an historic series win in New Zealand recently, but the early rounds of the Vodacom United Rugby Championship have certainly given them additional reasons to smile.

The Vodacom Bulls will host Gauteng neighbours the Lions in Pretoria on Friday afternoon in this year's SA Rugby Under-21 Cup Final after both sides won their semi-finals played over the weekend, while the Griffons were crowned the SA Rugby U21 Shield champions after beating the Valke in Saturday’s final in Welkom.

It was heartbreak for the Springbok Women as they went down 21-17 (half-time 14-7) in their second pool clash at the Rugby World Cup in New Zealand, with a try at the death clinching the victory for Fiji after 80 minutes of tense rugby.

Bok Women still in the RWC fight despite Fiji result

The Springbok Women have one more opportunity to get their first Rugby World Cup victory in New Zealand and despite the fact that they will face the top-ranked team in the world, England, the South Africans have not given up the fight for a quarter-final spot in the tournament.

The opportunity to play the top ranked team in the world is massive, the chance to upset the proverbial apple cart is another. In short, their match against England at the Rugby World Cup in New Zealand is all about the Springbok Women’s desire to make a statement of their intent and continuous growth of the journey to become a top tier team at the next tournament.

SA Rugby Director of Rugby Rassie Erasmus and SA ‘A’ head coach Mzwandile Stick expressed excitement about the squad they plan to announce next week for their matches against Munster and the Bristol Bears and said the tour would bode well for the national structures and players with an eye on next year’s Rugby World Cup.

Stepping up a gear with November break looming

The South African franchises will target a strong round in the Vodacom United Rugby Championship this weekend as they look to maintain their favourable positions on the standings with only two rounds remaining – one of which is a weekend of local derbies – before the action takes a back-seat to the November Internationals.

Bulls shuffle side for Benetton clash in Treviso

Vodacom Bulls Director of Rugby Jake White has made a number of changes to his side for the final match of their Vodacom United Rugby Championship tour, against Benetton in Treviso on Friday evening.

It is great to know that she became the first Springbok Women's player to achieve 100 Test points, but Libbie Janse van Rensburg would rather be rated by her contribution to the squad and the growth of the team over time because of it.

The opportunity to play the top ranked team in the world is massive, the chance to upset the proverbial apple cart is another. In short, their match against England at the Rugby World Cup in New Zealand is all about the Springbok Women’s desire to make a statement of their intent and continuous growth of the journey to become a top tier team at the next tournament.