The three rotational switches made by Nienaber see bruising No 8 Duane Vermeulen return to the Springbok squad after recovering from surgery to his knee, where he takes over from Jasper Wiese, while Bongi Mbonambi slots back in at hooker after Malcolm Marx earned a start last week to celebrate his 50th Test cap, and Ox Nche takes over from Trevor Nyakane at loosehead prop.

The two changes in the backline see Jaden Hendrikse coming in at scrumhalf for Faf de Klerk, who has been placed on a return to play protocol after suffering concussion in the team’s 26-10 victory against New Zealand last week, while Jesse Kriel will start on the right wing in place of Kurt-Lee Arendse, who also suffered concussion and has been released from the squad after being handed a four-week suspension for a dangerous tackle in the match.

While Mbonambi and Marx switch roles between the starting team and replacements bench, Vermeulen’s inclusion sees Wiese take the role of an impact player in place of lock Salmaan Moerat, while Herschel Jantjies fills the void left by Hendrikse’s promotion to the starting team. 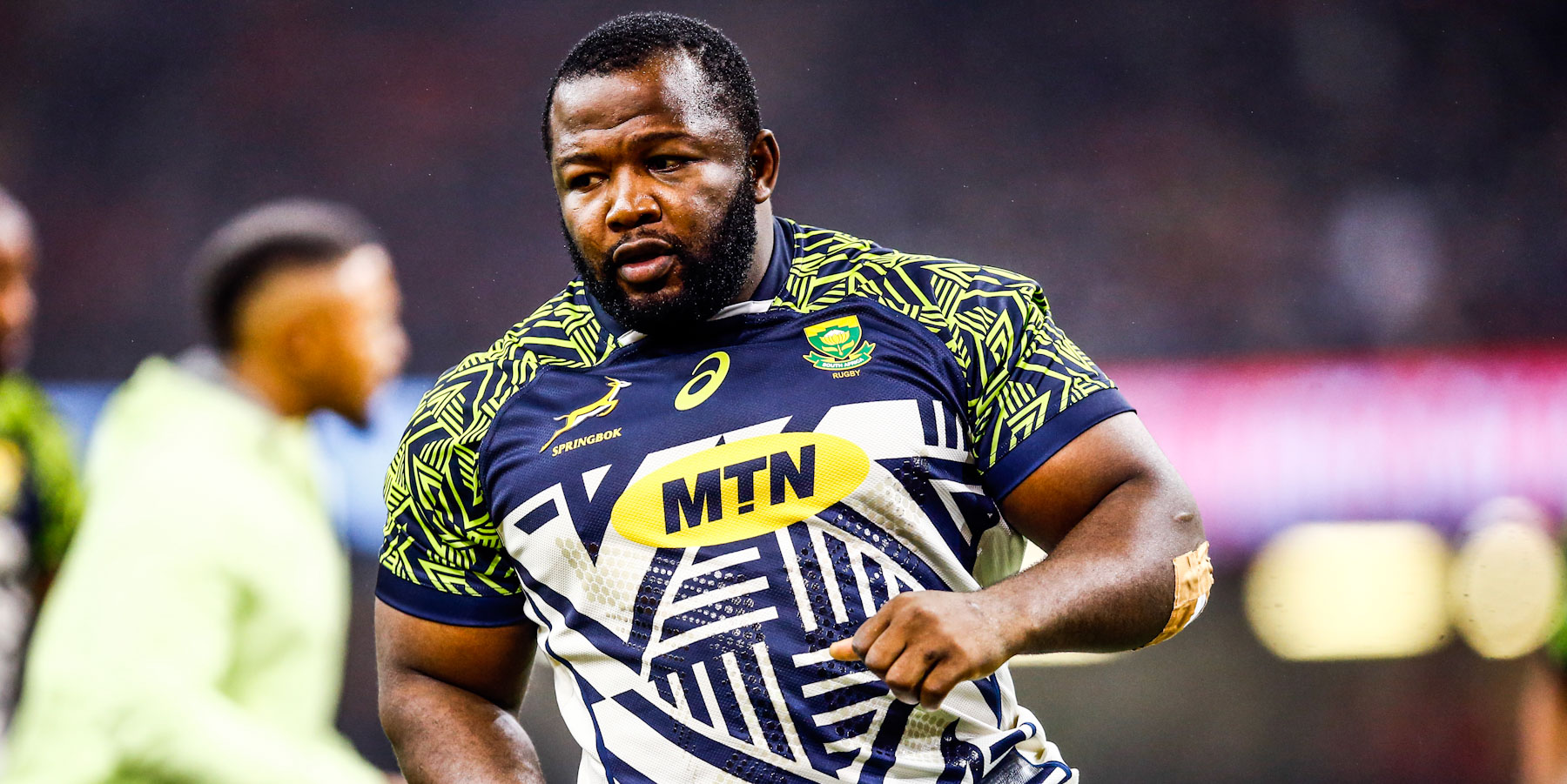 Ox Nche will start at loosehead prop this weekend.

“We made a few changes to the team, but Duane, Jesse and Herschel are all experienced players who know our systems well and have been stalwarts for the Boks,” said Nienaber.

“Ox has also shown his ability to make his presence felt in the front row, so he is back in the mix.”

Nienaber said they were mindful of the fact that Vermeulen is returning from injury, but he said this prompted him to tweak his forward cover on the bench.

“Duane has a massive presence on the field and there is no bigger game for him to make his comeback from injury than facing the All Blacks,” said Nienaber.

“He is an enforcer on attack and defence and we know he will give everything against a physical All Blacks team that are desperate to bounce back strongly from a challenging run of results.

“Jasper is also a warrior, and we know that he will have an equally strong presence when he takes the field.

Duane Vermeulen will play in his first Test of the year on Saturday.

“Jesse has played over 50 Tests, and he has been waiting in the wings for his chance. He’s played wing for us before, so we know what he can bring to the game, and we are also excited to welcome back Herschel, who has played an immense role to help prepare the playing squad for the last two Tests.”

Nienaber lauded Malherbe for his achievement of reaching a half century of caps and said: “We are very proud of Frans, and it is up to the team to make it a memorable occasion for him by giving their all to register a victory.

“Frans’ work ethic is fantastic and although he is quiet off the field, he certainly makes his presence felt on the field.”

Nienaber expected a massive onslaught from New Zealand on Saturday despite the All Blacks suffering their second biggest defeat yet against the Springboks last week (16 points – one less than their biggest ever defeat of 17 points).

“New Zealand are similar to the Springboks in the sense that they do not give up,” said Nienaber.

“They fought until the end against us at the Mbombela Stadium last week and we expect nothing less from them on Saturday. 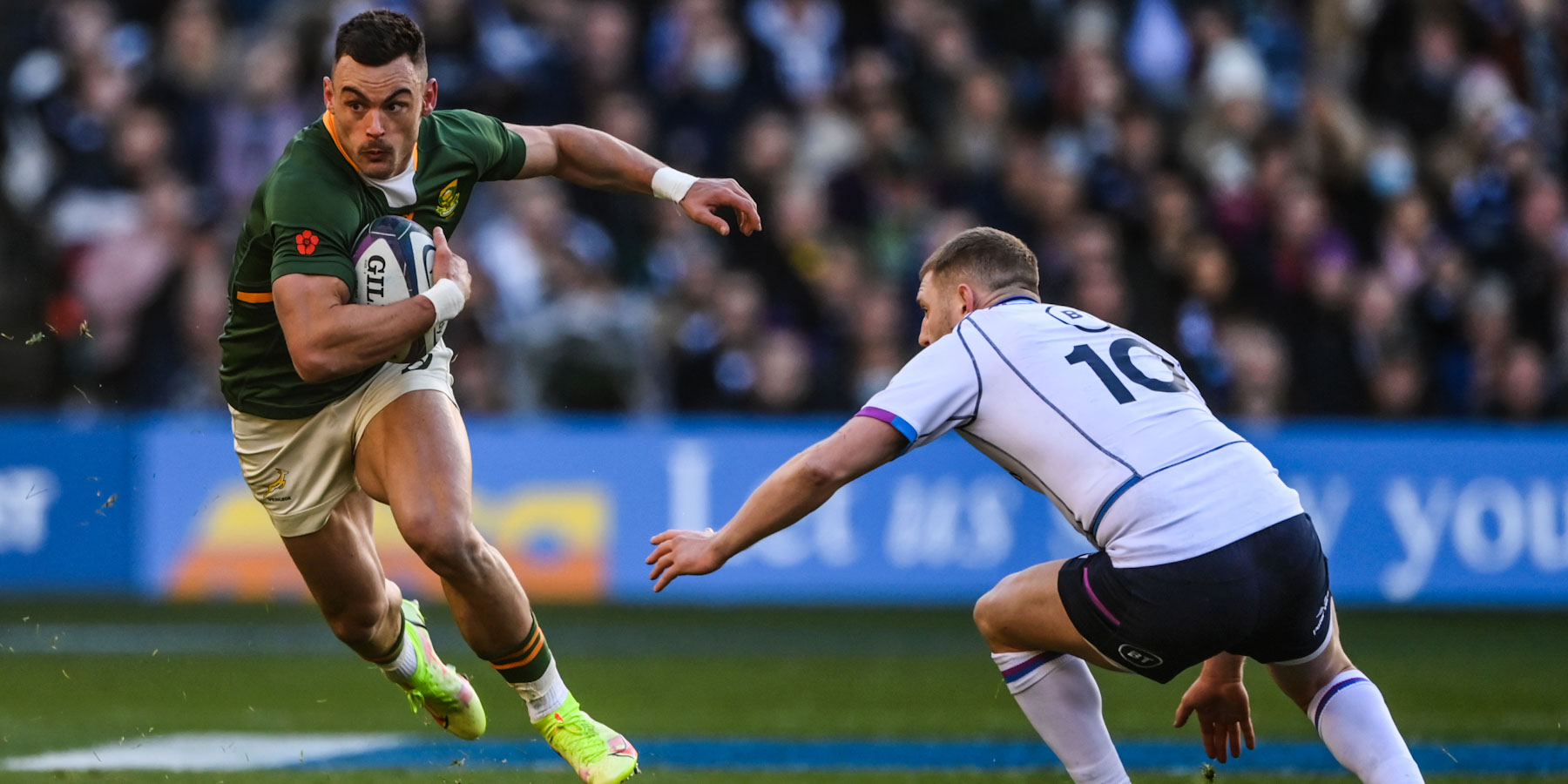 Jesse Kriel will take over at right wing from Kurt-Lee Arendse.

“They have quality players within their ranks and given the rich history between the sides in Johannesburg and their desperation to turn things around after a few disappointing results, we know we are in for a massive challenge this weekend.

“Our focus, however, is on improving our game and ensuring that we build on our form from last week. We had an honest assessment of our performance last week, and while there were several positives, there are areas that we need to make a step-up in, and it will be vital to get that right before we travel to Australia and Argentina for the away leg of the tournament, so this is a vital match for us.”

Bok Women’s preparations for Spain off to a good start

The Springbok Women started their Test week with a good session in Potchefstroom and will be ready to go on Saturday when they take on Spain at Emirates Airline Park in Johannesburg in the first of two Tests.

Talented former Junior Springbok utility back Canan Moodie has been called up to the Springbok squad as cover at wing and will join the group in Johannesburg on Monday evening.

Three teams unbeaten at U20 YTC tournament in CT

The Blue Bulls, Western Province and Limpopo finished the Under-20 Youth Training Centre (YTC) tournament in Cape Town unbeaten after winning both their matches at City Park on Saturday and Sunday.

Tose, Jacobs and Mkhari to start for Springbok Women

Catha Jacobs will start at lock and Rights Mkhari at flanker when the Springbok Women take on Spain at Emirates Airline Park in Johannesburg on Saturday, while coach Stanley Raubenheimer also decided to hand Unam Tose a first start in the green and gold, at scrumhalf.