Both players expected a fierce onslaught from the never-say-die Welsh outfit, and said it was a matter of sticking to their structures and giving their all on the day, and hopefully the result will take care of itself.

With a lot of competition in the loose trio with the likes of the uncapped Elrigh Louw, the hard-working Deon Fourie, Vodacom United Rugby Championship Player of the Season Evan Roos, utility forward Kwagga Smith, and the injured Duane Vermeulen also in the running in the coming months, Wiese said no player could rest on their laurels.

“With the quality players that are here there is big competition for places and a lot of it too, so I just want to do my best for the team and hopefully the results take care of themselves,” said Wiese.

“I watched the Vodacom United Rugby Championship and Evan and Elrigh were really excellent.

“The competition for the places among the loose forwards is so high, if you don’t perform someone could easily take your spot. Kwagga has been doing well in Japan as well, so one has to keep on working hard to stay here.”

Asked what he expected from the Welsh loose forwards, as they prepare to announce their team after midday on Thursday, Wiese said: “Tommy Reffell is a great player. I play with him at the Leicester Tigers. He brings physicality in the tackle and at the breakdowns as well.

“Taulupe Faletau is also an excellent player, who has loads of experience and who has been in the Wales set up for a while, so we have to be well prepared for their loose forwards and anything that they bring.” 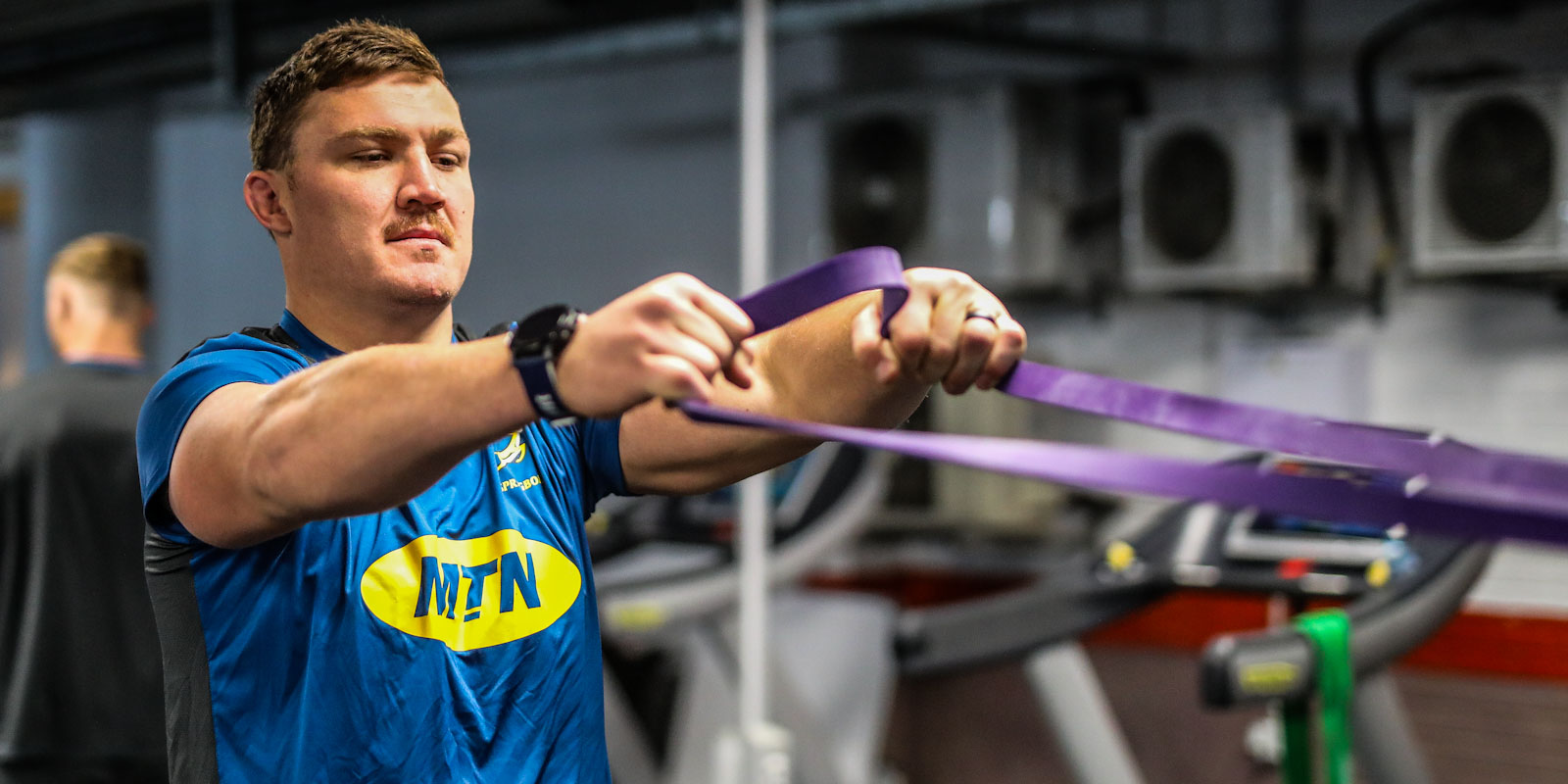 After being named as the Man of the Match in the Premiership Rugby final two weekends ago, Wiese said while it was a special award, he hoped he could build on that form in the green and gold.

“Hopefully I can take that form going into the season and having over 50 000 people cheering for us helps as well,” said Wiese.

"So as a team we would really like to take the opportunity this weekend and each do what we can do for the team.”

Mbonambi was equally excited to reunite with his team-mates in the green and gold in front of a capacity crowd at "Fortress Loftus" and said the pack and his fellow front-rowers were ready to give everything they could to put the team on the front foot.

“It has been a while since we have played together and the guys have been training hard and doing their best for their franchises and clubs in the last few months,” said Mbonambi.

“The coaches have derived a proper plan on what they would like us to do in the match, so as players we just have to focus on our processes and systems and take things day by day.”

“We have a great starting pack and an equally great one on the bench and every player ensures that they put in the effort, so we will go out there and give it our best.”

Springboks wary of “dangerous” All Blacks...

Springbok assistant coach Mzwandile Stick and Siya Kolisi, captain of the national team, said it would take nothing but ...

Junior Boks make it two from two in Italy

The Junior Springboks took control of their pool at the U20 Six Nations Summer Series in Italy when they won their second game on the trot in Verona on Wednesday evening, beating Ireland by 33-24 in hot and humid conditions.

Springbok utility back Damian Willemse described starting his first Test at home in South Africa as “special” and said it was something he has dreamed of since he was a child, after being named at fullback for the team’s opening Castle Lager Incoming Series Test against Wales at Loftus Versfeld on Saturday.

Five teams undefeated in Welkom; Sharks and Free State to battle it out in Kimberley

Five teams – the Mastercard Golden Lions, Border, Eastern Province, DHL Western Province and Limpopo Blue Bulls – finished the SA Rugby U16 Girls Week in Welkom undefeated, with all of them securing consecutive victories in their matches played on Monday and Wednesday.

Catch the Junior Boks' second game in the U20 Summer Series, at 20h00 against Ireland from Verona in Italy, live here. We also have Afrikaans commentary, provided by the tournament organisers - watch on the lower video.

Mr Mark Alexander, President of SA Rugby, paid tribute to former national rugby player Sizakele “Sammy” Hini, who passed away earlier this week at the age of 86 due to ill health.

Junior Springbok No 8 Cameron Hanekom is loving every minute of his Under-20 Six Nations Summer Series expedition in the sun-soaked Italian city Verona, where the South Africans are competing with the Six Nations teams alongside fellow invited country Georgia.

The Chris Burger Petro Jackson Players’ Fund has appointed Mark Kritzinger as their first full-time Chief Executive Officer as they embark on a new era in helping rugby players who suffered catastrophic life-changing injuries, and also stepped up their relationship with SA Rugby by moving into SARU House in Cape Town.

Junior Boks make it two from two in Italy

The Junior Springboks took control of their pool at the U20 Six Nations Summer Series in Italy when they won their second game on the trot in Verona on Wednesday evening, beating Ireland by 33-24 in hot and humid conditions.