Zas and Nortje walk away with Vodacom URC awards

DHL Stormers wing Leolin Zas scored 11 tries over the course of the regular season to end the campaign at the top of the charts, while Vodacom Bulls lock Ruan Nortje takes home an award which recognises the player who has racked up the most minutes over the 18 rounds of the Vodacom URC.

They are the first South African winners to be announced as part of the end-of-season awards, with Ulster’s Alan O’Connor (Tackle Machine) and Ospreys pair Jac Morgan (Turnover King) and Gareth Anscombe (Gilbert Golden Boot) having scooped the three accolades already handed out.

Here, we take a closer look at the Top Try Scorer and Ironman award winners and the performances that led to their prizes, which were awarded using URC StatMaster data provided by Oval Insights. 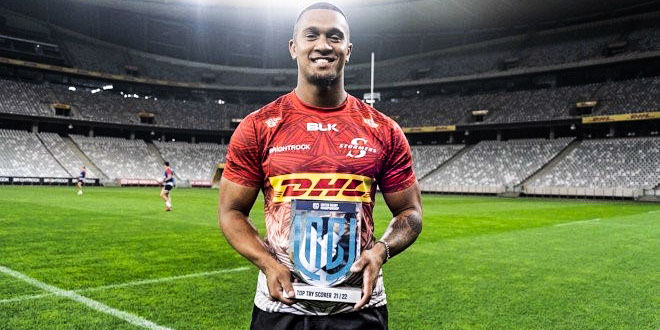 "It is incredible to think that I finished the regular season as the Top Try Scorer in the competition," said Zas.

"A lot of those tries are down to the hard work of my teammates creating the opportunities for me to finish. I am grateful to them, the management, my family and our fans for the amazing support I have got this season."

Zas held on to his position at the top of the Vodacom URC try-scoring charts in the face of some late competition from Benetton’s Rhyno Smith, who claimed seven tries in his last three appearances to pull level with Zas on 10 at the summit.

However, Zas – who scored at least one try in each of his first six Vodacom URC outings – grabbed the DHL Stormers’ first try in their Round 18 victory over the Scarlets to nudge back in front and claim the prize. 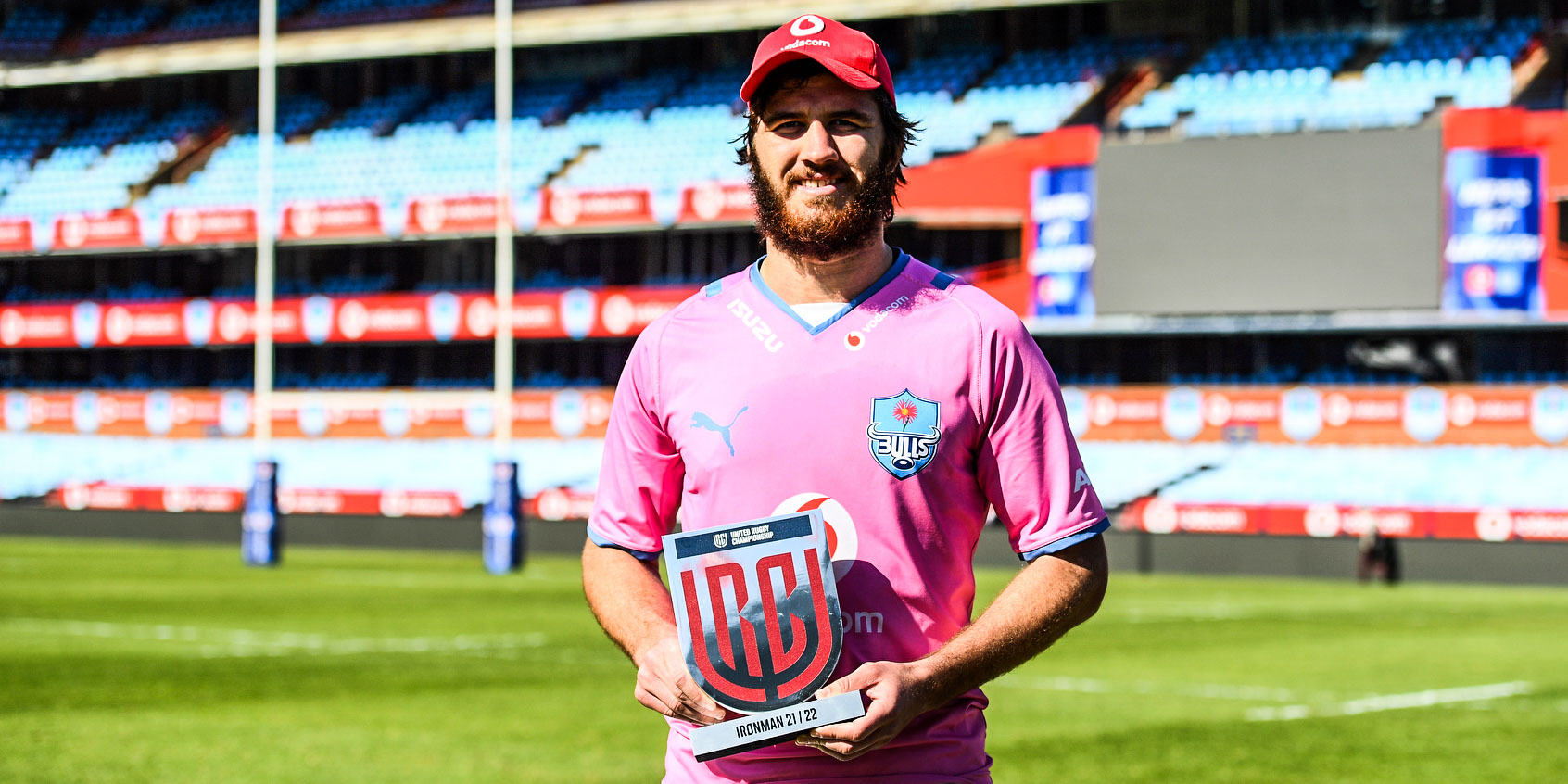 “I am humbled and honoured to receive the Vodacom United Rugby Championship Ironman Award for the 2021/22 season," said Nortje.

"To receive this recognition in a world-class competition with some of the most respected players is definitely something that will remain a highlight in my playing career for many years to come. I am grateful to the Vodacom Bulls, our director of rugby, Jake White, the coaching staff, my teammates and the supporters of the franchise for the faith and support they have all given and had in me.

"To be able to put on the blue jersey and play for the badge in such a premier championship is something I do not take lightly. I look forward to many more memories and matches in the URC.”

The 23-year-old racked up 1,394 minutes on the field of play and was one of only 14 players to feature in all 18 of their team’s matches.

Nortje scored one try as the Vodacom Bulls achieved a fourth-place finish in the regular season and was second to Glasgow Warriors’ Richie Gray for lineout steals (9).

Carling Champions Team too good for Italy A...

Free State were without equal at the 2022 SA Rugby U16 Grant Khomo Week in Kimberley, confirming their dominance with an...

The five South African teams taking part in the Heineken Champions Cup and the EPCR Challenge Cup next season found out ...

The Sharks and Free State showed serious intent on day two of the SA Rugby U16 Grant Khomo Week in Kimberley, scoring im...

DHL Stormers and Vodacom Bulls into the Final Four

The DHL Stormers and Vodacom Bulls had to work hard in their Vodacom United Rugby Championship quarter-finals on Saturday, but in the end did what was needed to book their places in next weekend’s semi-finals.

The weekend’s penultimate round of Carling Currie Cup matches produced another bag full of high drama, with Windhoek Draught Griquas pulling off a stunning comeback win over DHL Western Province, the Airlink Pumas winning their cat fight with the Toyota Cheetahs, and the Sigma Lions finishing their season on a winning note against the Cell C Sharks in Durban.

DHL Western Province scored a commanding 91-12 victory over the EP Queens in Cape Town on Saturday to secure top spot in the Women's Premier Division and win hosting next weekend's final against Border Ladies, who had a bye in round seven, in the last round of league play.

The DHL Stormers held on for a well-deserved 28-17 victory against Edinburgh in Cape Town on Saturday in their Vodacom United Rugby Championship quarter-final to book a home semi-final against Ulster next weekend.

A Chris Smith drop goal in injury time sealed a dramatic Vodacom United Rugby Championship quarter-final victory by 30-27 (half-time 13-13) for the Vodacom Bulls, after 80 pulsating minutes of hard rugby against the Cell C Sharks in Pretoria on Saturday afternoon.

The Junior Springboks squad for the Under-20 Six Nations Summer Series in Italy was announced on Tuesday, with six players who have Vodacom United Rugby Championship experienced named amongst the group of 30 players.

The start of the Springbok international season is just over three weeks away and it should be eagerly anticipated as the Vodacom United Rugby Championship has presented the world champions with the platform to add a dimension that could make them close to unstoppable.

Ten players from the four South African teams were included in the inaugural Vodacom United Rugby Championship Dream Team for the 2021/22 season.

Springbok coach Jacques Nienaber said the focus for opening stages of their preparation camp for the Castle Lager Incoming Series would be on their fundamentals as the training squad continued their on-field on preparations on Wednesday, for what the coach expected to be a “tough” series against Wales in July.

If there was ever a player that could kill off South African hopes and dreams in the Vodacom United Rugby Championship, it is Leinster’s mercurial flanker Josh van der Flier.

DHL Stormers and Vodacom Bulls into the Final Four

The DHL Stormers and Vodacom Bulls had to work hard in their Vodacom United Rugby Championship quarter-finals on Saturday, but in the end did what was needed to book their places in next weekend’s semi-finals.

The Junior Springboks squad for the Under-20 Six Nations Summer Series in Italy was announced on Tuesday, with six players who have Vodacom United Rugby Championship experienced named amongst the group of 30 players.