A rampant Vodacom Bulls side marched into their second successive home Carling Currie Cup Final as they thumped DHL Western Province 48-31 at Loftus Versfeld in Pretoria on Friday evening.

Jake White’s men outscored their age-old rivals by six tries to five in a fast and furious semi-final to book their place in next weekend’s decider, where they will face the winners of the other top-four clash between the Cell C Sharks and Tafel Lager Griquas in Durban on Saturday.

The defending champions were world-class as they played a complete brand of rugby, running circles around the Capetonians out wide and overpowering them when they went through channel one.

The halfback pairing of Zak Burger and Johan Goosen were superb in directing the destruction and the interplay between their forwards and backs was brilliant. Goosen produced a flawless goal-kicking performance to boot and scored one of the hosts’ tries to finish with a personal tally of 23 points. 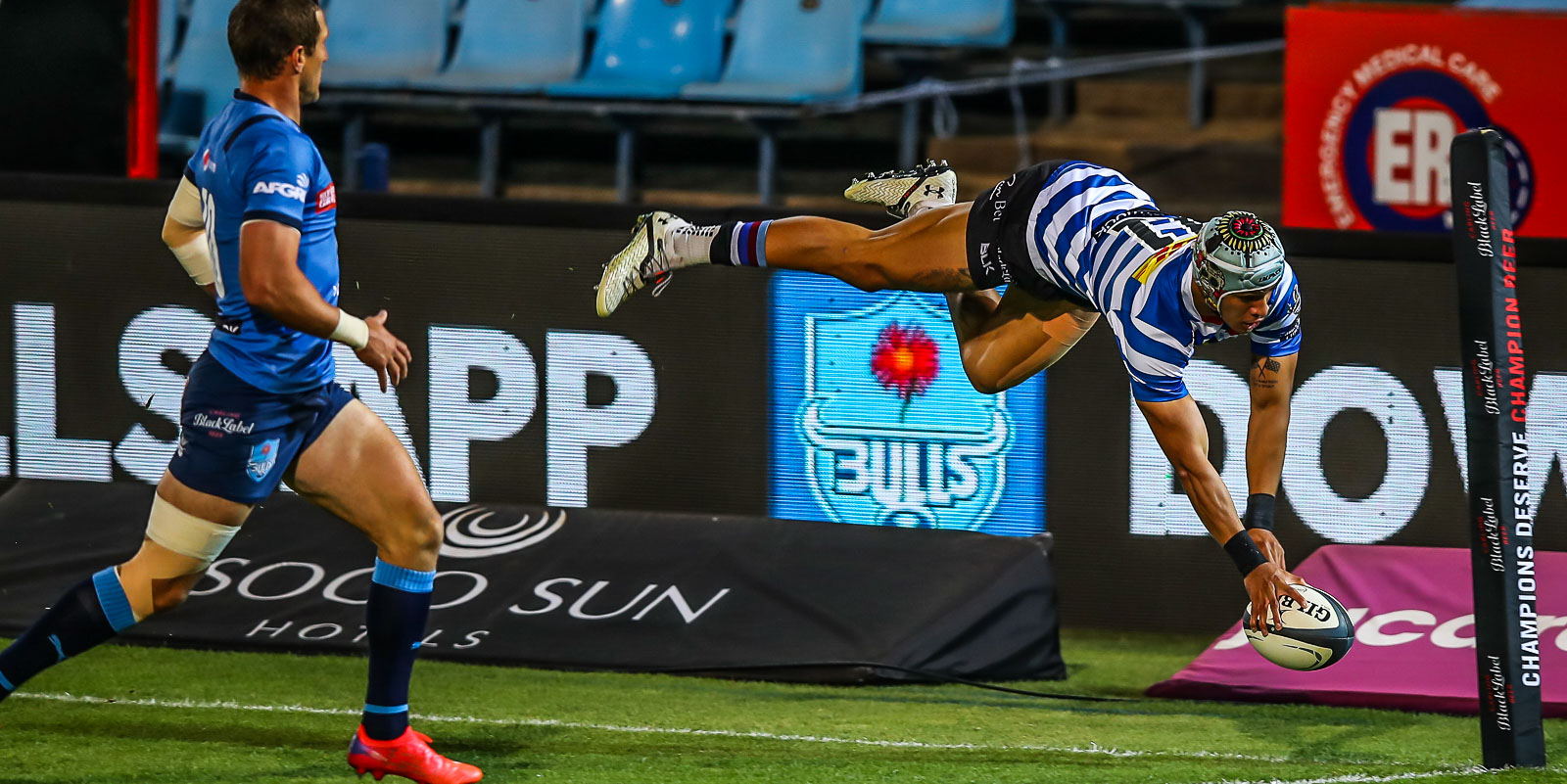 Edwill van der Merwe goes over for a spectacular try for DHL WP.

DHL Western Province did well under-fire initially as they hit back with two tries, but the pace and power of the men from Pretoria saw them pull away in the second quarter.

The visitors fought gallantly in the second half, with late tries making for a more respectable scoreline and seeing Edwill van der Merwe complete a hat-trick, however, a comeback never looked on the cards as the hosts were in complete control throughout.

The sensational Goosen opened the scoring inside the first two minutes, slotting a long-range penalty goal after Deon Fourie went off his feet at the ruck.

The lead stretched to 10-0 after six minutes as Goosen beat a couple of defenders with a beautiful long pass that put Cornal Hendricks over. Goosen was at it again moments later, linking up with Hendricks with another flat pass and finishing off himself to make it 17-0 after 10 minutes.

Paul de Wet woke up DHL Western Province when he caught the red-hot hosts by surprise with a quick tap. The scrumhalf darted away and shifted the ball to Juan de Jongh, who unleashed Van der Merwe in the corner, with Tim Swiel unsuccessful with the conversion. 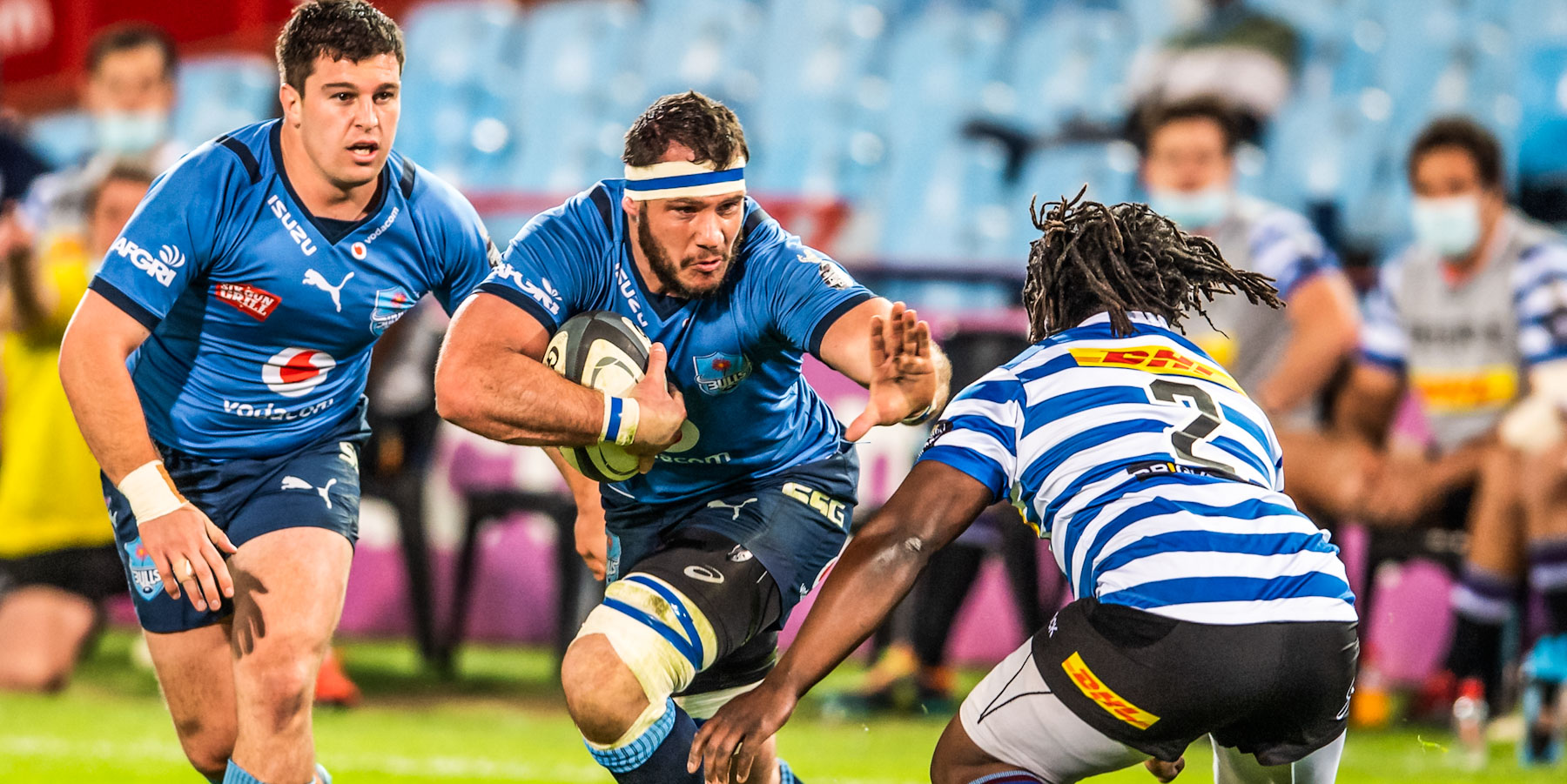 Marcell Coetzee on the charge for the Vodacom Bulls.

The Vodacom Bulls hit right back, though, this time keeping it tight and direct as Harold Vorster laid the platform before Arno Botha powered over for a third converted try for the men in blue.

The Capetonians stayed calm in the eye of the storm and were able to score their second through Hacjivah Dayimani, who did well to spin his way out of contact and over the tryline. Swiel added the conversion to make it 24-12 after a breathless first quarter.

The action settled but for a moment before the Vodacom Bulls produced poetry in motion from a lineout, with backs and forwards combing superbly in rapid phase play that led to Lionel Mapoe rounding off a top team try.

Not done yet, the home team scored another seven-pointer through captain Marcell Coetzee, who muscled over with the support of his teammates as the Vodacom Bulls headed into half-time with a commanding 38-12 lead.

DHL Western Province needed to score first in the second half to stay in the game and they did early on, De Wet the orchestrator once again with a perfectly-timed pop pass for Sergeal Petersen to pierce the defensive line before the fullback put Van der Merwe in for his brace. Swiel’s conversion made it 38-19. 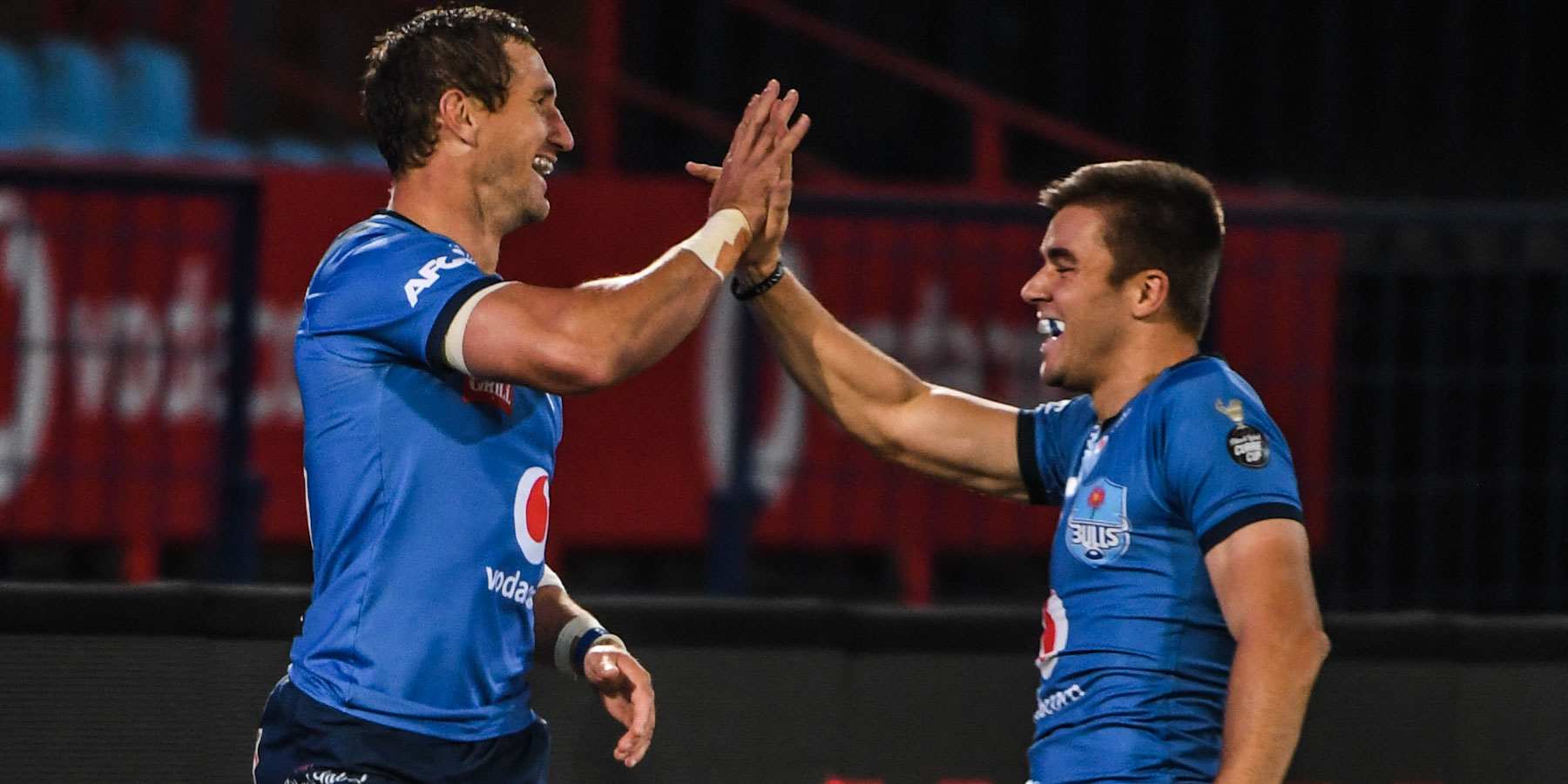 The Vodacom Bulls opened their account in the second stanza as they did in the first as Goosen continued his goal-kicking clinic after the visitors were pinged at scrum time.

Van der Merwe looked to have completed his hat-trick in style as he beat three defenders and dotted down in the corner, however, TMO Quinton Immelman ruled that the pint-sized predator had lost control just before grounding the ball.

After holding off a desperate onslaught and winning a dominant scrum penalty on their 5m line, the Vodacom Bulls worked their way back into DHL Western Province’s half through deft tactical kicking and in the 67th minute, Hendricks injected himself into the action again as he combined with Keagan Johannes on the switch and flew over for his second. Goosen made it eight out of eight off the tee.

Andre-Hugo Venter peeled off a driving maul for a try with Van der Merwe getting his hat-trick in the end for a DHL Western Province side who never stopped fighting but were outclassed as the Vodacom Bulls prevailed by 17 points.

All eyes will be on Pretoria and Durban this weekend, when the two Carling Currie Cup semi-finals play out at Loftus Versfeld and Jonsson Kings Park in what promises to be two high-octane matches with no room for error.

The Cell C Sharks will travel to Pretoria where they will try to dethrone the Vodacom Bulls as Carling Currie Cup champions after these two powerhouses successfully negated the semi-finals to set up a repeat of the 2020 Final at Loftus Versfeld.

U20: Leopards, Lions and WP victors in round four

The Leopards scored 13 tries against Eastern Province and the Lions eight against Toyota Free State in their SA Rugby U20 Cup clashes over the weekend, while the DHL Western Province secured an important win over the Vodacom Bulls in Cape Town to keep their top four standing on the log intact after four rounds of action.

All eyes will be on Pretoria and Durban this weekend, when the two Carling Currie Cup semi-finals play out at Loftus Versfeld and Jonsson Kings Park in what promises to be two high-octane matches with no room for error.