The starting XV showed 10 changes to the team that had concluded a 2-1 series victory over the British & Irish Lions seven days before but still overcame a Pumas team highly-rated by Nienaber.

“The work the players put in was awesome,” he said.

“We had a couple of beers on Saturday after the Series win but we knew we were going straight into the Rugby Championship, and on Monday when I started the first session, I could see the guys were really clued up and ready to go.

“We knew that playing five tests in a row was a big ask and we made a couple of changes, but you could see the freshness of the players who had come in, after not playing for a few weeks some of them.

“We had a defence session on Wednesday and you could see that some of the guys that had played on Saturday were a bit iffy, but the new guys were climbing into the session and were raring to go.”

South Africa scored three tries to nil to complete a bonus point win before the second meeting between the teams at the same venue next Saturday. 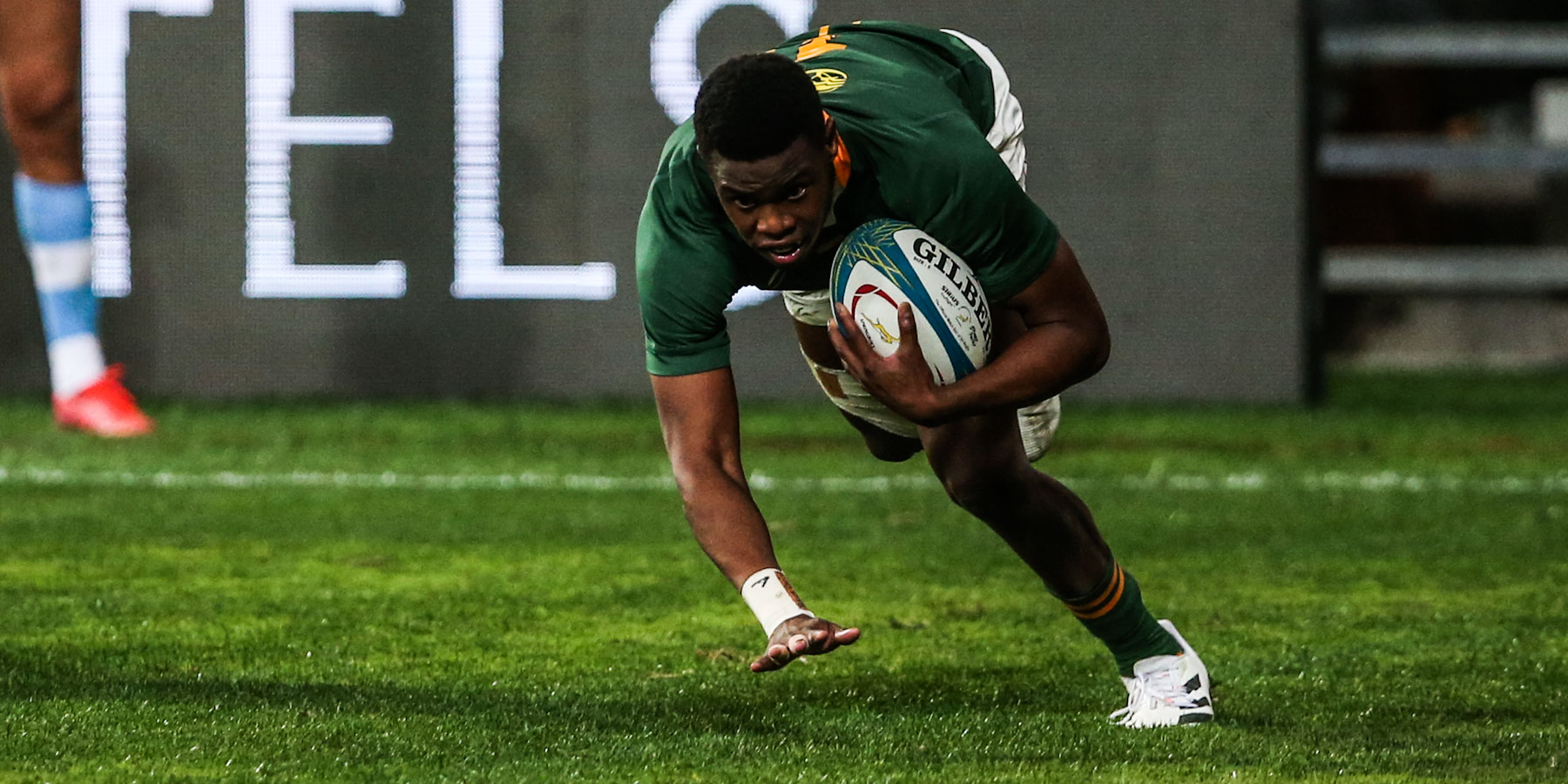 “We knew that cohesion would be an issue with so many changes, but the guys got really stuck in. Argentina are a tough nut to crack but hats off to the players - I thought their analysis they did was spot on and the plans they put in place were great.”

Nienaber revealed that captain Siya Kolisi had been a doubtful starter after suffering from a stomach bug during the morning but had decided, in conjunction with the medical team, that he was fit enough to play.

Kolisi said that he had had every confidence in the team’s ability to cope with the changed line-up.

“The one thing that I love about this team is that there are no ‘senior’ players or anything like that, and everyone had their own job,” he said. “If something goes wrong in the maul, at the breakdown or in the scrum we know who to look to to fix it.

“We were never in a panic today; we were in control a lot of the time.”

The Springboks scored tries through Cobus Reinach, Aphelele Fassi and debutant Jaden Hendrikse with Elton Jantjies landing six out of seven kicks at goal with one conversion and five penalties.

The win put them second to New Zealand on the first round log on points difference’ the Boks 20-point advantage over Argentina, edged by New Zealand’s 35-point difference from their 57-22 win over Australia.

Nienaber said the coaching staff would consider the medical feedback before considering the line-up for the second test.

“There’s a lot of thigs we have to take into consideration, but player welfare will be a big factor,” he said.

Elrigh Louw described making his debut for the Springboks in their nail-biting Castle Lager Incoming Series victori over...

Relive the action from the Boks' tight win in Pret...

The Springboks left it late to beat Wales in a dramatic Test at Loftus Versfeld in Pretoria....

Boks leave it very late to edge Wales in Pretoria...

A last-gasp penalty goal by Damian Willemse secured the Springboks the narrowest of wins over Wales in the first of thre...

Second half performance what Boks were looking for...

A relieved Springbok coach Jacques Nienaber praised his composed team as they overturned a 15-point halftime deficit to ...

The Leopards claimed the Carling Currie Cup First Division title for the first time since 2015 by beating a fast-finishing Down Touch Griffons side by 19-18 at Olën Park in Potchefstroom on Friday, in a match deserving of being called a final.

SA Rugby announced on Friday that Switch had signed on as the new Official Energy Drink partner of the Springboks for three years – a first major sports sponsorship for the South African company.

Argentina have named their side for Saturday's Castle Lager Rugby Championship opener against the Springboks in Nelson Mandela Bay, where Felipe Ezcurra will start at scrumhalf in place of the experienced Tomas Cubelli.

Sharks too strong for 14-man Cheetahs

DHL Western Province and the New Nation Pumas played to a 40-all draw in a pulsating Carling Currie Cup clash at Newlands on Sunday.

Springbok utility forward Jean-Luc du Preez joined the national squad in Nelson Mandela Bay on Sunday as additional cover at lock and loose forward as they look to defend their Castle Lager Rugby Championship title in the next few weeks.