The lack of field training for more than a week did not dampen the spirits of the Springbok Sevens team and they will also adapt to the adjusted living arrangements at the Olympic Village in Tokyo from Friday.

That is the view of Blitzboks assistant coach Renfred Dazel, after the South Africans learned that not all of their squad members will be able to all stay in the athlete’s village upon arrival from Kagoshima.

The team leaves for the Japanese capital after three days of training in the southern city, but once in Tokyo, will have to split up in two groups, due to COVID protocols stemming from the positive result of Blitzbok coach Neil Powell.

All management that travelled with Powell from Tokyo to Kagoshima and five players were deemed close contacts of the experienced coach, and will not be allowed to enter the athlete’s village.

They will stay in an isolation hotel and will join the rest of the squad at the training venues on Saturday and Sunday, as the Blitzboks prepare to take on Ireland in their first match of the Rugby Sevens on Monday at 11h00 (04h00 SA time).

“There is not much we can do about that, so we will have to make it work,” Dazel said of the unfortunate situation.

“We have been adapting since we arrived and it is not easy, but credit to everyone who keeps smiles on their faces and working hard.” 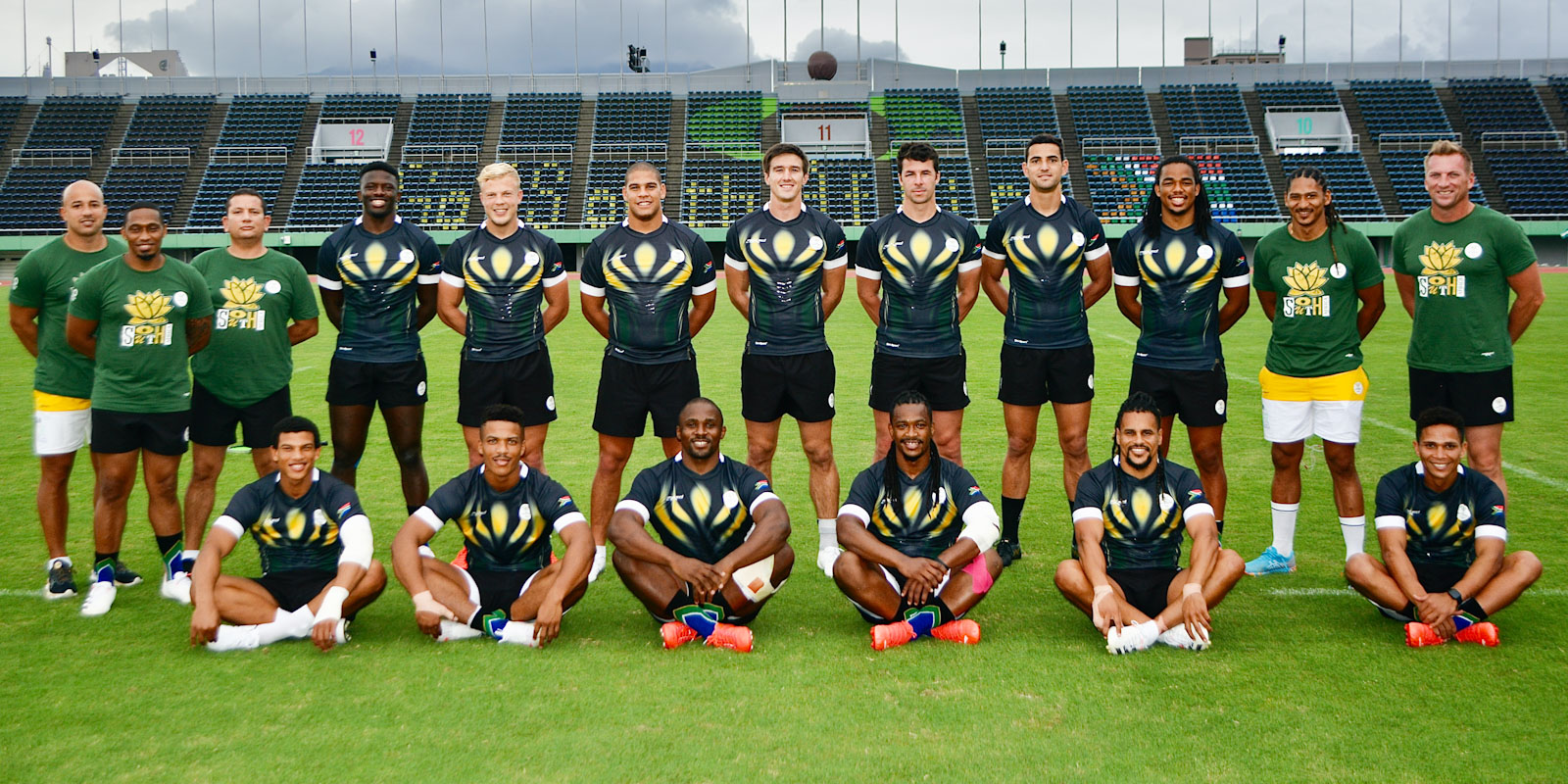 Dazel will also be taking over from Powell next to the field with the latter in isolation in Kagoshima, but he is not perturbed by his sudden “promotion”.

“I was a bit speechless when Neil said I need to take over, but it is an exciting prospect,” said Dazel.

“Luckily Marius Schoeman (SA Rugby's High Performance Manager for Sevens) is also here and we have a good working relationship and have played together for the Blitzboks many seasons.

“I am also fortunate to have worked with Neil for many seasons now, including at the previous Olympics in Rio. Add the fact that Neil is still in contact with us virtually, so I am quite confident that we can get the best results.

“We have a seven hour gap between matches, and we will get together on a call to sort out any problems or tactics if needed. We are lucky with a strong leadership group in the squad as well, and all of us are still on the same ticket and drive.”

Dazel said the missed training sessions will not affect them: “We have a clear focus, and the guys are really working hard and at good intensity and that is what we needed.

“Our focus is pretty much on what we need to achieve come Monday at 11h00 and despite all the obstacles, we are still in good shape. It will be tough to be split up, as we are a team, but we will take the field as one.”

De Allende: Boks will leave everything on the field

Springbok centre Damian de Allende is relishing every moment of being back on the field and said he and his team-mates were determined to leave everything on the park as they prepare for the opening Test against the British & Irish Lions at the Cape Town Stadium on Saturday.

The Toyota Cheetahs made it back-to-back Carling Currie Cup wins when they trumped DHL Western Province 38-21 in Bloemfontein on Wednesday.

Tafel Lager Griquas wing Eduan Keyter scored four tries as his side claimed their second successive big scalp away from home with a 41-31 victory over the Sigma Lions in a high-scoring Carling Currie Cup match in Johannesburg on Wednesday afternoon.

Blitzboks upbeat as Olympics kick off in Tokyo

They are still in Kagoshima, a one-hour flight south of Tokyo, but after two training sessions and some live Olympic action on local television, there is no doubt in the minds of the Springbok Sevens squad that the Olympic Games are real.

Springbok captain Siya Kolisi and assistant coach Mzwandile Stick emphasised the importance of executing their game plan effectively and channeling all their energy into the opening Test against the British & Irish Lions at Cape Town Stadium on Saturday, after wrapping up their on-field preparations on Friday.