Rosko Specman said the last two weeks in the Springbok camp has been a fantastic learning experience as the former Blitzbok star sets his sights on adding a Test match to his decorated career which features 416 points in 162 HSBC World Rugby Sevens Series matches and an Olympic Games bronze medal.

Specman, fondly known as 'Specmagic' by SA’s rugby faithful thanks to his flair and raw pace on attack, said it was an honour to be in the squad and, as one of the eight uncapped players included amongst the 46 men selected for the Castle Lager Lions Series, he hoped to learn as much as possible from his more experienced team-mates.

“It’s a blessing to be at the camp,” said Specman.

"I told myself this opportunity won’t come around every time so I have to be like a sponge and get all the information out of players like Willie (le Roux) and Cheslin (Kolbe), so that I can also take my game to a higher level because they have obviously played at the highest level and I’d also like to be there one day.”

The 32-year-old wing, who is renowned for his lively and fun personality off the field has been enjoying the atmosphere in the camp in Bloemfontein and said: “So far the vibe has been great.

“There are a lot of guys from other unions who also bring the vibe, and we all ensure that we bring the energy on the bus and on the field. When it is time to work, we work, and it is easy for me when I’m enjoying myself.” 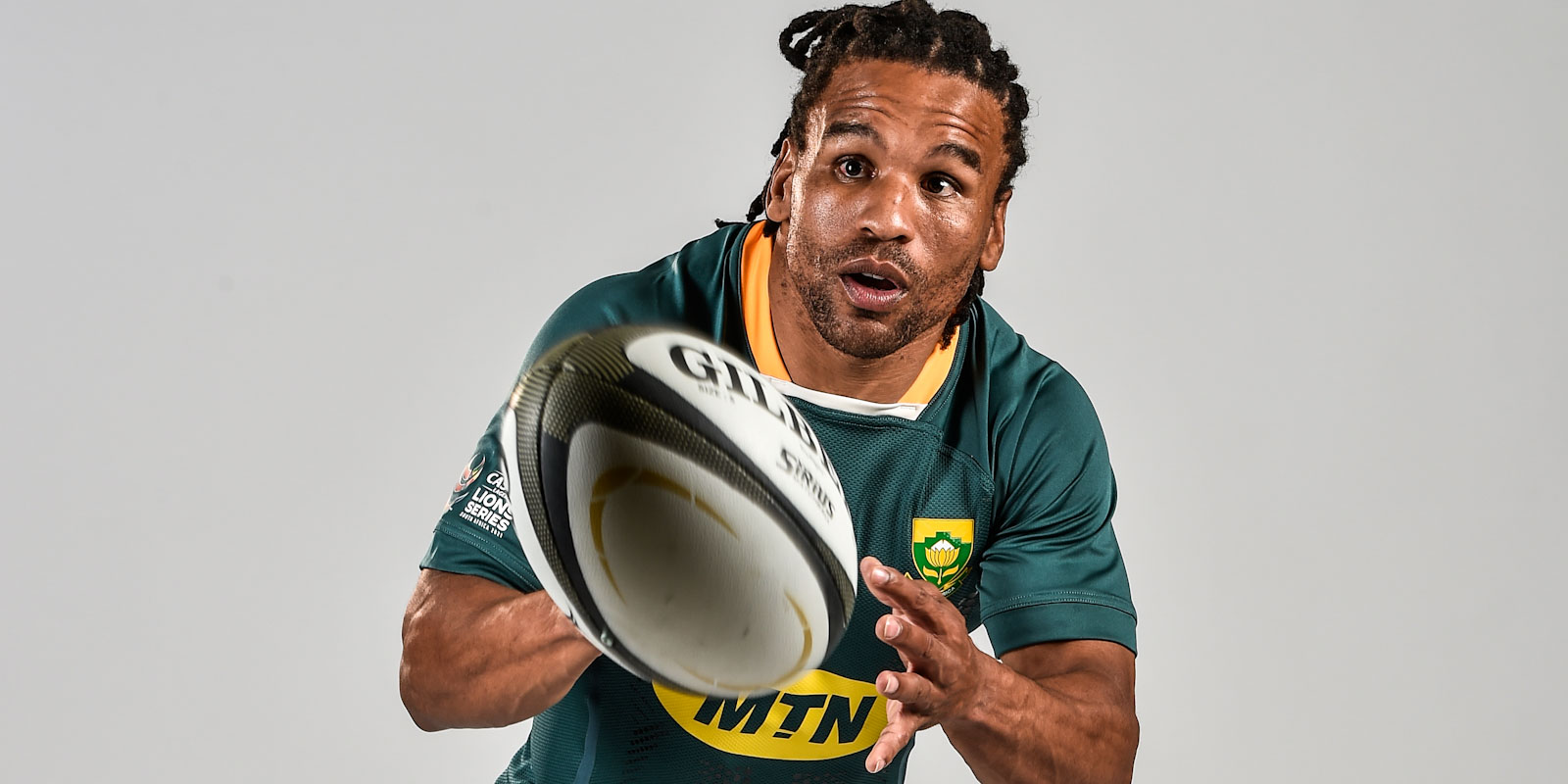 Never a dull moment with 'Specmagic' in the house!

Specman admitted that while the decision to switch from Sevens to 15-a-side rugby was not easy, especially with the Olympic Games being hosted in Tokyo this year, he had decided a few years back already that he wanted to pursue a career in this code.

“I made a decision in 2017 when I was on loan to the Toyota Cheetahs, where I am still currently playing, that I don’t just want to be one of those guys that is only a sevens player,” said Specman.

“Coming to the Cheetahs I saw I could still play 15-a-side rugby and then I thought I could just go back to Sevens.

“In 2018 I joined the Vodacom Bulls and that it is where everything came together and I realised I am going to give this team all I can in 15-man rugby.”

Out of respect for Neil Powell, Specman said he had spoken to the Springbok Sevens coach while finalising his decision, and that Powell understood his view completely.

“It was a tough decision,” said the player.

“But I spoke to coach Neil, and he said he would give me the opportunity to go for it.

“When I was at the first (Springbok) alignment camp, and then attended the second one, coach Neil and I spoke over the phone and I told him that I had been at the Olympic Games, but that I had not played for the Springboks, and that if I could play against the British & Irish Lions I would play.”

The four South African Vodacom United Rugby Championship teams will return to the field in full swing on Saturday for fi...

While the scramble for second place on the standings will be a big driving force for a few Women’s Premier Division teams this weekend as the competition enters round seven, the teams participating in Group 2 of the First Division will look to build momentum after kicking off their competition last week.

Established stars and a host of the country’s best emerging talent from all 14 unions will lace up for the start of the Carling Currie Cup this weekend, with 12 weeks of exhilarating provincial rugby on the menu.

Cheslin Kolbe, a Rugby World Cup winner with the Springboks in 2019, has been appointed as the latest Laureus Sport for Good Foundation ambassador.

Stick: “We will have to be at our best”

Springbok assistant coach Mzwandile Stick declared that the Rugby World Cup champions will have to be at their best in the Castle Lager Lions Series as they look to repeat their 2009 feat against the British & Irish Lions in July and August.

The Junior Springboks are bustling with cropped-up energy and excitement and cannot wait to run onto the field on Friday when they face Uruguay Under-20, when international rugby finally returns to South African soil.

Benetton dismantled the Vodacom Bulls to win the Guinness PRO14 Rainbow Cup Final by 35-8 in front of a small but ecstatic crowd at the Stadio Comunale di Monigo in Treviso on Saturday evening. The Italians surged to a 20-8 halftime lead and never surrendered their supremacy in a dominant and clinic display of finals rugby.

DHL Western Province reaffirmed their status as the favourites to defend their Women’s Premier Division crown as they earned their seventh win in a row in an exciting round featuring valuable wins for the Border Ladies and EP Queens.

The Springbok Sevens squad concluded their two-week Olympic Games training camp in Johannesburg on Saturday in high spirits and a with number of valuable inputs achieved.

A first-half hat-trick by JJ Kotze laid the foundation for DHL Western Province as they got their Carling Currie Cup campaign off to a perfect start by beating the Vodacom Bulls by 48-24 at Loftus Versfeld in Pretoria on Saturday afternoon.

The Cell C Sharks overcame bogey side Tafel Lager Griquas 30-16 in windy conditions in Kimberley on Saturday afternoon to start their Carling Currie Cup campaign on the right note.

While the scramble for second place on the standings will be a big driving force for a few Women’s Premier Division teams this weekend as the competition enters round seven, the teams participating in Group 2 of the First Division will look to build momentum after kicking off their competition last week.

Benetton dismantled the Vodacom Bulls to win the Guinness PRO14 Rainbow Cup Final by 35-8 in front of a small but ecstatic crowd at the Stadio Comunale di Monigo in Treviso on Saturday evening. The Italians surged to a 20-8 halftime lead and never surrendered their supremacy in a dominant and clinic display of finals rugby.