SA Rugby recognised World Rugby’s decision to recommend the postponement of the 2021 Rugby World Cup to next year, saying although it is disappointing for the Springbok Women’s team, it was understandable and sensible.

World Rugby announced late on Tuesday that it had made the difficult decision to recommend the postponement of the Rugby World Cup, which was scheduled to be hosted in New Zealand between 18 September and 16 October, until next year due to the evolution of “the uncertain and challenging global COVID-19 landscape”.

The recommendation will be considered by the Rugby World Cup Board and World Rugby Executive Committee early next week.

“I share Springbok Women’s coach Stanley Raubenheimer and the team’s disappointment, especially after all the hard work they have been putting in since last year in preparation for the tournament,” said SA Rugby CEO Jurie Roux.

“But that said, the Rugby World Cup is the biggest stage in rugby and in order for such a tournament to live to up to its billing, it is essential that the correct structures are in place for all the teams to perform to the best of their abilities.

“Since this is not possible due to the challenges presented by the fluid nature of the COVID-19 pandemic, we understand the decision to recommend the postponement of the event.” Raubenheimer adopted a logical view to the decision and said: “The key aspect is not that we are disappointed, it is the fact that that the health and safety of everyone concerned is more important.

“We would have been very disappointed if the Rugby World Cup was cancelled, but this is just a postponement of the tournament.”

SA Rugby High Performance Manager for Women’s rugby, Lynne Cantwell said: “While we are extremely disappointed in South Africa, we see the opportunity in allowing the Springbok Women more time to train and prepare in their present high performance set-up for the World Cup.”

According to World Rugby’s statement it had become clear in recent discussions with key partners including New Zealand Rugby, the New Zealand Government and participating unions, that, given the scale of the event and the COVID-19-related uncertainties, it would not be possible to deliver the environment for all teams to be the best that they can be on the sport’s greatest stage.

The challenges included the uncertainty and ability for teams to prepare adequately for a Rugby World Cup tournament both before and on arrival in New Zealand and challenging global travel restrictions. 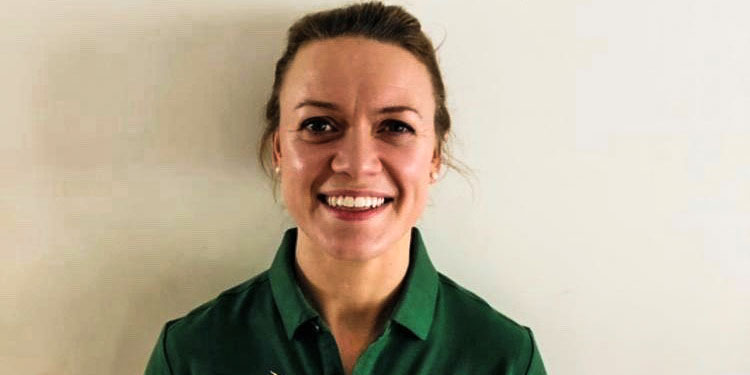 Raubenheimer immediately redirected his attention to forward planning and said: “It is a now a question of realigning our goals and setting a new timelines for ourselves going forward. We cannot wait for the new dates to be announced so that we know how to prepare.”

He added: “In terms of time, is might not be a bad thing for us because as I have said previously, time was the one thing we couldn’t get, but needed, and we will now have more time in our preparation for the World Cup.

“This will give the players more time to play and really get to know what is expected of them from a physical and emotional perspective. I believe the right decision was made in the interests of everyone involved”.

Cantwell said the Springbok Women’s rugby programme would continue as planned this year, barring the RWC tournament, so that the players are able to enter the spectacle next year as well prepared as possible.

“We will look to play international friendlies this year once the restrictions settle and we will use this time to create and start implementing broader plans to grow the women’s game in South Africa,” Cantwell said.

“The priority at this point is to support the head coach and his staff as they support the players after taking on the news, and no doubt it will take them a couple of days to process this before being able to take the next steps to move forward together.”

The Walter Sisulu University's All Blacks outplayed the Cape Peninsula University of Technology in Pretoria on Tuesday t...

The winner of the 2021 Castle Lager Lions Series in South Africa will be the recipients of the first perpetual trophy in...

George Cronje, a former SA Schools star No 8, is enjoying every minute of his time at the SA Rugby Academy and says the ...

World Rugby has made the difficult decision to recommend the postponement of Rugby World Cup 2021, scheduled to be hosted in New Zealand between 18 September to 16 October, until next year. The recommendation will be considered by the Rugby World Cup Board and World Rugby Executive Committee on 8 and 9 March respectively.

The list of nominations for the SA Rugby Player of the Year Awards for 2020 has a distinct blue tinge to it, with the Vodacom Bulls underlining their dominance of the season with a host of names on the shortlists.

SA Rugby announced on Monday that coaches, parents and players from schools across the country will be invited to a series of webinars as preparations step up a gear for a return to action later in the year.

Ulster have their work cut out in Guinness PRO14

Ulster will have their work cut out when they host Leinster in the plum fixture in the next round of the Guinness PRO14 after missing out on a valuable bonus point for a full house of five log points against Ospreys over the weekend.

The Vodacom Bulls scored 12 tries to one as they comprehensively outplayed Eastern Province by 87-10 in their 2021 Kick-Off Pools match at Loftus Versfeld on Sunday afternoon.

Duane Vermeulen led the charge as the Vodacom Bulls almost made a clean sweep at the annual SA Rugby Awards for the 2020 season, with the Springbok No 8 being named Player of the Year for a second time.

We've compiled some action (and other) shots, courtesy of Gallo Images, of the various winners in the 2020 SA Rugby Awards.

The Guinness PRO14 finalists could be determined once and for all this weekend as two massive Irish derbies take centre stage in Round 14 of the competition.

Petersen and Njezula come in for DHL Stormers

Outside backs Sergeal Petersen and Sihle Njezula come into the DHL Stormers starting line-up for their 2021 Kick-Off Pools match against Tafel Lager Griquas in Kimberley on Tuesday.

Vodacom Bulls Director of Rugby, Jake White, has opted for continuity in selection of the starting line-up when the Vodacom Bulls travel to Nelspruit to square off against the New Nation Pumas in their 2021 Kick-Off Pools clash on Tuesday.

World Rugby has made the difficult decision to recommend the postponement of Rugby World Cup 2021, scheduled to be hosted in New Zealand between 18 September to 16 October, until next year. The recommendation will be considered by the Rugby World Cup Board and World Rugby Executive Committee on 8 and 9 March respectively.

Duane Vermeulen led the charge as the Vodacom Bulls almost made a clean sweep at the annual SA Rugby Awards for the 2020 season, with the Springbok No 8 being named Player of the Year for a second time.