Swanepoel, who made his Carling Currie Cup debut for the Johannesburgers at fullback, scored five penalty goals – many of them from quite far out – as the home team snuck through for their second successive win.

The game was on a knife’s edge for most of the 80 minutes before that moment as the two packs went hammer and tongs against each other, not giving away any free inches in an energy sapping affair upfront.

Two moments of brilliance from speedsters Seabelo Senatla (DHL Western Province) and Stean Pienaar (Xerox Lions) brought some life to the game, in which both teams lacked some accuracy at times and made too many mistakes, mostly due to great defence.

DHL WP’s Tim Swiel and Swanepoel kept the score board ticking over before the break, with the Capetonians’ flyhalf slotting three penalty goals to the two from the home team’s fullback which saw the visitors lead 9-6 at the break.

Swiel added a fourth penalty goal early in the second half, while Swanepoel missed one but added his third with half an hour left on the clock.

That was when Senatla stepped up, hitting a gap down the left hand short side, linking up with his former Blitzbok team-mate Ruhan Nel who then put the speedster away for the first try of the match.

With Swiel adding the extras, DHL WP were looking in control with a 10-point lead in the 54th minute.

Moments later Burger Odendaal raced away from an intercept, but the Xerox Lions midfielder was called back as the visitors didn’t get enough advantage from a knock-on by the home team. 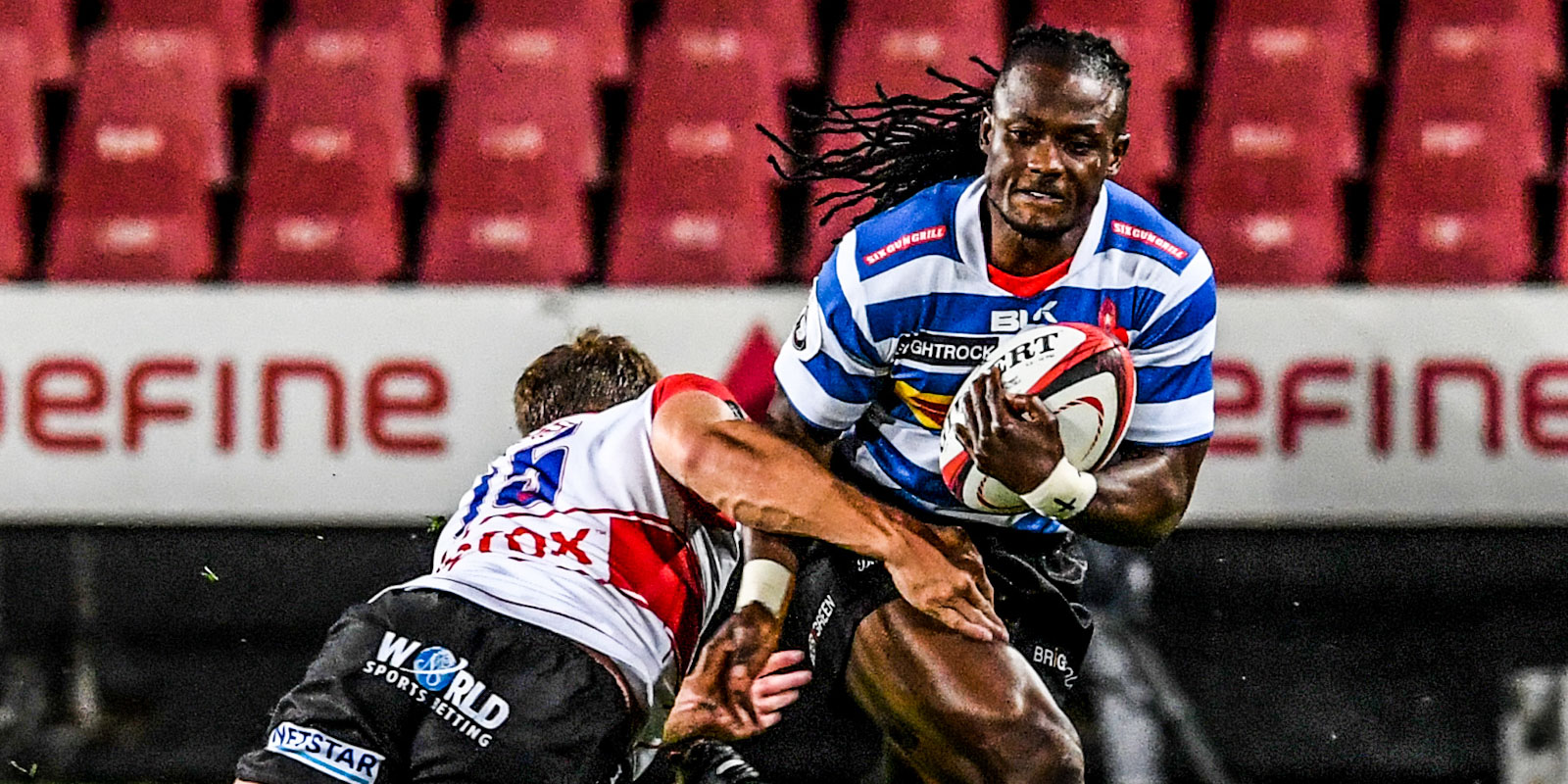 But the Xerox Lions were finding their groove on attack and were threatening to break the blue and white wall. Then Nel made another telling play by effecting a steal on the hour mark with the home team pounding away at the Capetonians’ try-line.

Swanepoel added his fourth penalty goal a few minutes later and all of the sudden the Xerox Lions were back within reach at 19-12.

Then it was Pienaar’s turn for some magic, with the Xerox Lions wing rounding off a brilliant individual try as he caught the visitors napping from a tapped penalty 25m out, racing away for a try next to the uprights.

Xerox Lions captain Elton Jantjies’ conversion meant the scores were tied at 19-19 with just over five minutes left on the clock, but the hosts were in control at this stage and it was apt that Swanepoel had the last and most important say in the match on the stroke of full time.

SA Rugby and the British & Irish Lions have appointed Whisper Cymru, part of the award-winning Whisper Group, as product...

As the Vodacom Bulls were confirming their status as South Africa’s best team and the country’s representatives in Satur...

Detail vital as Boks step up preparations in Bloem...

Springbok assistant coach Deon Davids said working on the finer details of their game would be vital as they stepped up ...

Springbok loose forward Marcell Coetzee will lead a strong Vodacom Bulls squad of 28 players - which include a total of ...

The Vodacom Bulls claimed top spot in the PRO14 Rainbow Cup SA in Durban on Saturday evening when they defeated the Cell...

It may be early in the Carling Currie Cup but the pressure on the teams will rise significantly this weekend as the race for favourable log positions intensifies with a little over a month left before the pool stage concludes.

A powerful display by the Phakisa Pumas’ forwards paved the way to a 22-17 victory over Tafel Lager Griquas and their first Carling Currie Cup victory of the season in Nelspruit on Friday evening.

Phakisa Pumas hooker Marko Janse van Rensburg will celebrate a big career milestone of 50 caps for the Lowvelders on Friday if he takes the field in their Carling Currie Cup clash against Tafel Lager Griquas in Nelspruit.

Victor Sekekete and George Cronjé will earn Carling Currie Cup honours for the Toyota Cheetahs on Saturday when they line up against the Vodacom Bulls at Loftus Versfeld in their opening match of the competition.

Former Junior Springbok flyhalf Brandon Thomson missed an easy conversion that would have given the Glasgow Warriors a much-needed win against the Dragons in one of two Guinness PRO14 fixtures played over the weekend.

Three Boks in World Rugby’s Team of the Decade

DHL Western Province head coach John Dobson made seven changes to his side for their Carling Currie Cup encounter with the Phakisa Pumas at DHL Newlands on Friday.