The Mpumalanga side led 17-11 at halftime and faced a strong second-half challenge by the hosts, but a converted try with 10 minutes left to play set them up for the six-point victory and their first win of the new campaign.

Fouche deservedly earned the man of the match award for his influential performance, which included kicking all three conversions and two penalty goals for personal tally of 12 points.

The flyhalf remained composed as he orchestrated several attacking spells for his side throughout the match, while his clever play and timely offload deep in the second half led to the visitors’ crucial third try scored by fullback Devon Williams, which allowed them to finally race clear of the determined home side.

Ginter Smuts (scrumhalf) and Neil Maritz (wing) were the other try scorers for the visitors. 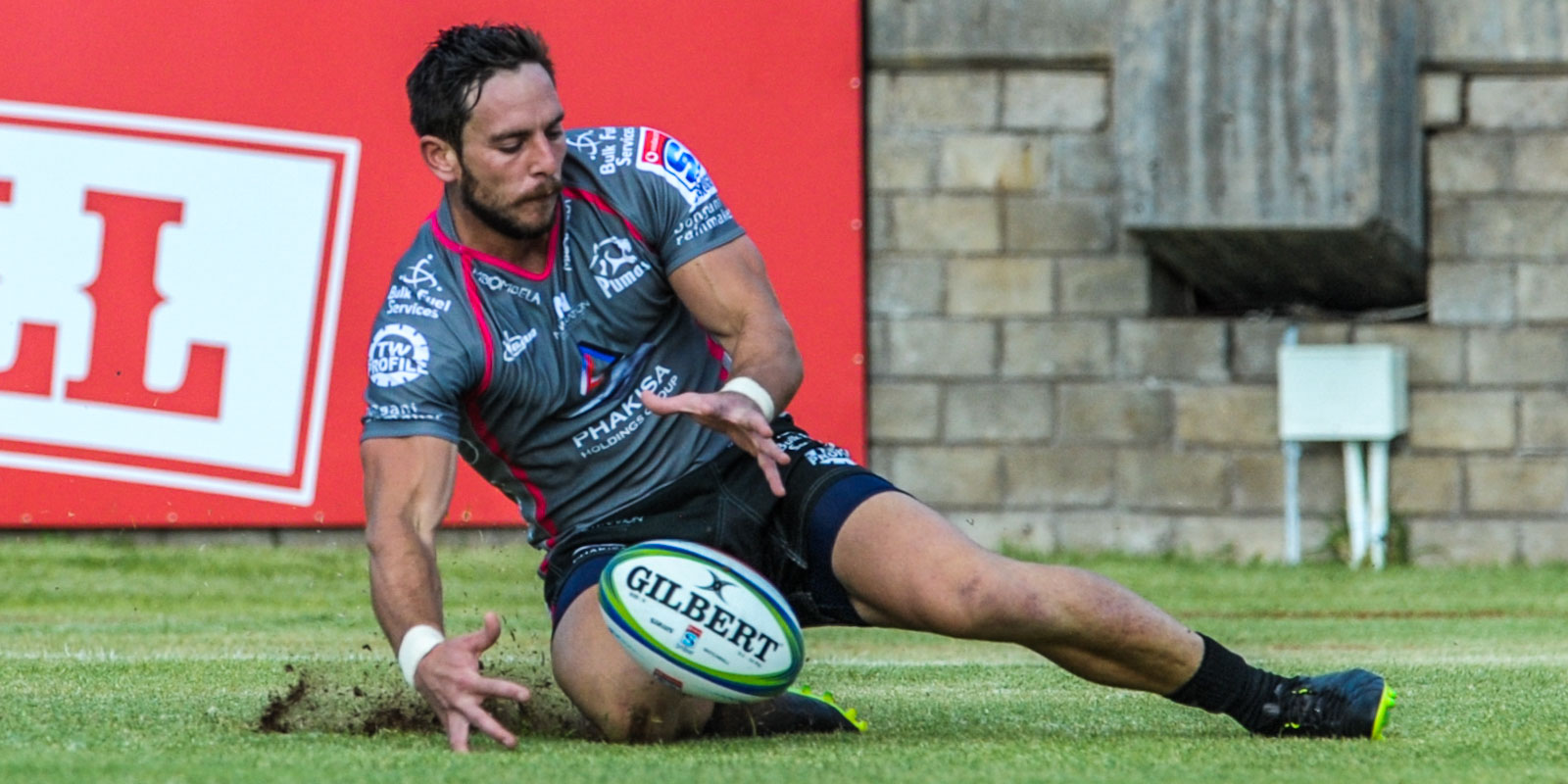 Neil Maritz scored one of the Phakisa Pumas' three tries.

For the home side, Victor Sekekete (lock) and Adre Smith (replacement lock) each managed to score a try, while flyhalf and skipper George Whitehead contributed the rest of the points off the kicking tee with a conversion and three penalty goals.

Tafel Lager Griquas made some astute substitutions in the second half and the introduction of Andrew Beerwinkel (prop) and Smith off the bench gave the team them the composure they lacked in the first half.

Beerwinkel won a scrum penalty shortly after he entered the fray, while Smith scored the home side’s second try from another well executed lineout mall.

Whitehead added the extra two points to cut the deficit to just two points at 20-18, but with Fouche pulling the strings, the visitors raced clear for their win as Williams ran in on the angle and score under the posts.

With time running out, Whitehead slotted over a penalty goal in the dying minutes to earn his team a bonus point for going down by less than 7 points.

SA Rugby has reluctantly been forced to withdraw the Springboks from the Castle Lager Rugby Championship.