DHL are proud to be Global Logistics Partner of the Castle Lager Lions Series South Africa 2021. 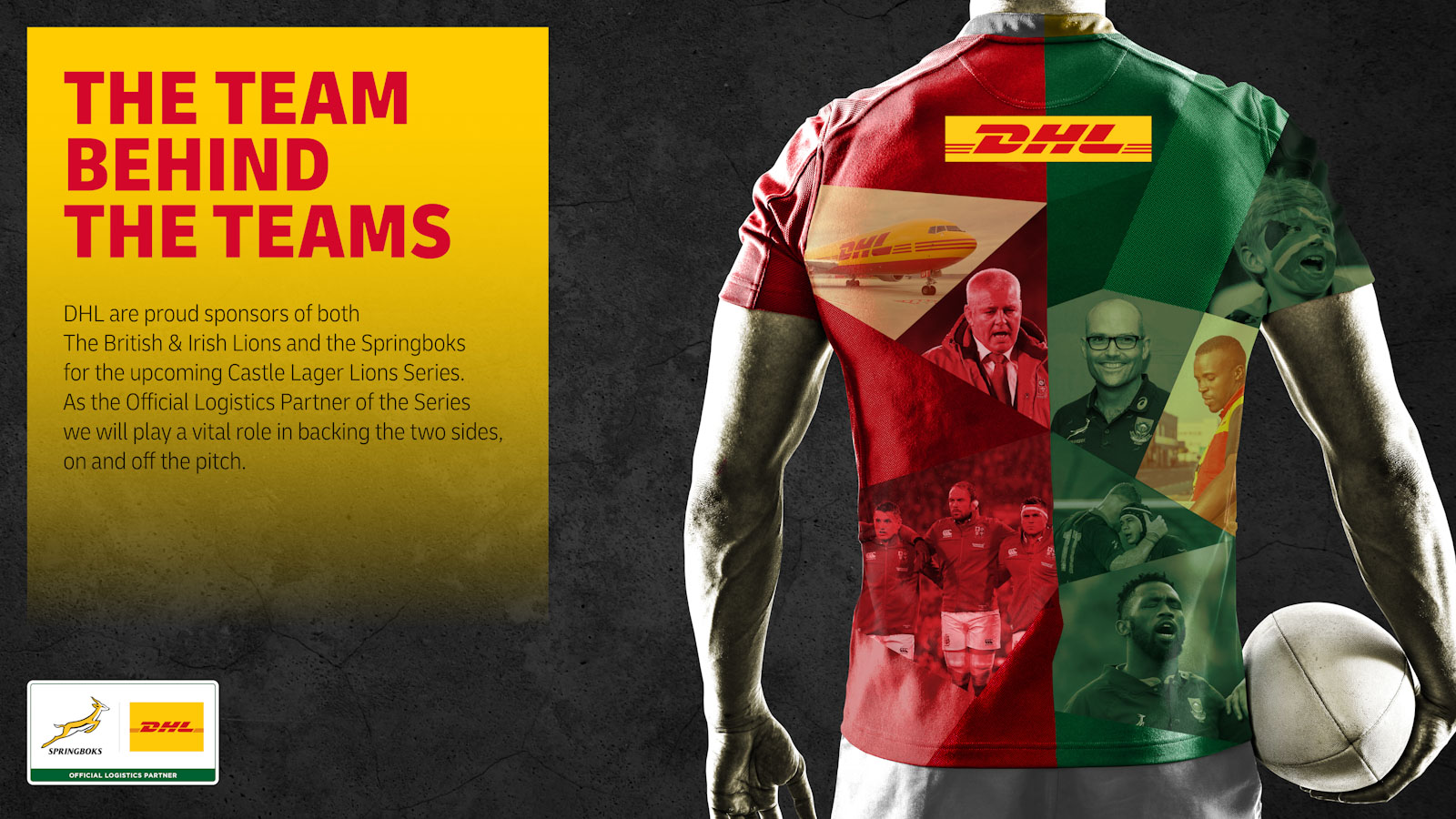 As with any tour, DHL understands that timing and delivery are crucial aspects of any Lions Series. Through shared values such as as excellence, speed and being the best in class, DHL will support the Springboks as they take on the touring Lions.

As with any tour, DHL understands the importance of timing and delivery when it comes to hosting the British & Irish Lions. Through shared values such as excellence, speed and best in class, DHL will support the Springboks as they take on the touring Lions.

With their delivery and logistics expertise, DHL will play a crucial role leading up to and during the Series as they are a key part of ‘The Team Behind The Teams’. They recognise the XV players on the pitch are only as strong as the support team behind them, and that we all play a vital role in backing the Springboks. The presence of the DHL logo on the back of the Springboks’ jersey shows they are physically behind the team, as well as highlighting their crucial commitment and support throughout the Series.

There’s no bigger part of ‘The Team Behind The Team’ than the famous Springboks fans and, to recognise this, DHL will be supporting them through exclusive content and monthly fan competitions, which can all be accessed here.

Whether you’re a fan in the stadium or at home, you’re all part of the team united behind the Springboks.

Stay tuned across @DHLRugby as they help prepare to deliver the greatest Series on earth.